Dublin Airport expects an average of 45,000 passengers each day

Dublin Airport expects an average of 45,000 passengers travelling through its terminals each day over Christmas.

But it says the traffic situation is more unpredictable this year, so final passenger numbers may differ from the forecasted levels.

The normal Christmas entertainment schedule at Dublin Airport has been postponed for a second year.

The airport will close on Christmas Day - the only day which it closes every year - and re-open on St Stephen's Day.

Christmas travel: What to expect in Irish airports

Megan, who is from Belfast, is waiting for her French boyfriend Taha.

She told Josh Crosbie for The Hard Shoulder they have not seen each other in months.

"Normally we'd see each other four or five times a year - but it was knocked down to one because of COVID.

"Making it difficult, but also making it stronger; so it's not all negative".

She says it's his first time here for Christmas.

"First Christmas over in Ireland and he's looking forward to it... he has been well-warned of what to expect of an Irish Christmas.

"But it'll be good craic. He's coming over from Biarritz in France.

"The last time we seen each other would have been July/August of this year - but before that, we hadn't seen each other for over a year because of the whole COVID situation." 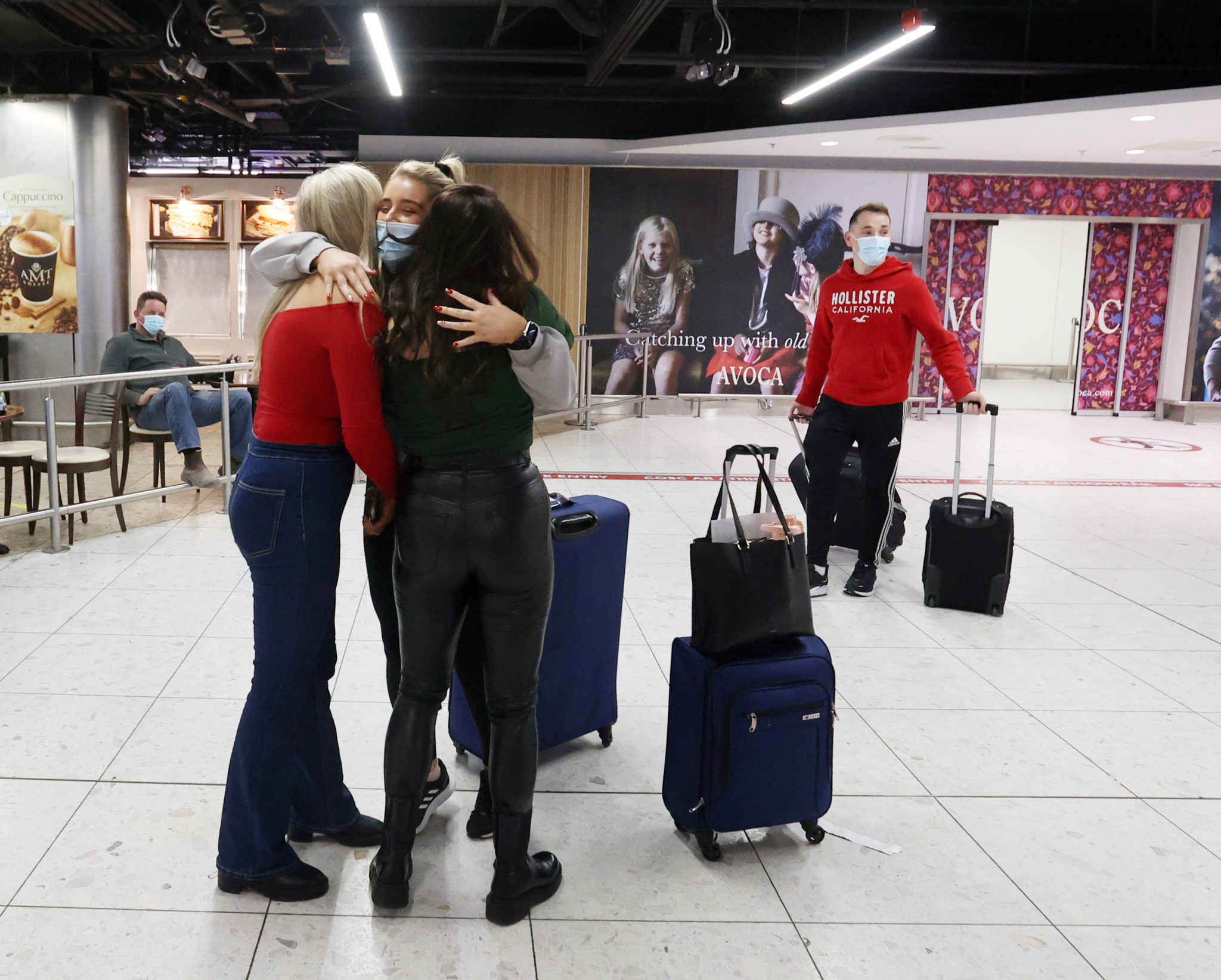 And she says Zoom, and other electronic ways, cannot compare to the real thing.

"But we got through it and it's been good."

On his arrival, Taha said: "I'm spending my first Christmas in Ireland with my girlfriend, and I'm really happy about it".

While another couple were waiting on their dogs - Ben and Rosie - who were coming all the way from Athens.

"We are very happy, we miss them... We came here to Ireland forever, I think," their owner says.

And he says the Irish weather will suit the two Huskies perfectly: "It's the best for them".

The happiness of families and friends reconnecting would brighten up any Monday.