It comes following a violent, homophobic attack on a man travelling on Dublin Bus in the early hours of Sunday morning.

Mark Sheehan (26) was left with serious facial injuries after he was headbutted.

"These things happen far too often,” he told The Hard Shoulder.

"There’s a big reaction at first but then nothing follows through.

"So I really want the Gardaí to follow through… and for something to finally start happening", he said. 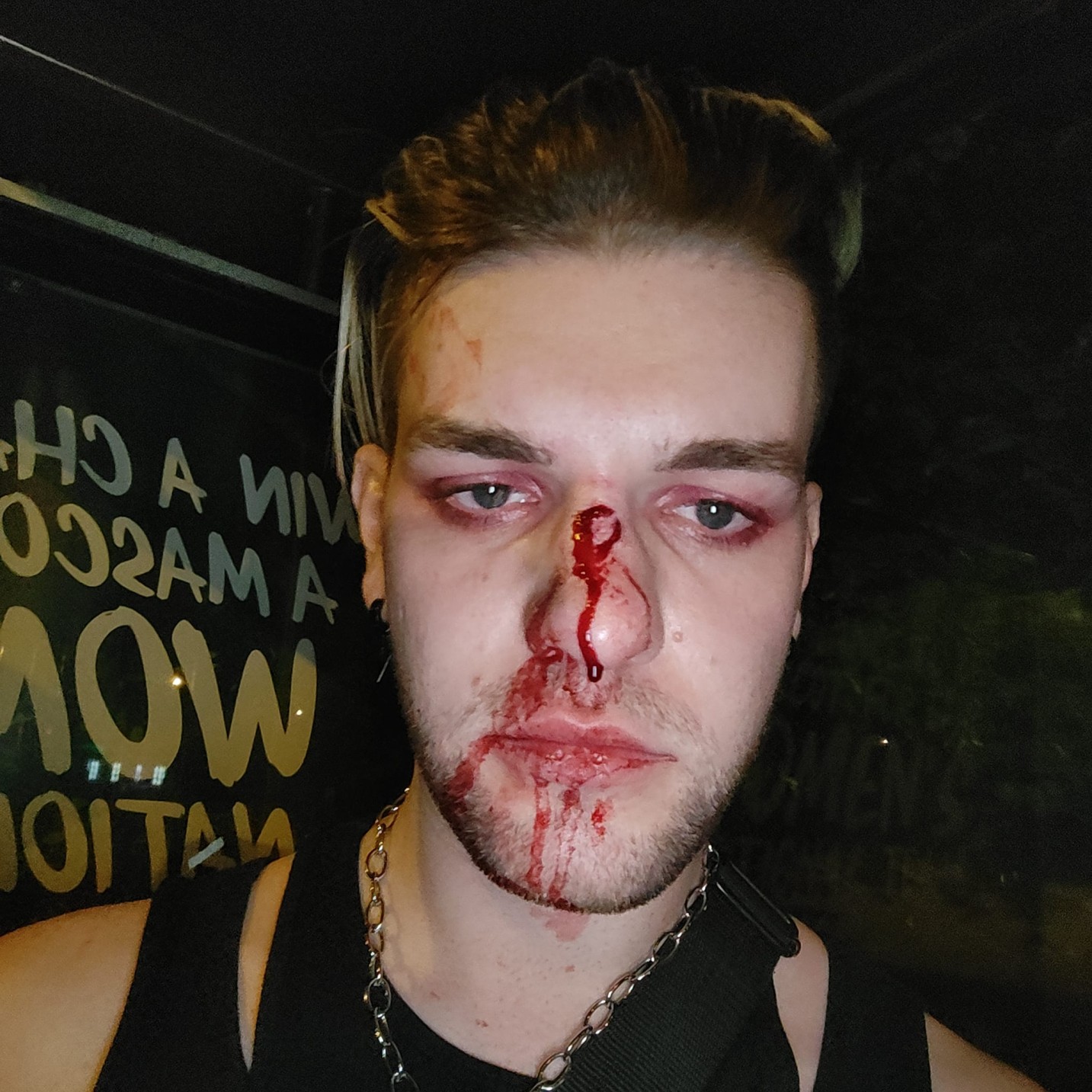 Mark Sheehan is seen after being attacked on a Dublin Bus

Fianna Fáil TD for Dublin South-West, John LaHart, says he is fed up waiting for the Government to establish a dedicated service.

"I'm growing increasingly impatient at the delay in a proper Government response to this.

"What we need to get to is a dedicated transport police, so that whether you and I - or anybody of any age or gender or race - is open to the possibility, a random possibility, that there may be a Garda onboard."

He says private security firms - like those used on the Luas or Irish Rail - are not the answer.

"They do not have the power of detention and arrest as the Gardaí do - the airport police have these powers.

"In London, they have London Transport Police and in other cities they do, that have the same powers as Gardaí, to detain and arrest.

"What [is] going to happen is a fall-off in the confidence of people using public transport. 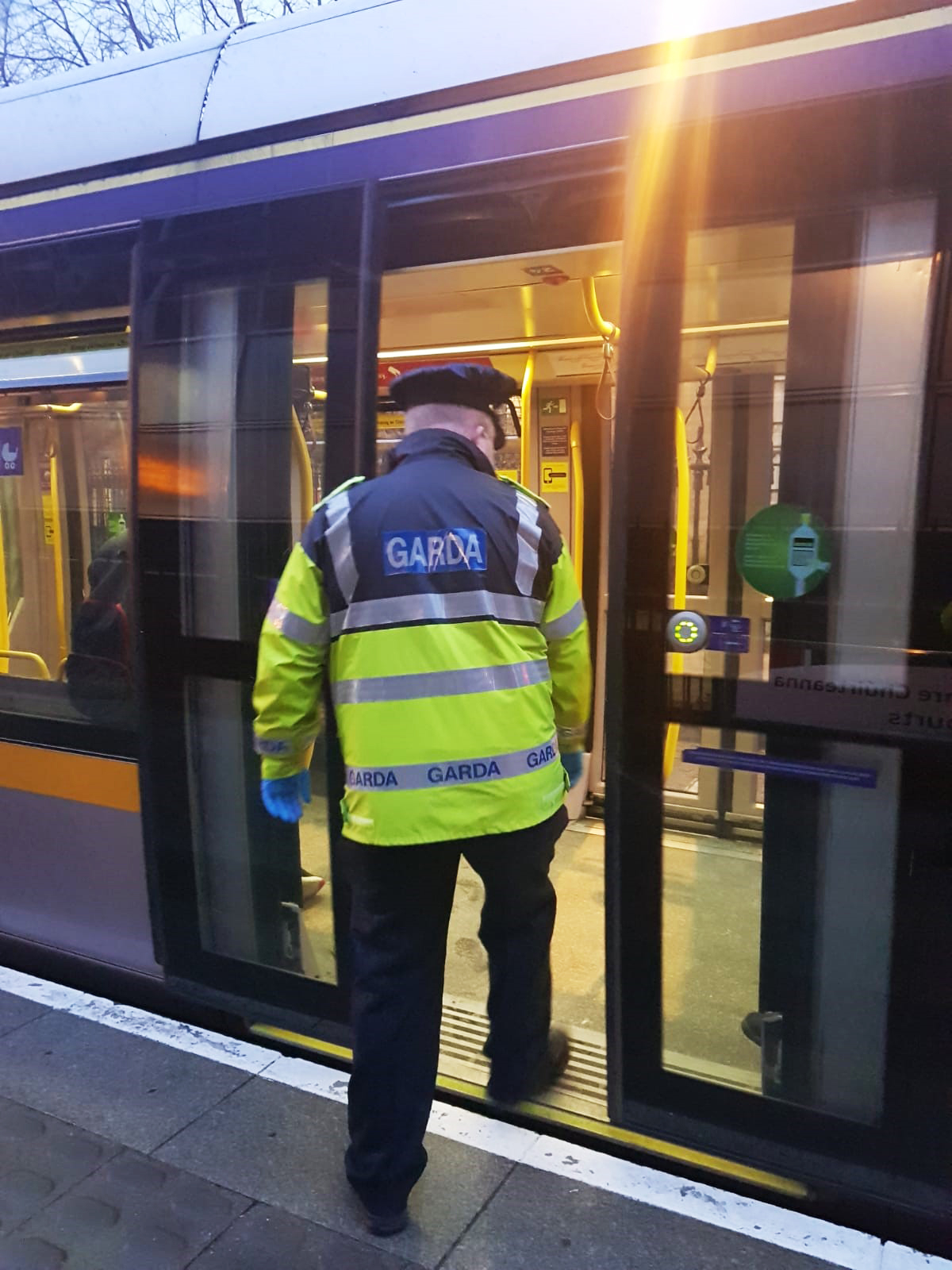 A Garda board a Luas tram in Dublin in February 2021. Picture via @gardainfo on Twitter

Deputy Lahart adds: "There needs to be a consistent approach to this.

"We must have a consistent and effective mechanism for security on public transport. People must feel safe."

"Unfortunately, such incidents have become far too commonplace, particularly on our public transport services", he says.

He appealed for anyone with any information in relation to the assault to contact Tallaght Garda station on 01-666-6000, the Garda Confidential Line at 1800-666-111 or any Garda station.

While on Monday Fine Gael Senator Barry Ward, who works as a barrister, suggested Dublin is far safer than comparative cities.

"If you look at any metric of policing or the level of safety in a large capital city like Dublin, it compares incredibly favourably to any city in Europe," he said.

"What we need to do is deal with that but also to put it in context of the fact that on any metric we are still safer than most places", he added.

Main image: Gardaí wearing face masks while on patrol at a Luas stop on Dublin's O'Connell Street in March 2021. Picture by: Leon Farrell/RollingNews