The Tánaiste Leo Varadkar has said the Government is considering banning the sale of alcohol aft...

The Tánaiste Leo Varadkar has said the Government is considering banning the sale of alcohol after a certain time of day.

He was speaking after new public health restrictions were announced on Wednesday.

As part of this schools will remain closed and 'click and collect' services will stop for non-essential shops.

Mr Varadkar told Pat Kenny the issue of on-street drinking will be doubled down on as part of these new restrictions.

"We're working on new public health regulations that strengthen the law in this regard around drinking alcohol in public streets, and that will give the Gardaí more powers of enforcement".

He said the actual sale of alcohol to takeaway is not the issue.

"When it comes to selling takeaway alcohol, that's not illegal - anybody who's getting their takeaway... you can get your bottle of wine or bottle of beer with that, nobody wants to ban that". 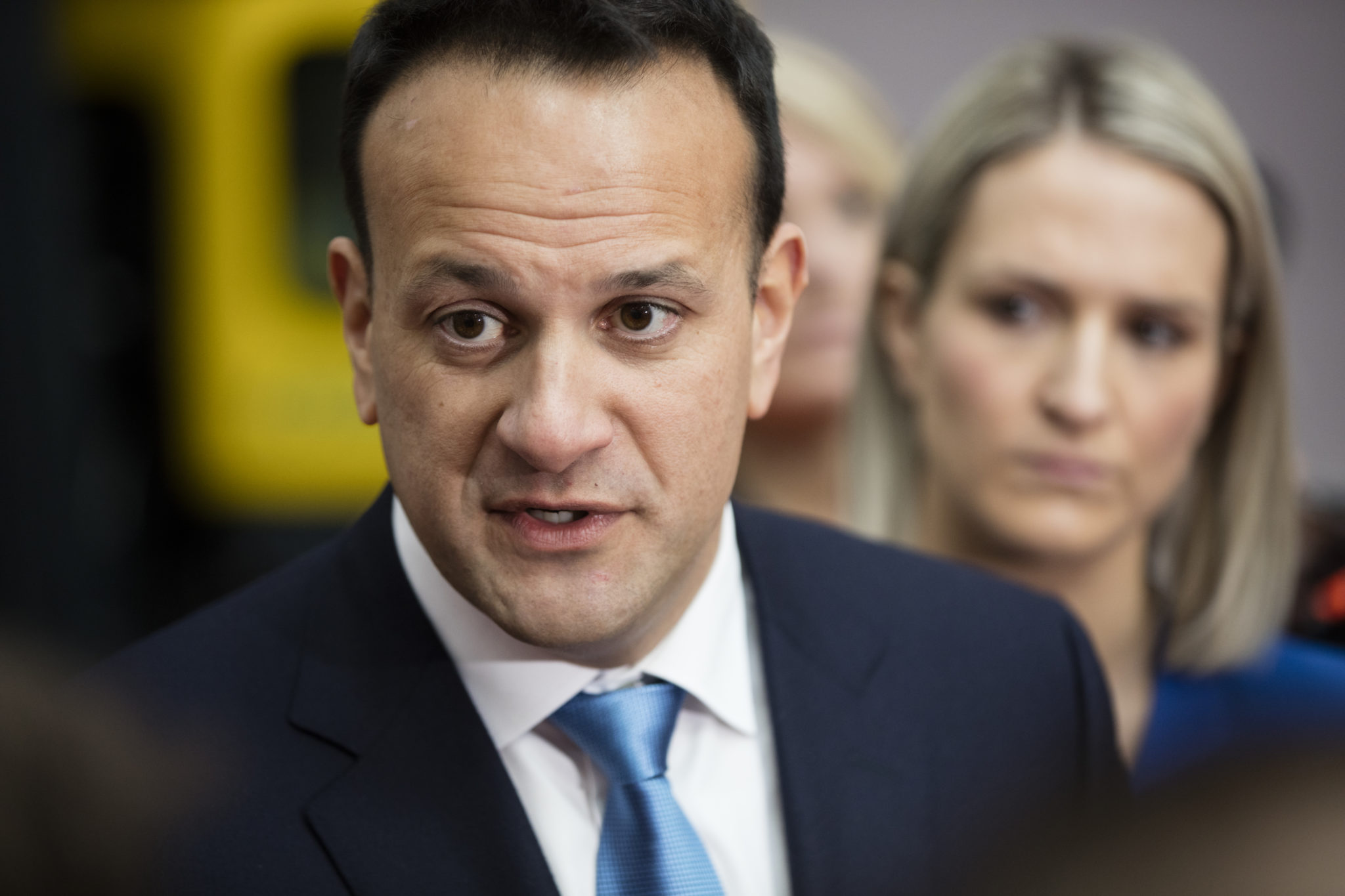 Leo Varadkar is seen at a media doorstep in January 2020. Picture by: Eamonn Farrell/RollingNews.ie

He said that "a lot of people are going to be relying on takeaways for the next couple of weeks".

"But it seems that the publicans kind of get around this by serving a pint and putting a lid on it - and that's not on".

Tánaiste @LeoVaradkar told @PatKennyNT this morning that the issue of on-street drinking will be doubled down on as part of new restrictions. pic.twitter.com/pYl7OZStcp

He said banning the sale of takeaway alcohol is not so simple, as other industries would be affected as well.

"But they seem to be getting around the law by giving you a traditional kind of pint and then putting a lid on it".

"We are looking at other measures then around the sale of alcohol - but it's actually not that straight forward."

Mr Varadkar explained that any move to ban so-called takeaway pints would also see a ban on takeaway alcohol for food takeaways and off licenses.

He said the Government is examining its options.

"So what we could potentially do is ban the sale of all alcohol after a certain point of time in the day.

"It's that type of thing that we're looking at".