A TD who says he hopes a proposed 'right to die' bill can be legislated for next spring, "or poss...

A TD who says he hopes a proposed 'right to die' bill can be legislated for next spring, "or possibly even a referendum".

The bill to legislate for assisted dying is to move to the committee stage, after being passed in the Dáil on Wednesday night.

The Dying with Dignity Bill would allow people with terminal illnesses to end their lives.

TDs voted in favour of the legislation by 81 votes to 70, after Government TDs were allowed a free vote.

The Government had wanted a special committee to be set up to examine the bill, but that proposal was defeated.

He explained to Newstalk Breakfast what limited circumstances it could be used in.

"The limited circumstances would be those that has a terminal illness that is incurable and progressive, and that will lead to that person's death.

"They're the parameters of the bill".

He also said the bill will not take illnesses not considered terminal - such as multiple sclerosis or chronic pain syndrome - into account.

"In relation to advanced age, anybody suffering from mental health issues, disability that doesn't come into the legislation at all.

"The safeguards are there, there's a huge oversight in relation to the bill itself.

"And obviously the bill when it goes to the committee stage can be changed, and it will.

"Opposition bills when they do go to this next stage - it's called pre-legislative scrutiny - they can be changed, sometimes dramatically.

Asked if he was surprised how quickly this passed in the Dáil, he said: "I knew it was going to be close, especially with a vote of conscience.

"The last few days I was thinking maybe the amendments was going to be successful, which in principal I wasn't against.

"We need scrutiny and we need oversight, and we need all the voices to be heard in relation to this".

He said issues will be teased out across several areas, with witnesses from "the medical side... the legal side and probably the most important side: the patient side where somebody's in that situation".

Asked about concerns over opposition from the medical community, he said: "I think that evolves all the time, and other jurisdictions where the law has changed that have evolved.

"And where doctors have come to the conclusion that patients' choice should be taken into account.

"It evolves all the time, Ciara, this situation - even take the medical side out of it - evolves even politically.

"I think people change their minds over time and say 'Look it, in this situation who am I to say to stop somebody to make that decision?'

"And that's what it comes down to".

Deputy Kenny said he is hopeful a report will be laid to the Oireachtas in early spring next year to be legislated for, "or possibly even a referendum".

'I am fully in support of this bill'

Patient advocate and cervical cancer campaigner Vicky Phelan has previously said she will campaign for the bill.

Speaking to Newstalk last month, she said: "I am fully in support of this bill - I was approached by Gino Kenny sometime over the summer.

"He told me that he was going to take on this bill and bring it forward and introduce it to the Dáil when they return in September, and wanted to know would I support him with campaigning for this bill to be brought forward.

"And I said 'absolutely' - I have a huge vested interest in this, I've done a number of articles about it already, and to be honest even before I was diagnosed with cancer I would have been in favour of it. 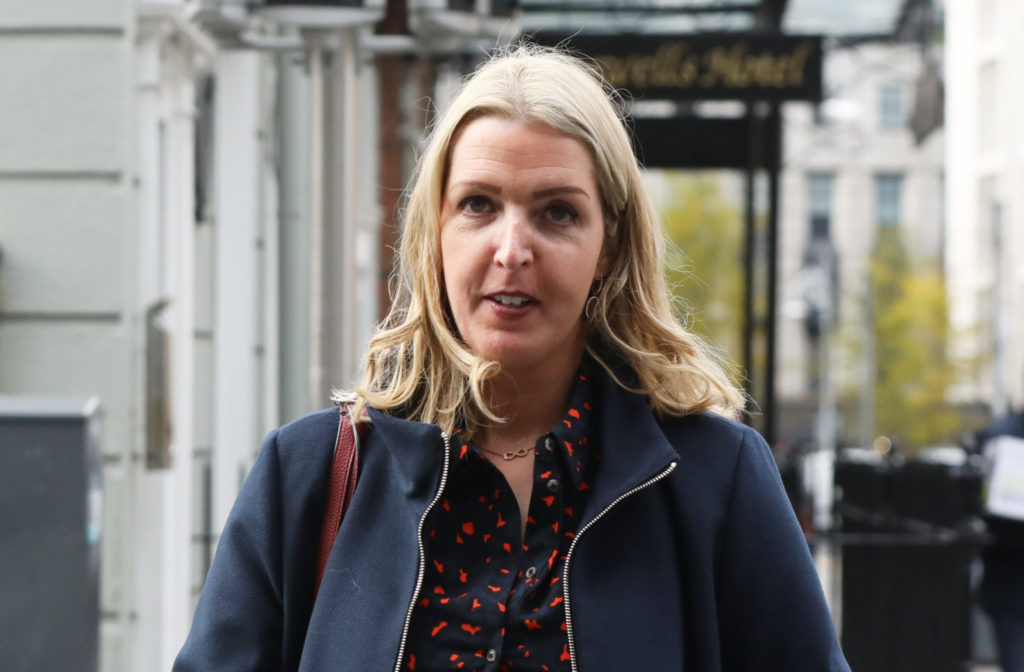 Vicky Phelan her way into the Dail in 2019 to hear the Taoiseach apologise to the victims of the CervicalCheck controversy. Picture by: Leah Farrell/RollingNews.ie

"I have seen people, family members, die who had been terminally ill with cancer.

"And I think until you see that, you don't realise how much pain and suffering some people are in.

"And while I strongly support palliative care - they do fantastic work - I do recognise that it cannot relieve all end-stage suffering.

"There is a period towards the end, particularly with some particular cancers, that it's very hard to control the pain - and mine is one of those cancers.