The social media site Twitter has analysed and put together data on how the general election play...

The social media site Twitter has analysed and put together data on how the general election played out.

It found that since the vote was called in January, there have been 500,000 tweets sent relating to the election.

Over the three weeks of campaigning, there were peaks at three specific moments: when the election was called on January 14th; during the RTÉ 'Prime Time' debate, and on polling day itself.

Just after 10.00pm, when exit polls were announced, 758 tweets were sent within 60 seconds. 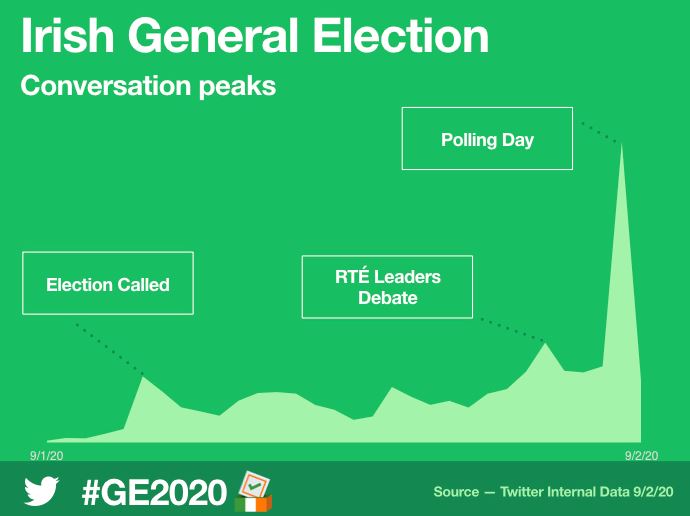 Within the first half hour of the polls closing, there were over 16,000 tweets being sent within that 30 minutes.

Throughout polling day - from midnight to midnight on Saturday - the most talked about leader was Fine Gael's Leo Varadkar.

And the most talked about parties on polling day on Twitter were Sinn Féin coming in first, Fine Gael second and Fianna Fáil coming in third. 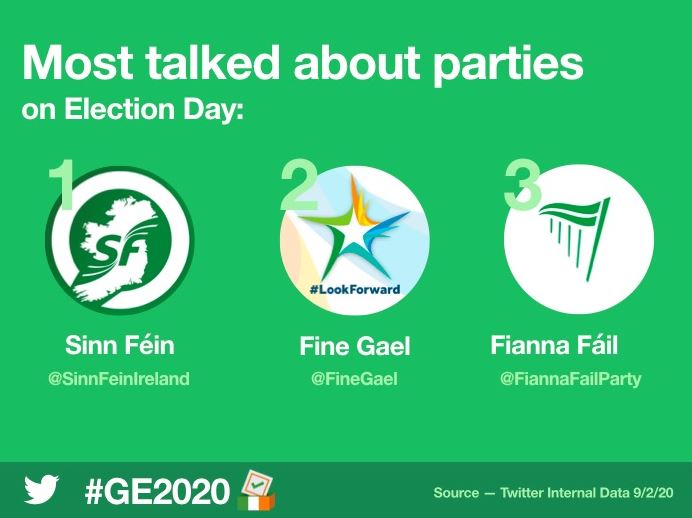 In the lead up to the election, Twitter put together a cross-functional election team made up of several of the company's top safety experts.

There were also members of its site integrity, legal, engineering and data science investigations teams in Ireland.

The platform announced last November that it was banning political adverts.

Ronan Costello is public policy Manager for Europe: "Throughout #GE2020 in Ireland, there was a consistently high level of positive and healthy political debate on Twitter between candidates, parties, voters, journalists, civil society groups, and interested election-watchers.

"As a real-time service, Twitter aims to be the window into critical political discourse - which was certainly the case throughout the three weeks of campaigning in the Irish general election".