Gay Byrne's funeral has heard the broadcaster was an extraordinary man, who had a remarkable presence in Irish life and was the "choirmaster" of the national conversation.

The President Michael D Higgins and Taoiseach Leo Varadkar joined names from the worlds of broadcasting, politics, and entertainment to pay their respects to his wife Kathleen and their family at St Mary's Pro Cathedral in Dublin.

The funeral cortege passed through the city centre, before his burial at St Fintan's Cemetery in Sutton.

The 85-year-old died on Monday following a long illness.

Fr Leonard Maloney, who is a family friend, officiated at the mass.

In his homily, he spoke about how Gay Byrne treated people.

"He knows what it is like for us to grieve now, to mourn the passing of an extraordinary man.

"For as long as most of us can remember Gay was a remarkable presence in Irish life - a consummate broadcaster and a veritable choirmaster of the national conversation." 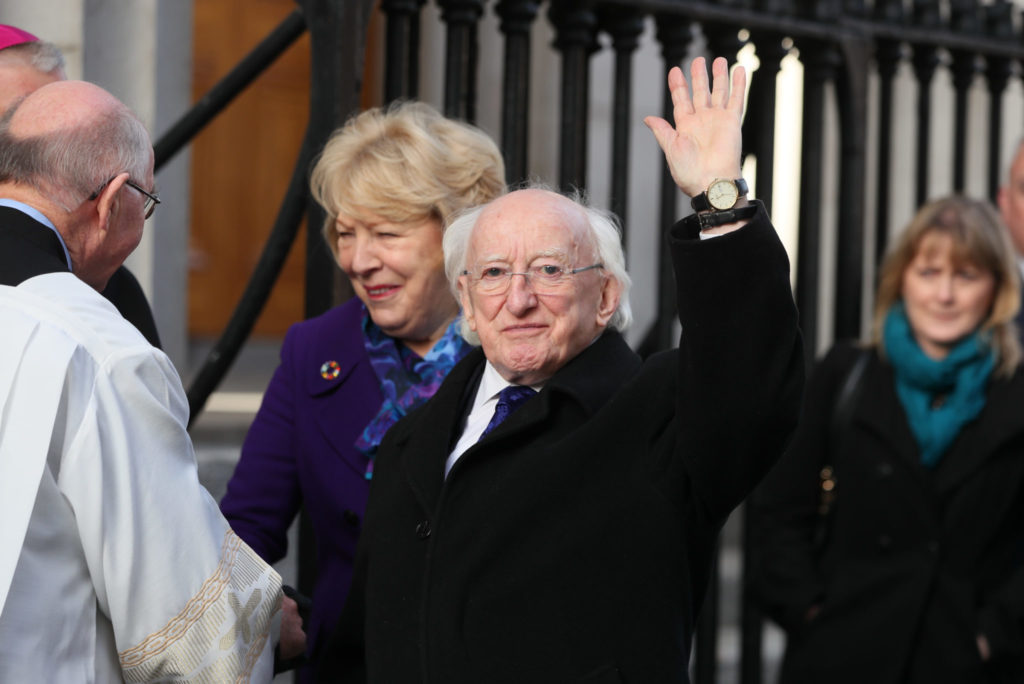 "Gay certainly knew all about paying attention. This was not merely a professional talent. It came from a deeper place than that.

"It came from a belief that nobody, no matter how ordinary they appeared to be, both to themselves and to others, was really ordinary after all.

"Gay often devoted large segments of his two-hour radio programme to reading extracts from the moving and often harrowing letters sent in by women from all over Ireland telling, perhaps for the first time ever, of sufferings and violations visited on them.

"He did this at a time when there was little space in the public realm for stories like these to be told.

"He let their voices be heard. He recognised their dignity and he validated their experience."

"Gay's programmes could of course engender controversy, if not downright fury, at times.

"But his sense of humour and witty ripostes could help diffuse potential time bombs.

"A bit of a comedian himself, he enjoyed and nurtured the irreverent or satirical humour of others.

"We laughed with him down the years. And laughter, as Pope Francis remarks in his letter 'Rejoice and Be Glad', is one of the ways of finding God’s joy." 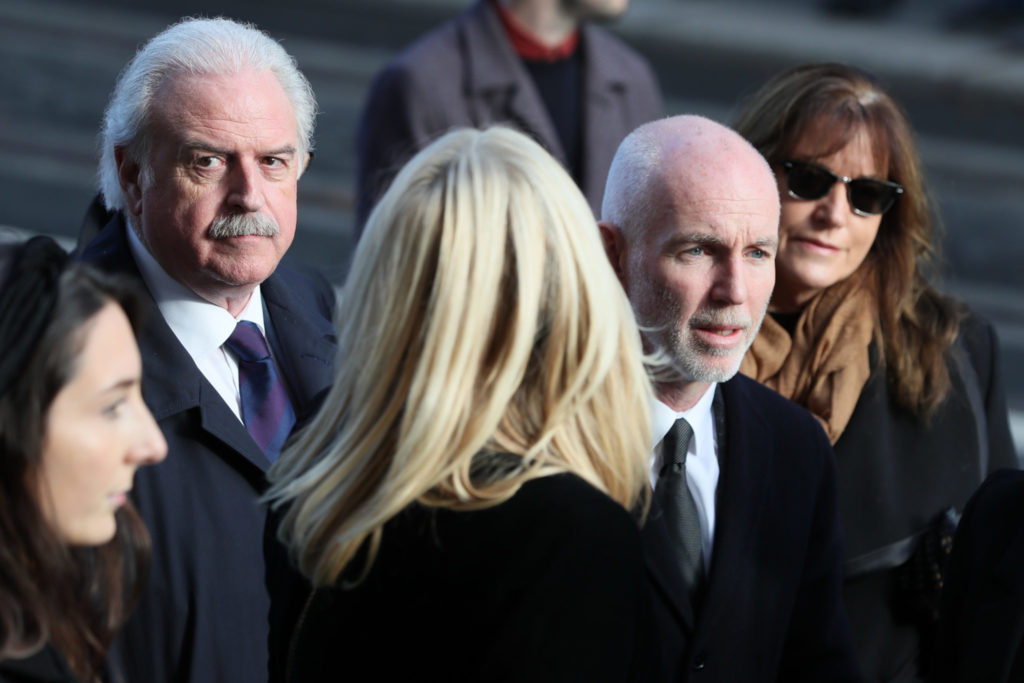 "We commend Gay to God on this November day, with the shadows of winter falling on us.

"But for Gay himself, as St John Henry Newman wrote in a letter to a grieving widow about her husband, 'Shadows have departed for him and he is with his God'.

"Echoing what you said Kathleen, in recent days, to your children and grandchildren.

"We follow Gay's cue from his interview: For a life well lived, Gay, for all that you were, all that you gave, and all that you will be, as you shine forth 'like sparks through the stubble’, we say Deo gratias. Thanks be to God."

"I think he did an awful lot of good for our country" - Gay Byrne’s friends, colleagues, listeners and viewers gathered at the Pro-Cathedral today. @HenryMcKean spoke to some of them. pic.twitter.com/4XXfyndIIg

The Prayers of the Faithful were read by Gay's grandchildren Cian, Sadhbh, Saoirse and Kathleen's grandniece Hannah.

Readings were given by Marie Louise O'Donnell and Moya Doherty.

While the former director-general of RTÉ, Bob Collins, also offered words of remembrance.