Born in 1934 in Dublin, his long career was kick started on the radio - when he joined Radio Éireann in 1958.

It became must watch television during Gay's 37 year stint at the helm.

Although conceived as a light entertainment show, the programme never shied away from subjects which challenged the views of a conservative Ireland. 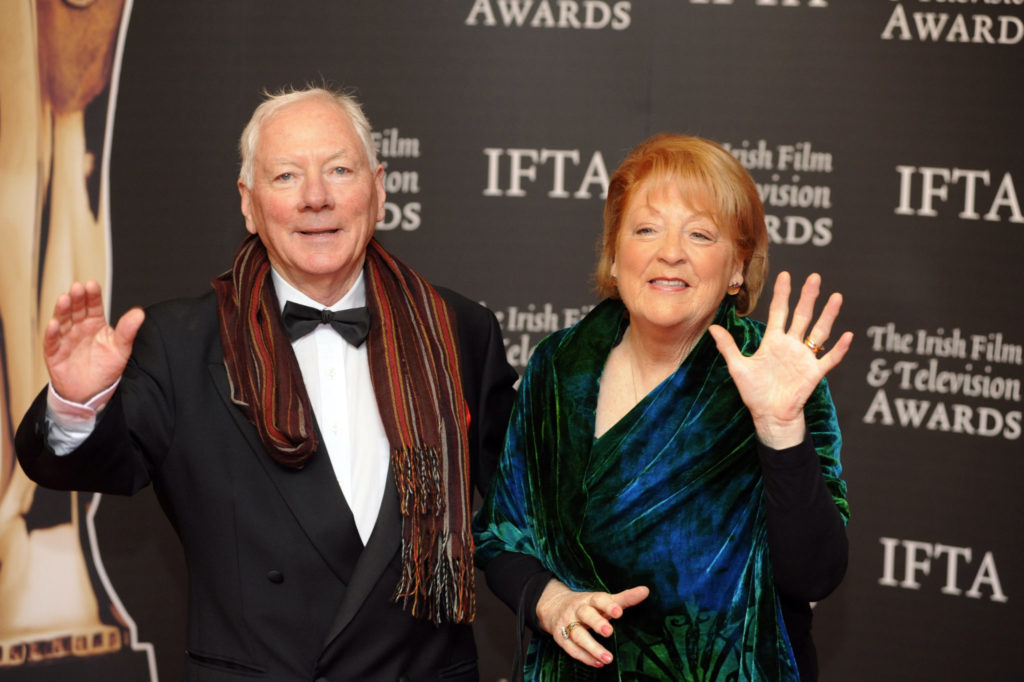 Gay Byrne with his wife Kathleen Watkins at the Irish Film and Television Awards at the Burlington Hotel, Dublin in 2009 | Image: Photo: Sasko Lazarov/RollingNews.ie

Viewers were captivated - whether it was the Bishop and The Nightie scandal, Byrne's compassionate response to calling a competition winner whose daughter had just died, and the hosts refusal to shake Gerry Adams hand.

Gaybo had a natural ability to move from the jovial to the serious - from interviewing Annie Murphy, to covering IRA bombings and giving Boyzone their debut.

Millions would also allow the Dubliner into their homes through the airwaves, with 'The Gay Byrne Show' running on RTÉ Radio 1 for 25 years.

He kept busy presenting the likes of 'Who Wants To Be A Millionaire' and 'The Meaning of Life'.

In 2004, the Irish Film & Television Academy awarded him with its lifetime achievement award.

Towards the end of 2016, he announced to listeners on his RTÉ Lyric FM show that he had been diagnosed with prostate cancer.