Man in his 40s shot dead in west Dublin

A man in his 40s has been shot dead in west Dublin. Gardaí in Lucan were called to the Foxdene a...

Man in his 40s shot dead in west Dublin

A man in his 40s has been shot dead in west Dublin.

Gardaí in Lucan were called to the Foxdene area of Dublin 22 at around 2:15pm this afternoon.

The man, named locally as David Lynch, died after being shot a number of times in the front garden of a house.

Emergency services attended the scene, which has been sealed off for a Garda forensic examination.

The man's body has been removed to the City Morgue in Whitehall, and a post-mortem exam will take place tomorrow.

Superintendent Paul Dolan of Lucan Garda Station called the shooting a "cold, callous crime at 2pm, on a busy day, with a man going about his business in a residential area".

He added: "It's a cause of serious concern to An Garda Síochana. We do have patrols in the area, and areas close by - I will be revisiting those patrols with a view to allay public concerns."

He added that the victim was known to gardaí.

Shortly after the shooting, a burnt out Peugeot Partner type van was found on fire at Buirg an Rí Glen, Clondalkin - near a local community school.

A gun was also found close by. 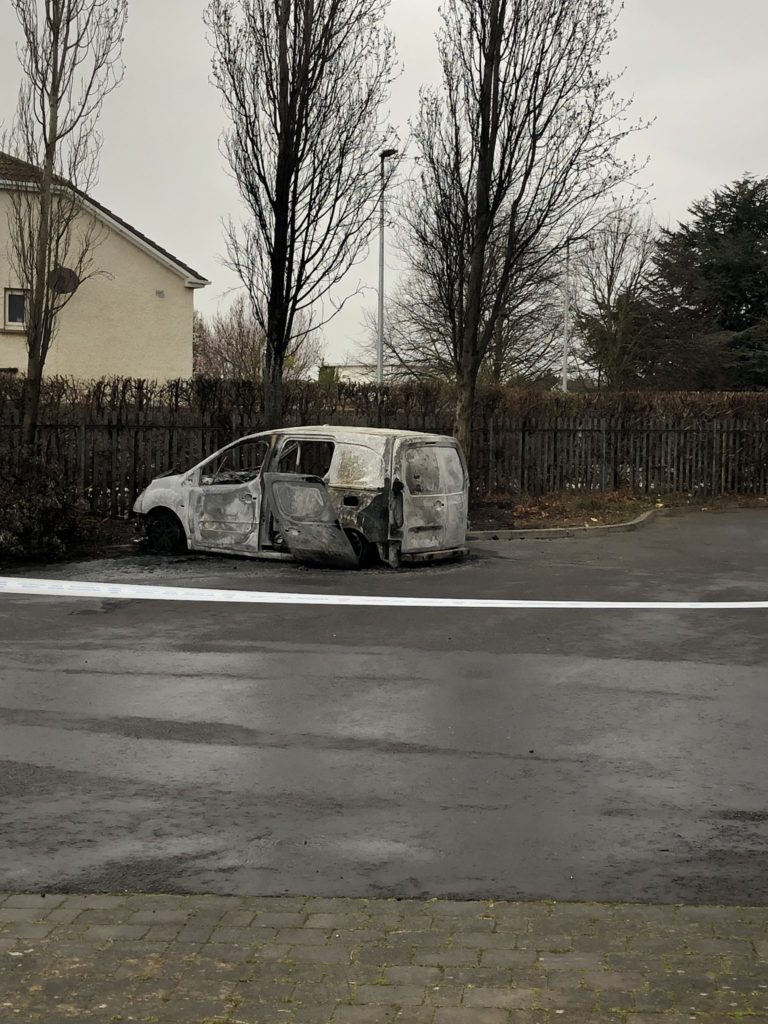 Burnt out van near the scene of the shooting. Image: Shane Beatty

At around 2:30pm, a silver Toyota Corolla was found on fire at The Paddocks Rise in Lucan.

Gardaí say they believe all three incidents - the shooting and the two burnt out vehicles - are connected.

They are now appealing for witnesses or anyone with information about the shooting to contact Lucan Garda Station on 01-666 7300, the Garda Confidential Line on 1800 666 111, or any Garda Station.

Superintendent Paul Dolan of Lucan Garda Station with the latest details on the latest killing which occurred just after 2pm today in Lucan: pic.twitter.com/5Ix1n4BQsN

Following the shooting, the Mayor of South Dublin County Council, Mark Ward, said people are nervous - even when out walking with their children - following a number of murders in the area in recent years.

He explained: "This area has had a fair number of tragedies like this over the years, and the trauma that this has on the community as a whole has a ripple effect.

"Community guards and people out visible on the streets again is really needed."

Main image: 01/03/2019 Pictured are gardaí and Garda forensics investigating a fatal shooting which occurred in the front garden of a house at Foxdene, Dublin 22. Photograph: Eamonn Farrell / RollingNews.ie