Gardaí have renewed their appeal to trace the whereabouts of 41-year-old Jon Jonsson. Jon, who i...

Gardaí have renewed their appeal to trace the whereabouts of 41-year-old Jon Jonsson.

Jon, who is from Iceland, was last seen in the Whitehall area of Dublin at approximately 11.00am on Saturday February 9th.

He is described as being 6 foot tall, of medium build and with short brown hair.

Jon had a hotel room key card from the Bonnington Hotel, formerly known as the Regency Hotel, in his possession when he went missing. 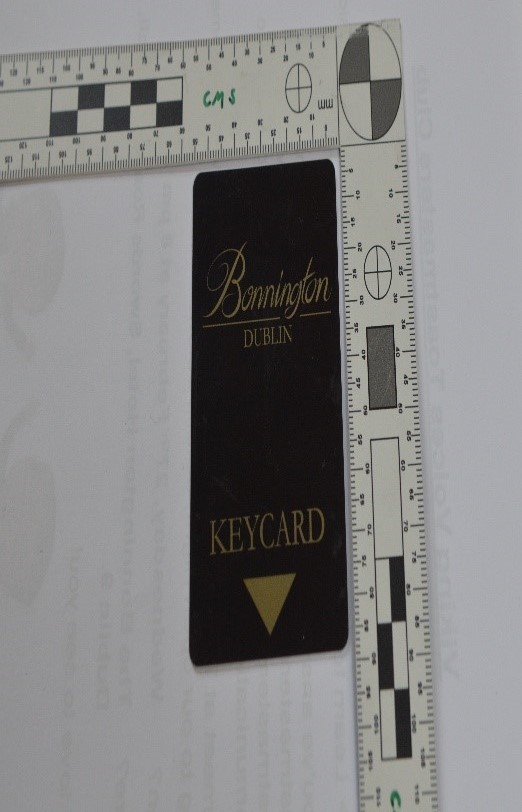 A room key which Jon Jonsson would have had in his possession | Image: An Garda Síochána

Despite ongoing searches, he has yet to be located.

His family members are anxious to make contact with him and are concerned for his well-being.

Anyone who has seen Jon, or who can assist in locating him, is asked to contact Ballymun Garda station on 01-666-4400, the Garda Confidential Telephone Line at 1800-666-111 or any Garda station.

His mother, Hanna, told Newstalk Breakfast in February she was convinced her son was still here.

"I just have to be strong for my son - it's that that keeps me going".

"I have been contacting people, talking to people... and I've been trying to help all the things.

"My mind is thinking and trying to figure out what happened to him.

"There are many, many things - it has been going a lot through my mind.

"He always let us know".

"I think something else has happened... I know he's here, I feel it - but where I don't know".

"I'm a mother; this is the worst thing so I have been up and down.

"I try to be strong, stay strong, but I have been strong here - and I'm here for my children because we need to stay together."

"I'm not leaving here until I take him home", she added.