Gardaí have formally objected to the Berlin Bar in Dublin city getting its licence renewed.

It comes after footage emerged of alleged non-compliance with COVID-19 social distancing rules in August.

A video went viral of a masked staff member of the bar, on Dame Street in the capital, pouring shots into the mouths of dancing customers.

The event had been advertised as 'a very boozy baked brunch with your buds'. 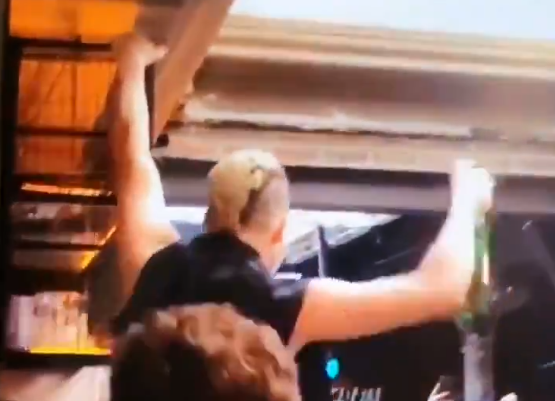 The bar's manager described the video at the time as '20 seconds of madness' and that it 'didn’t reflect what went on that day.'

Gardaí went to the Dublin District Court on Thursday and formally objected to the Berlin Bar retaining its licence.

A Garda sergeant told the judge it was on the basis of non-compliance with COVID-19 regulations.

A full hearing will take place next month.

Main image: A sign for the Berlin Bar on Dame Lane in Dublin city centre. Picture by: Sasko Lazarov / Rollingnews.ie