Gardaí are investigating after they discovered a suspected shebeen operating in Rathkeale, Co Li...

Gardaí are investigating after they discovered a suspected shebeen operating in Rathkeale, Co Limerick.

During patrols in the town yesterday at around 4pm, they were alerted to activity at the rear of a former licensed premises.

While they were carrying out inquiries, a number of people fled from the building through another house.

Gardaí entered the premises and discovered a number of people "socialising inside" with large amounts of alcohol and playing cards while two open fires were lighting.

The premises is not licensed to trade alcohol, Gardaí said in a statement.

They took details of everyone present. 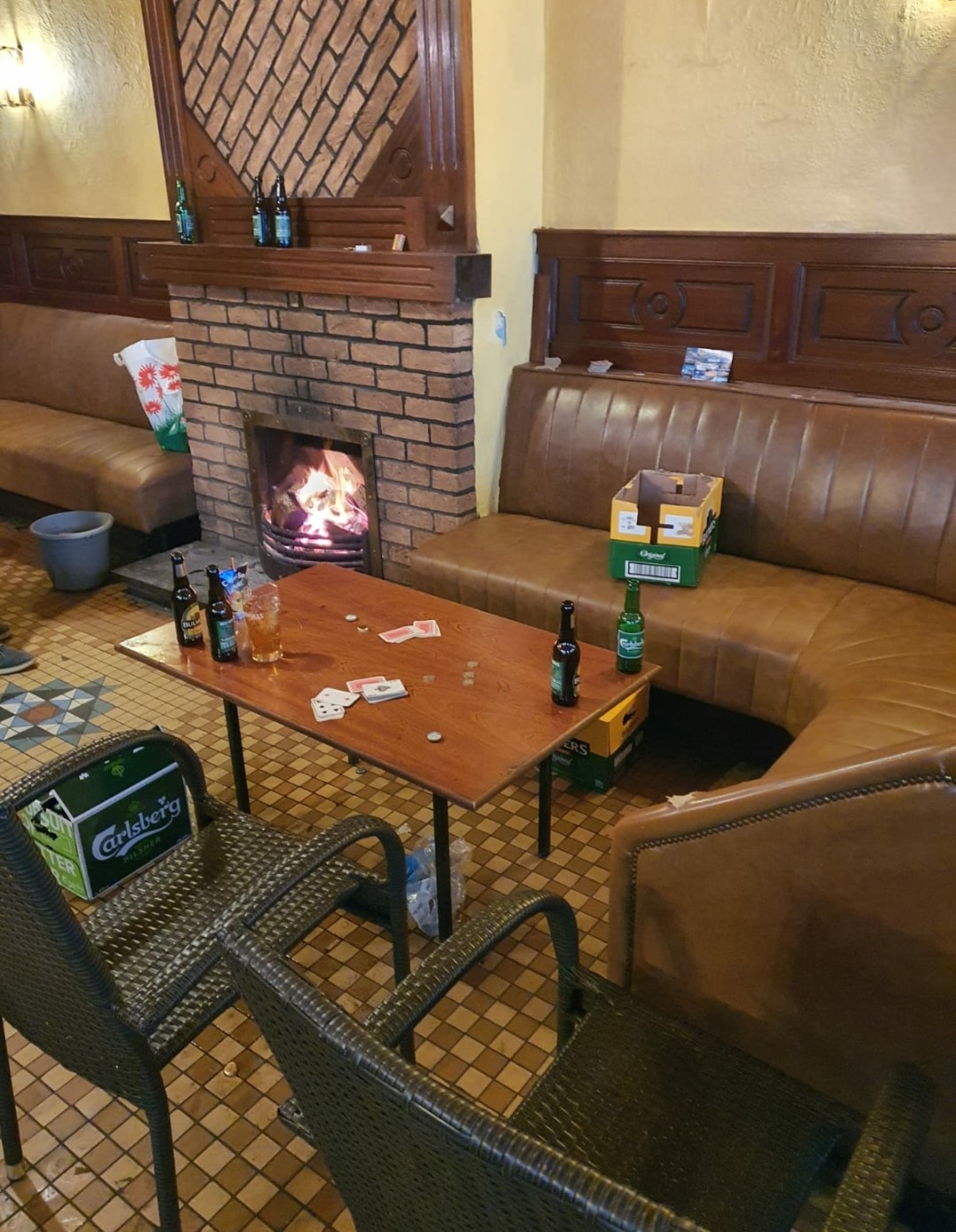 Investigations are now underway into the use of the unlicensed premises for drinking alcohol and the breach of COVID-19 public health regulations.

A file will be prepared and forwarded to the Director of Public Prosecutions.

Gardaí in Newcastlewest are appealing to anyone who may have information on the operation of the premises to contact them on 069 20048 or the Garda Confidential Line on 1800 666 111.

Their investigations are ongoing.

It follows the discovery of another suspected shebeen operating in Co Kildare on New Year's Eve.

Gardaí are investigating after 15 people were found inside the shed at the rear of a house close to Kildare town.

Government withdraws plans to introduce fines for drinking alcohol outside