A drive-in movie business said it has been left in limbo, after Gardaí warned it is in breach of...

A drive-in movie business said it has been left in limbo, after Gardaí warned it is in breach of COVID-19 guidelines.

Retro Drive-In Movies re-opened on April 29th along with other outdoor amenities.

The company, which shows films on a giant LED screen while customers use their car radios to listen in, has operated since 2016.

"We fought hard last year to get Drive-In Movies actually put into the legislation to differentiate it from your regular, traditional indoor cinema.

"You don't actually have to get out of the car if you don't want to, we can scan the ticket through your window, 'click and collect' on food, all of that kind of stuff". 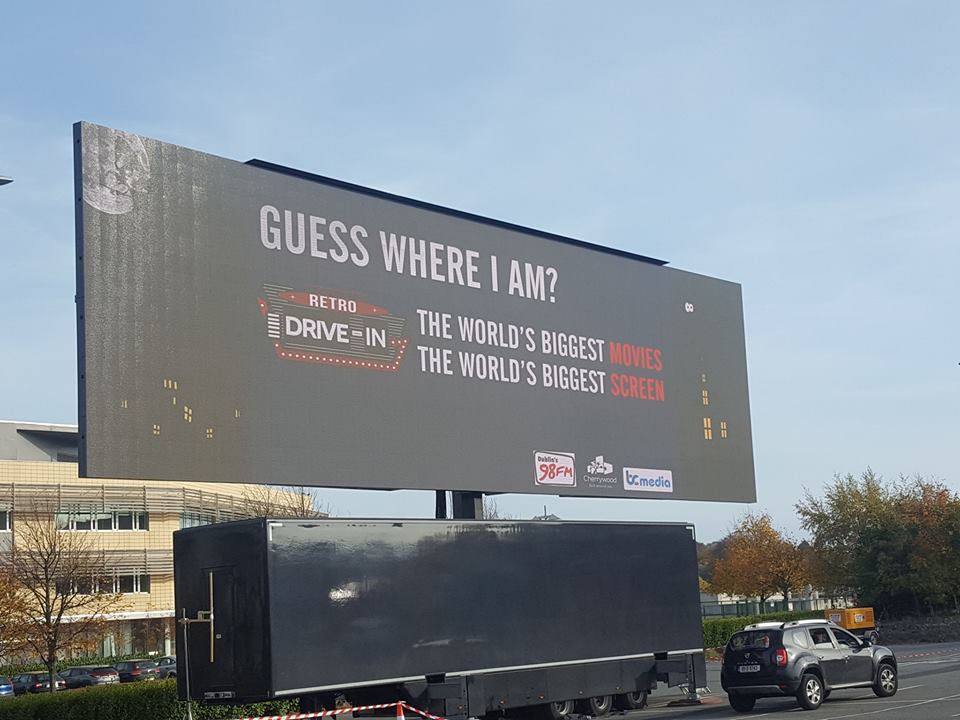 He said they sought clarity over the re-opening of 'outdoor recreational amenities', but did not get any.

"We tried to get clarification and a definition from some Government departments all through the month of April.

"They gave a couple of examples, like zoos and pet farms, but other than that there was nothing else".

He said they went ahead and re-opened, on the basis that certain businesses - circuses, aquariums and caravan parks - had to stay shut.

"There was nothing there that said drive-in movies couldn't operate."

But he said Gardaí called their Cork outlet on Tuesday to clarify that the latest regulations do not permit drive-in movies, and they will be in breach if they stay open.

"Obviously that came as a big shock to us - it wasn't just for Cork, it meant that we had to close our business in Leopardstown.

"It just puts us in a really difficult position - we had movies booked for this weekend, we've everything in place and we're now in this limbo situation."

He said they have again tried to get clarification on the situation.

"By the letter of the law and how the legislation is written now, we're not permitted to proceed this weekend.

"What we're hoping for is just that common sense prevails and we're able to just operate a business that we have put our heart and soul into".

🛍 You can go shopping
💇‍♀️ To the hairdressers
🎨 Gallery
🎭Museum
👯‍♂️Meet 3 people outdoors
BUT
🚗 You can’t sit in your car with family/housemate & watch a movie 🎥 outdoors....

The organisers of the cinema have now set up a public petition in a bid to gain support for reopening.

Minister of State and Dublin-Rathdown TD, Josepha Madigan, said even she was confused.

"Just like Ryan I was completely confused when I heard this.

"I'm not sure if Ryan is aware, but when I was at Cabinet last year it was me who actually brought this up at the Cabinet meeting.

"I made the case to keep Retro Drive-In Movies open and I persuaded Simon Harris, when he was Minister for Health, and the Attorney-General's office to make a clear distinction between indoor and outdoor cinemas.

"And the statutory instrument for June the 8th reflected that change, and it allowed outdoor cinemas to remain open".

But she said when she looked into this latest update, from May 9th, it had changed.

"I see that in October/November last year the distinction was still included.

"But for some reason the latest statutory instrument of May the 9th of this year, which allowed for the re-opening of a number of outlets, has dropped the distinction between indoor and outdoor".

Minister Madigan said whatever the reason or issue, it needs to be rectified.

"I've brought this to the attention today with Minister Donnelly, I've spoken and been in touch with his office.

She said she is hoping to hear back from the Health Minister Stephen Donnelly "as soon as possible".