The leaders of the world's wealthiest democracies have committed to providing one billion doses o...

The leaders of the world's wealthiest democracies have committed to providing one billion doses of coronavirus vaccines to poorer countries over the next year.

At the end of a three-day meeting in Cornwall, the British Prime Minister described the pledge as one of the "triumphs" of the G7 summit.

However, the World Health Organisation has challenged G7 leaders to help vaccinate at least 70% of the world's population by the time they meet again next year.

This target would require 11 billion doses, according to the WHO.

"This is another billion (doses) made up of a massive contribution by the United States, other friends - the UK putting in another 100 million," Boris Johnson said.

"This is June to June - now until next June - and don't forget this vaccine has literally only been invented very recently, these vaccines have only come onstream very recently."

A target to vaccinate the world by the end of 2022 will be done "very largely thanks to the efforts of the countries who have come here today", he stated. 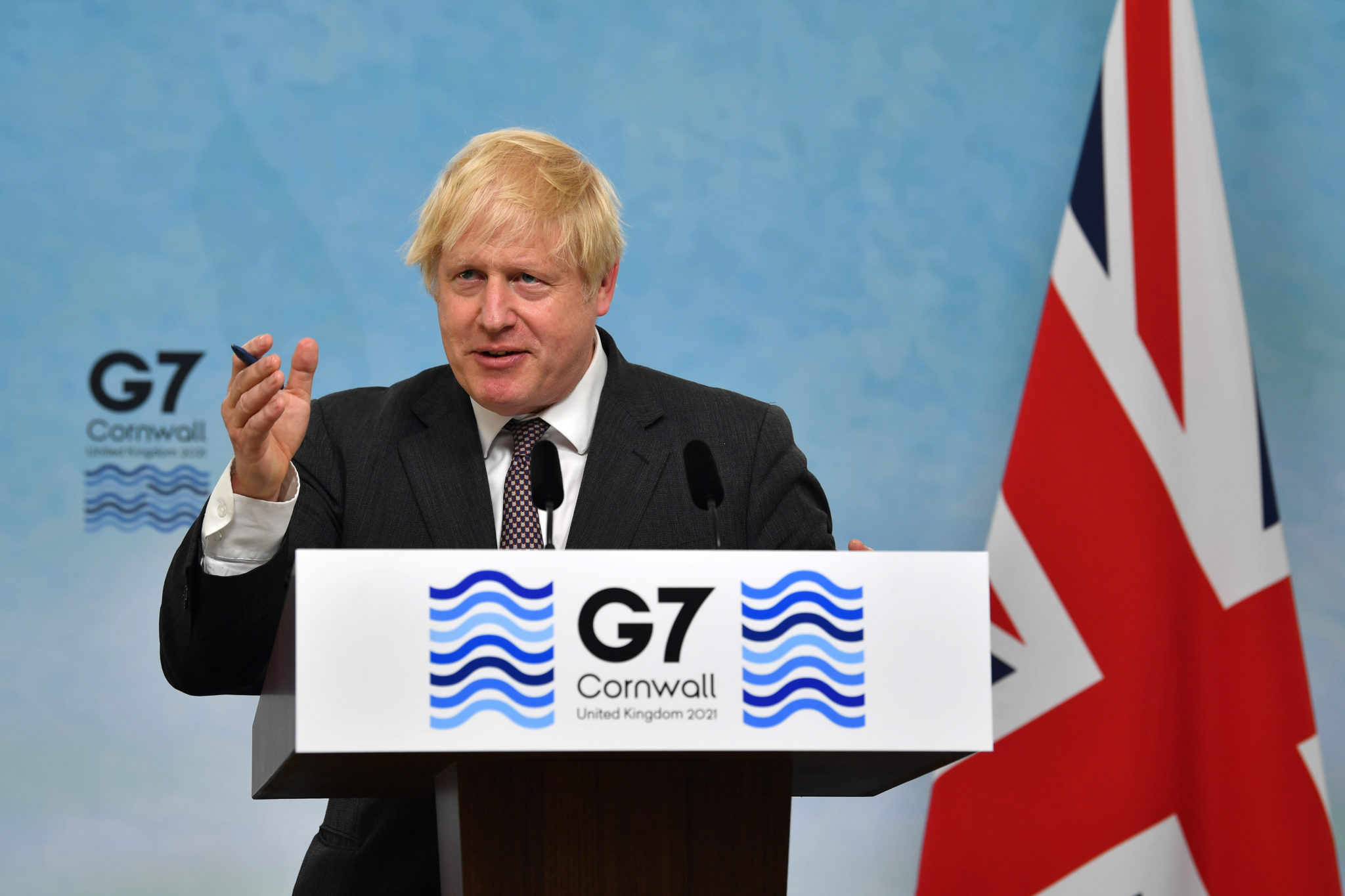 UK Prime Minister Boris Johnson during a press conference on the final day of the G7 summit in Cornwall. Credit: PA

Following the conclusion of the G7 summit, a group of leading charities accused the leaders of having "fallen disappointingly short".

Organisations including UNICEF UK, Crisis Action, and Action for Global Health said in a joint statement: "The success of this year's G7 summit should be judged by whether leaders have put their money and resources where their mouths are.

"Without 10 billion vaccines, the removal of patents and investment in healthcare systems pledges to inoculate the world by the end of next year ring hollow."

However, lingering Brexit tensions were also on display between the UK and EU leaders.

It comes as the Taoiseach said it would be "very problematic" if the UK Government tries to override parts of the Brexit deal again.

Micheál Martin said the UK Prime Minister should also "very seriously consider" an agreement with the EU to eliminate "up to 80% of checks" on goods crossing from Great Britain to Northern Ireland.

Speaking after the gathering of world leaders concluded this afternoon, Mr Johnson denied that a continuing UK-EU row over post-Brexit arrangements for Northern Ireland had left a "sour taste" at the summit.

"I can tell you that the vast, vast majority of the conversations that we have had over the last three or four days have been about other subjects and there has been a fantastic degree of harmony between the leaders of our countries," he said.

Johnson admits he attended party at Downing Street during lockdown