Thousands of people in Dublin have gathered for a demonstration calling for action on the housing...

Thousands of people in Dublin have gathered for a demonstration calling for action on the housing crisis.

Demonstrators gathered at Parnell Square for the 'Raise the Roof' protest, before marching down O'Connell Street and towards the Custom House.

The campaign is being organised by a coalition of trade unions, campaign groups and homelessness charities.

Speakers at a rally outside the GPO include homeless campaigner Father Peter McVerry, while musicians including Damien Dempsey and Paddy Casey have also been taking part.

The demonstration has been backed by groups including the National Women's Council and the Irish Congress of Trade Unions (ICTU).

‘Being homeless is not the fault of an individual. No person chooses to be homeless. We need to make housing an issue in elections. We need our elected reps to act and build those houses’ - Orla O’Connor, NWCI Director #RaisetheRoof pic.twitter.com/QWT1589f54

Anthony Flynn from Inner City Helping Homeless was among those taking part.

He said: "The march is being-led out by community groups, NGOs, Damien Dempsey.

"We're all protesting in regards to atrocious housing and homeless conditions right across the country - the lack of social housing and affordable housing builds." 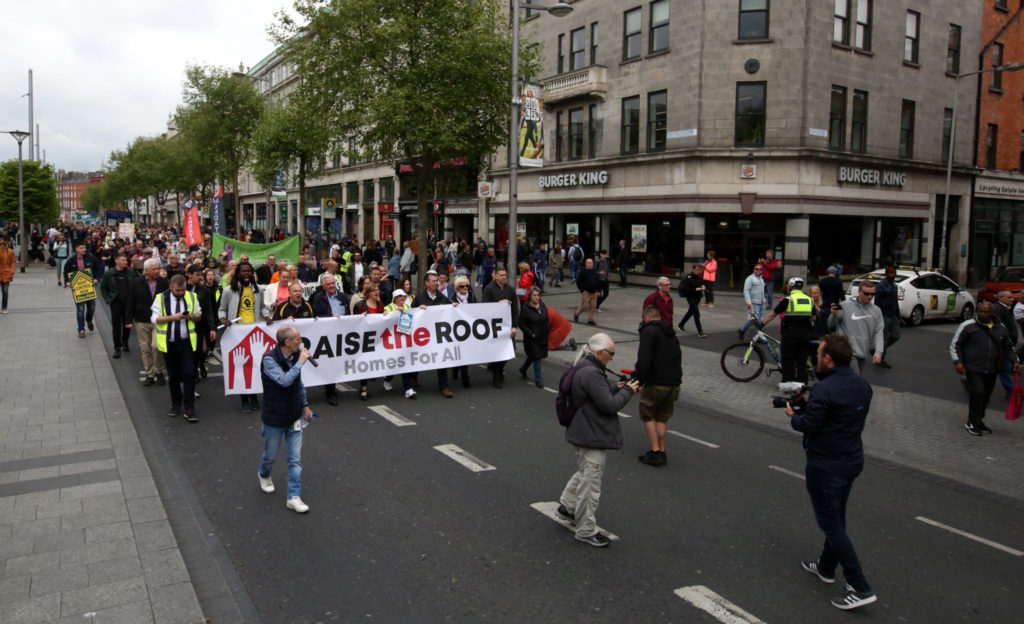 18/5/2019 Homeless Protests. Protesters from Raise the Roof Housing Rally leaving from Parnell Square to walk down O Connell Street Dublin. The Protest is over the housing crisis. Photo: Sam Boal/RollingNews.ie

#RaisetheRoof protest march finishes with a concert outside the GPO on O’Connell Street.@DamoDempsey now on stage pic.twitter.com/uh1g6EUB2b

Writing in the Irish Independent this morning, Housing Minister Eoghan Murphy said: "It is Government policy to introduce tenancies of indefinite duration in further legislation later this year.

"Currently, a landlord can evict a tenant after six years without reason. That will change."

He suggested the Government is "open-minded" on the proposal that a right to housing be enshrined in the Constitution.

Minister Murphy also said there are ongoing efforts to extend rent caps and close down loopholes.

He said: "The key to providing a proper rental service is that people are able to rent for life - that's what happens in other countries in Europe. It is one of the big obstacles to encouraging rental in Ireland - that you don't have any security of tenure.

"The Minister's proposals are a tiny, tiny little baby step in the right direction. We need far, far more radical action than this.

"The Government [is] proposing extending the notice that tenants have to be given before they are evicted - that's just kicking the can down the road." 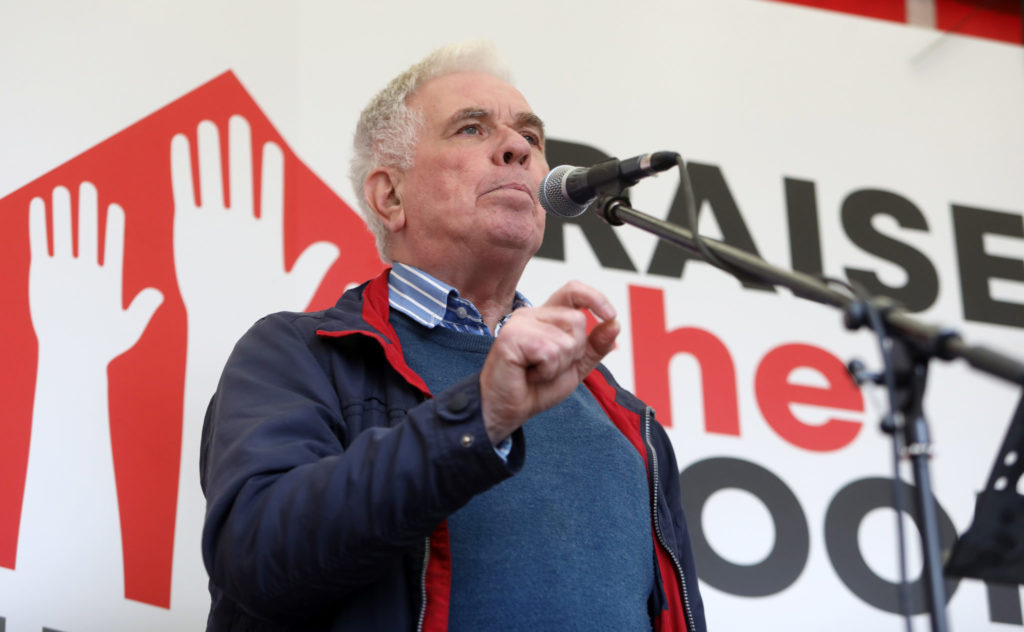 3/010/2018 - File photo of Father Peter McVerry speaking at a protest taking place outside the Dail over the accommodation crisis. Photo: Leah Farrell/RollingNews.ie

Fr McVerry said his proposal is that for three years it should be illegal in most cases for landlords to evict tenants.

He argued: "That will be an inconvenience for some landlords, but that is all it will be. The alternative is thousands of families experiencing the trauma of homeless over the next three years.

"While I welcome what the Minister is saying, it really doesn't go anywhere near far enough to address this emergency."

In today's Independent article, Minister Murphy claims banning landlords from evicting a tenant because they intend to sell a property is a 'bad idea'.

However, Fr McVerry said he doesn't think such a ban will prevent landlords entering the market.

He observed: "What is encouraging landlords coming into the market is the obscenely high rents that they can charge.

"The vast majority of landlords are decent, caring, law-abiding landlords. I think most landlords would accept the fact: 'look, we have a housing emergency, we'll put up with a little inconvenience to deal with this emergency'".

He said exceptions to any ban would be in cases such as when a tenant is dealing drugs from a property.

Jim O'Callaghan on FF's chances in Dublin by-election: 'I believe we will perform well'