Formal apology over CervicalCheck scandal likely during next Dáil term

The Taoiseach will issue an apology to the women impacted by the CervicalCheck programme failures...

Formal apology over CervicalCheck scandal likely during next Dáil term

The Taoiseach will issue an apology to the women impacted by the CervicalCheck programme failures in the next Dáil term, the Health Minister has said.

Leo Varadkar and Simon Harris met with members of the 221+ patient support group earlier, where a number of issues regarding the national screening programme were discussed.

The group was set up last year after it emerged 221 women with cervical cancer received incorrect smear results.

It came a day after a rapid review found over 4,080 women had delayed test results communicated to them as a result of an IT problem at US lab.

Minister Harris described the meeting as very useful and says the Government will continue to engage with patient advocates going forward.

He explained: "I don't want to breach the confidence of that meeting.

"It was a really useful opportunity to catch up on a number of important issues in relation to our screening programme... and a chance for both the Taoiseach and myself to thank Lorraine and Stephen for the work they're doing."

Minister Harris reiterated that there will be an apology to affected women and families, and said it was discussed during today's meeting.

"I would expect that apology would be forthcoming in the next Dáil term."

He added: "I also want to say I think the leadership shown by Paul Reid yesterday was very significant... the fact that you would have the new CEO of the HSE stand up, take full responsibility and apologise... and not just do that, but say here what we're going to do to make it better." 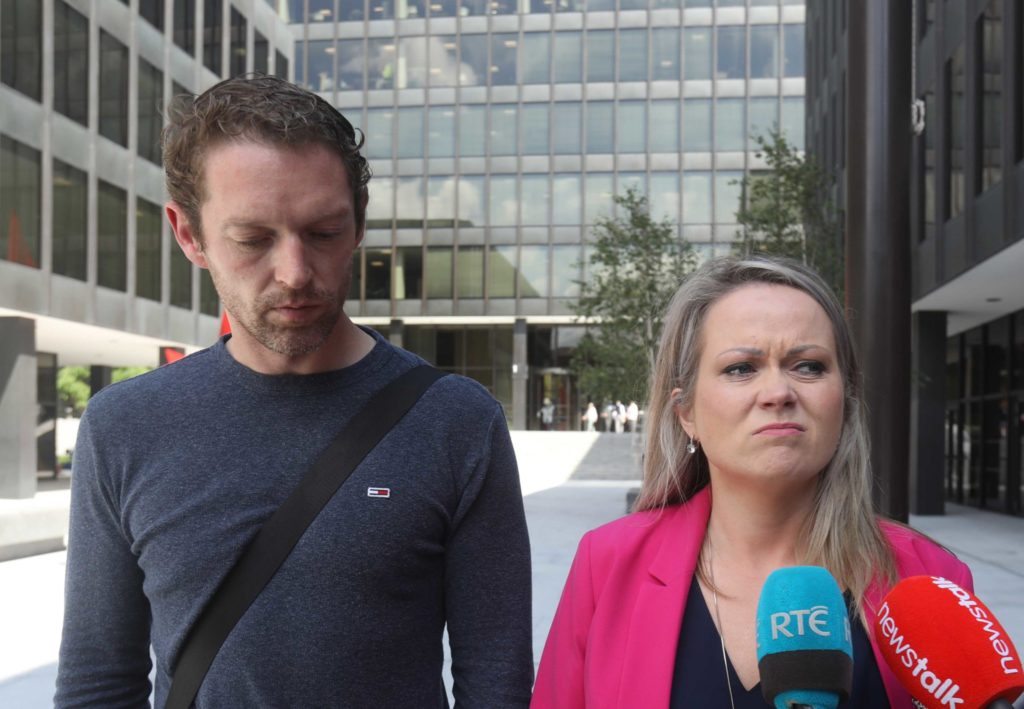 In a statement after today's meeting, the 221+ patient support group said a full apology "is only possible with a full understanding of what one was and is responsible for".

The group said: "Today’s meeting is the beginning of a new dialogue which is now more properly and fully informed in that regard by the work of people like Dr. Gabriel Scally and, more recently, Prof Brian MacCraith which uncovered the shortcomings that led to this catastrophic systems failure.

"Our objective for an apology is that it begins a healing process for all those impacted negatively by CervicalCheck. Today’s discussions embraced that principle and were approached in a positive and constructive manner which we hope will now move to a public conclusion in a timely manner."