It's sometimes hard to filter through the sheer volume of nutritional and dietary advice being pu...

It's sometimes hard to filter through the sheer volume of nutritional and dietary advice being put out there.

The rise of social media has led to a dramatic increase in the number of people - experts and non-experts alike - trying to tell people what to eat and what to avoid.

Sugar, carbs, gluten, dairy... you don't need to look far to find someone urging people to avoid these common foods entirely, regardless of allergies or other health conditions.

But are the concerns about all these foods genuine, or has the risk been exaggerated?

She said people are "bombarded" with so much information that it causes "enormous confusion".

She said the nutrition hashtag on Instagram "frightened the life" out of her, because there was so much "crazy, crazy information" being put out there.

She observed: “In some countries, they are allowed to use hormones to produce milk - but they’re actually banned in Europe.

“We have huge studies across the world showing that dairy very clearly doesn’t cause cancer.”

She said dairy causing cancer is one food myth she comes up against "time and time again" - but major European studies (which have identified links between cancer and processed foods) found no link between dairy and cancer.

She said one major study has even suggested dairy intake may decrease the risk of colon cancer.

Sarah said: “Some of the things you hear about dairy… I don’t know where it comes from.

“Iodine is actually one of the big nutrients you get from it - people always think calcium. Iodine is so important for brain development of babies during pregnancy.

“The last thing we need is people actually reducing their iodine intake, and most people don’t think about that when choosing the plant-based milks.” 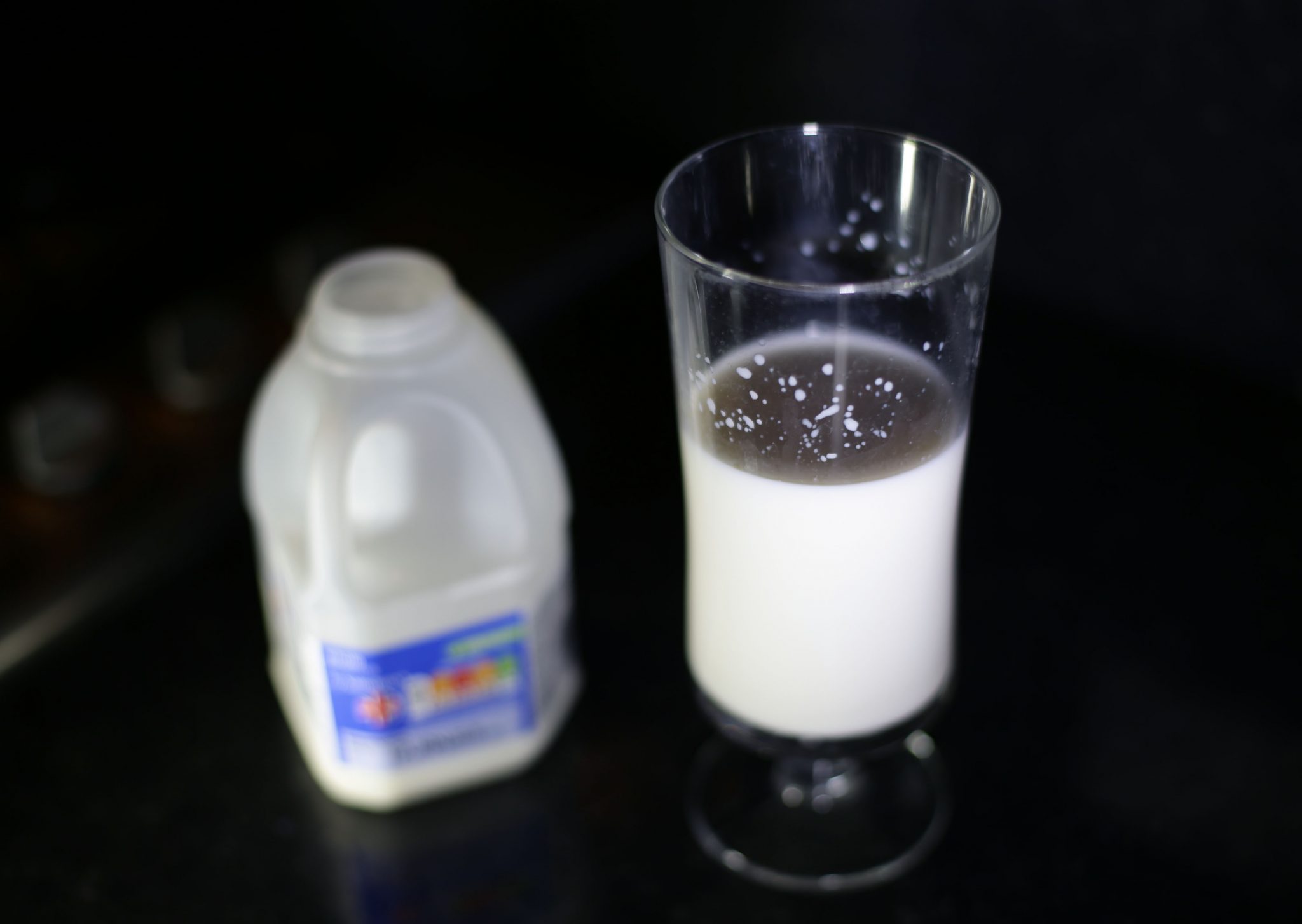 Sarah noted that dairy is also a good source of absorbable calcium - noting you won’t absorb “a fraction” of the calcium from green vegetables as you do from dairy.

She explained: “It’s 16 servings of broccoli a day to actually be getting your calcium. When people say to me ‘I’m getting it from green veg’... you’re not.

“When people cut out the dairy, they really don’t realise how much they’re cutting out their calcium and the potential damage they’re doing to their bones later on.”

For many, sugar is seen as public health enemy number one.

Sarah said there's a lot of scare-mongering when it comes to sugar - but the real problems tend to be associated with a wider 'junk-food diet'.

She said: “We definitely do need to reduce our sugar… but really the one thing sugar really does to us is [damage] our teeth.

“We could do with reducing sugar, but I see people getting very, very scared of sugar - and you don’t need to be. It’s not toxic, it’s not poisonous. [But] if you’re taking tonnes of it, it is an issue.”

If people are eating lots of sweets and chocolates over the likes of fish, nuts and grains that will lead to nutritional issues - but it won't just be the sugar alone to blame.

She stressed sugar is “really bad” for teeth - but studies show there are declining levels of sugar intake in Ireland and elsewhere.

She explained: “We don’t need to cut out fruit, milk, yoghurt… even fruit yoghurt is fine.

“You see people who are genuinely very stressed and anxious about what they’re eating.

"You think… how have we come to that, where people are frightened or feeling guilty about eating?

“If you add in your fruit, veg, nuts, seeds, fish - all those really good foods, that you’re getting your protein in - if you have a treat then it’s fine. If [the treat] is all you’re doing, then we’re going to have a problem.”

And what of the sugar-free soft drinks that are now increasingly popular? Are the sweeteners just as bad as traditional sugar?

Sarah said: “In fairness, [sugar-free] soft drinks won’t be having the same effect on the blood sugar - they won’t have sugar at all.

"That’s why they’re often used as an option for, say, someone who’s trying to control their diabetes."

Many dieters will try to dramatically cut down on the amount of carbs they eat - but Sarah explained it's important to differentiate between the very different types of carbohydrates.

She observed: “The big thing was that carbs were evil and bad… I think what happened is people mixed up very high carb foods like crisps and chips with your really health wholegrains. They’re so completely different.

“If you go for something like wholegrain bread or brown rice… the nutrition is very different because you have the fibre, magnesium… there’s a little bit of iron in there, and all those nutrients.”

Meanwhile, dieters will often also cut out fats when they’re reducing carbs as well - which could make a big difference in terms of health and nutrition.

What about going completely carb-free or very low-carb?

Sarah said: “You can get by without carbs. It’s a very difficult diet to do well… a ketogenic diet very specifically for treatment of epilepsy works. But it’s tough.

“I think that’s a very difficult way to go, and it’s not necessary. What I find is most people are eating portions of carbs that are just way too big.”

More and more people have switched to predominantly plant-based diets in recent years, with the market for vegan and vegetarian food growing rapidly.

Many cut out or cut down on meat and dairy for environmental or ethical reasons, but some will choose to do so for health or dietary reasons as well.

Sarah says the food pyramid has long been heavily weighted in terms of plant-based foods - with a focus on the likes of grains, fruit and veg.

She explained: “We do eat more animal food than is recommended.

“If someone wants to entirely cut out meat, that’s absolutely fine. But I don’t think people have to.

“We get some important nutrients, especially from fish, which are very, very difficult to get somewhere else.”

'We don’t really have an Irish cuisine' - Can traditional Irish food 'only be described as meh'?