The Taoiseach Leo Varadkar said he will meet the British Prime Minister Boris Johnson next week.

Mr Varadkar says he has been in contact with Mr Johnson, and they hope to meet on the margins of the United Nations General Assembly summit in New York.

They had their first face-to-face meeting in Dublin last week since Mr Johnson became leader in July.

According to a joint statement following that meeting, it was "positive and constructive".

"This was an essential and timely opportunity for the Taoiseach and the Prime Minister to establish a relationship and a better understanding of each other's positions," the statement said.

"They spoke privately over breakfast for more than half an hour before joining their delegations for another half hour meeting.

"While they agreed that the discussions are at an early stage, common ground was established in some areas although significant gaps remain."

Mr Varadkar revealed the news at the National Ploughing Championships in Co Carlow when asked about Mr Johnson.

"I'm going to meet him now next week in New York and try and get a deal", he told a security guard. 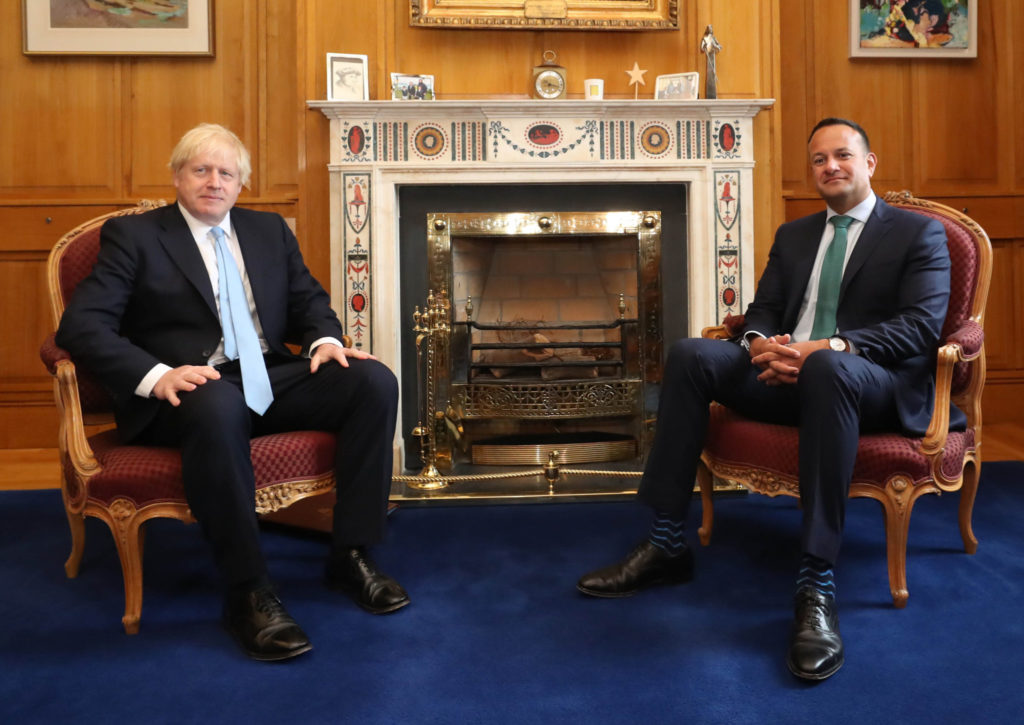 It comes as the UK has submitted some written informal documents to the EU as part of efforts to try and break the Brexit deadlock.

A British government spokesperson described the documents as "confidential technical non-papers which reflect the ideas the UK has been putting forward".

The documents are believed to focus on customs and manufactured goods.

However, the spokesperson added: "We will table formal written solutions when we are ready, not according to an artificial deadline, and when the EU is clear that it will engage constructively on them as a replacement for the backstop."

Technical discussions are taking place between the UK and the EU, with talks between Brexit Secretary Stephen Barclay and the EU's chief negotiator Michel Barnier also expected on Friday.

It comes after Finland's prime minister has claimed Mr Johnson's government has 11 days to submit any concrete Brexit proposals to the EU.

Antti Rinne was speaking following a meeting with French President Emmanuel Macron in Paris, saying they had both agreed to a deadline of September 30th. 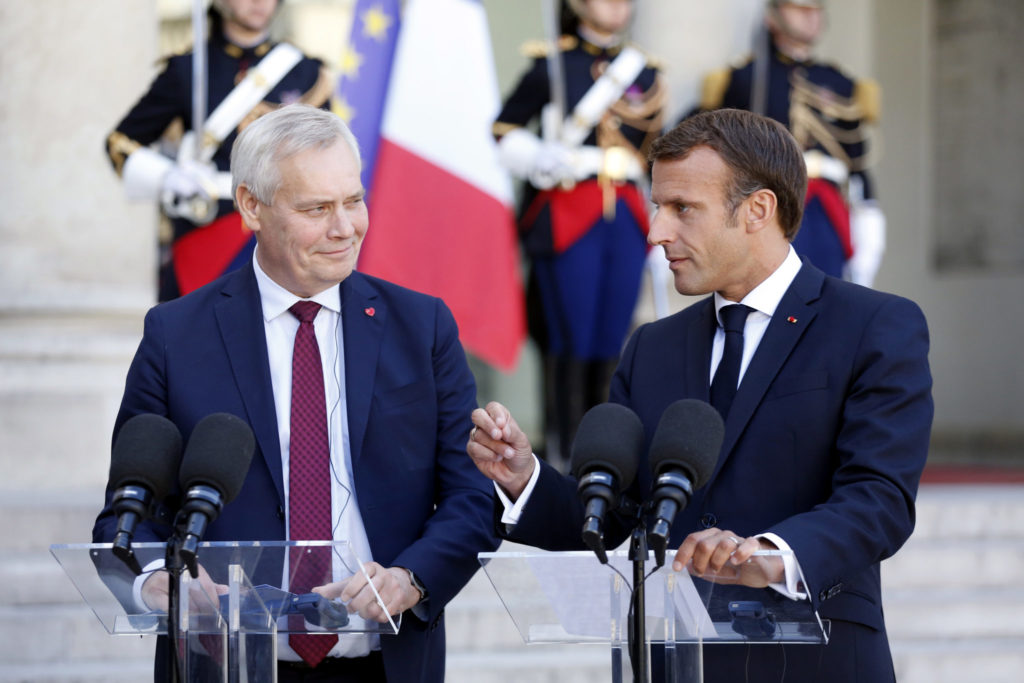 France's President Emmanuel Macron, right, and Prime Minister of Finland Antti Rinne, give a speech prior to a meeting, at the Elysee Palace, in Paris, Wednesday, Sept. 18, 2019. (AP Photo/Thibault Camus)

Finland currently holds the rotating European Council presidency, although any such deadline would need to be formally agreed by the entire Council.

Mr Rinne said: "If the UK wants to discuss alternatives to the existing Brexit agreement then these must be presented before the end of the month.

In recent months, the European Council summit on October 17th has been considered a key date if Mr Johnson is going to secure any new Brexit deal with the EU.

However, MPs at Westminster have passed legislation demanding he seek an extension beyond the current Brexit deadline of  October 31st if no deal is reached by mid-October.

Mr Johnson has repeatedly insisted he will leave with or without a deal at Halloween, and claimed he will not seek any extension.

On Wednesday, the outgoing European Commission President Jean-Claude Juncker said the EU was still waiting for alternatives to the backstop from the British government.

Mr Juncker met Mr Johnson in Luxembourg on Monday, in what was described as a meeting to 'take stock of the ongoing technical talks' between the EU and UK.

Meanwhile, Taoiseach Leo Varadkar and the DUP leader held talks at Government Buildings on Wednesday night on the backstop and the need for the restoration of devolution in the North.

The meeting came amid speculation about the potential for a Northern Ireland only alternative to the backstop - a prospect that has previously been ruled out by the DUP.

Speaking ahead of the meeting, Ms Foster said it was important for all sides to find a deal that works for everyone.

She suggested: "What we want to see is a sensible deal that works for us in Northern Ireland... one that works for our colleagues and our neighbours here in the Republic of Ireland as well.

"But [it must] work for the UK constitutional position as well - that's very important, and one I hope the European Union will respect."