Plans to start construction work at Achill Island's Keem Bay have caused a lot of anger among loc...

Plans to start construction work at Achill Island's Keem Bay have caused a lot of anger among locals.

Works on a Signature Discovery Point are set to include a pedestrian trail, large steel spikes forming a skeleton, a glass walkway over the cliff and partial restoration of a watch tower.

This has been proposed by Mayo County Council, but an online petition is calling on the council not to proceed.

"There is no doubt that these works would cause untold damage, both visually and physically, to Keem Bay", the authors of the Change.org petition claim.

It is also calling for a commitment for "widespread and thorough public consultation" over the use of funding.

Daithí, who lives in Westport, told Lunchtime Live he goes to the area several times a year.

He said while he understands some changes may be needed for safety reasons, this is not what is proposed.

"They're talking about putting a big glass structure on the hill, and so you're really going to be changing the view of it."

"There's a danger with this that artworks and things like that - they don't actually add, they're not an attraction, they become a distraction.

"And you might put people off going there: what if it just becomes another Star Wars site?"

"It's one of the places I love to go, and I usually go there a few times a year when we're not in lockdown.

"I know business wants to improve some facilities, and actually I'd be for some of that, improved toilets are a wonderful thing.

"Depending on how they do the... pedestrian walk, it might be fine - the greater objection is coming from what was called the 'Skeleton Sculpture' and the skywalk.

"They're already starting to walk back on the skywalk, but they're still talking about putting some kind of structure up there and I think that's what got most people upset". 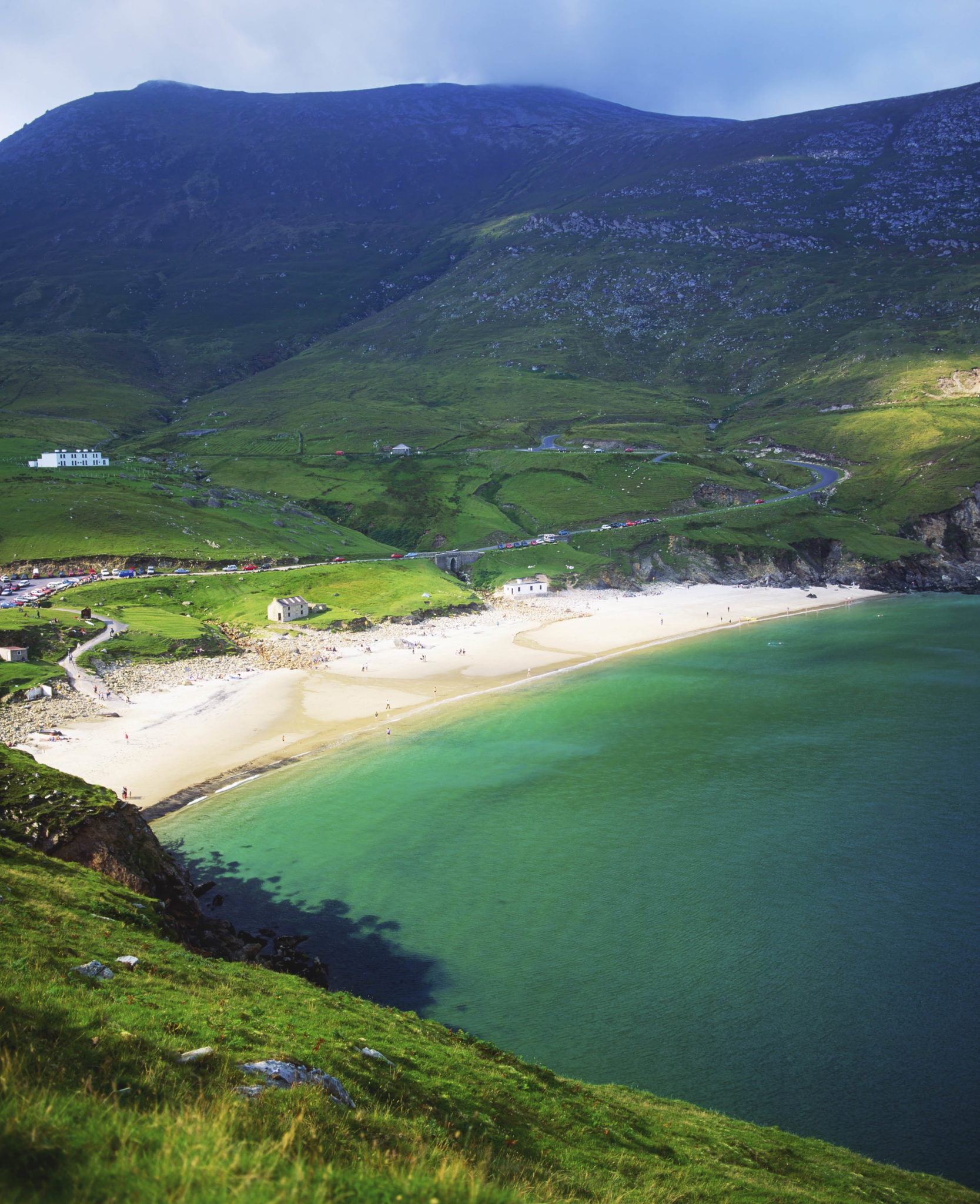 He said he has fears for the views at the beauty spot.

"This is a Blue Flag beach - and if you just on TripAdvisor, which people all over the world look for to see where they might want to go, there are 102 pages of the views.

"512 of these rank Keem Bay as 'excellent', you get words like 'breathtaking, it's so beautiful we almost cried'.

"It's a really major beauty spot, it's one of the 10 most beautiful beaches in the world."

He said any major changes could ruin the attraction.

"It's not something to be fiddled with very easily, we shouldn't be messing with this too much".

He suggested Mayo County Council is "trying to make it into something that maybe it shouldn't be."

"People go there because it's unspoiled; so if you start putting strange structures and weird artwork on it, you might be turning people off going rather than attracting more".

Gerard is the owner of Keem Bay Fish Products on Achill Island. He said anything that can generate more jobs is welcome.

"I am totally in favour of [it], and it will bring more people to our island.

"Tourism creates the majority of the work available to people on Achill Island".

"Anything that will bring people in will be an advantage for the whole island - not alone the people that are in business, but also people who will be able to get jobs for their kids or their young teens and adults".

He said anything that can reverse emigration and "keep some people at home" is a benefit.

He also suggested that nothing major will change.

He said people are already using the walkway - "it's not as if we're creating something that doesn't already exist.

"Thousands of people walk that ridge as it is anyway".

"It's not as if anything is going up on top of the mountain that there's nothing there already.

"There is a look-out post there that was built during World War I and was used again by the Irish government in World War II."

"And one of the most commonist [sic] questions we are asked is 'What's that building on the top of the mountain?'

"And then when you start to tell them the history, people are fascinated by what it is".

"The publicity which will come from this project will bring even more people to us, not just in July and August".

"We need to get more people in on the off-season".

It is thought work on the project would begin later this year or in early 2022.

Plan to move asylum seekers to Achill Island is postponed