Large crowds have gathered in London for a number of protests and counter-protests, with some far-right demonstrators clashing with police in the city centre.

Authorities have put in place a number of restrictions, and demonstrators have been told they must be off the streets by 5pm.

A planned Black Lives Matter protest planned for today was called off by organisers amid concerns of potential clashes with counter-protesters - but authorities indicated they expected hundreds to still attend.

Cordons have been set up in the city centre in a bid to avoid any clashes between different groups of protesters, with anti-racism protesters urged to stick to a designated route.

Counter-demonstrators - including far-right activists - gathered near a statue of Winston Churchill in Parliament Square, which is boarded up after being vandalised last weekend.

Some of the activists have said they're aiming to 'protect the statues' after the recent acts of vandalism.

Videos from Parliament Square and outside Downing Street this afternoon showed some demonstrators taunting police and throwing projectiles such as bottles, with reporters at the scene saying there were 'violent scuffles'. 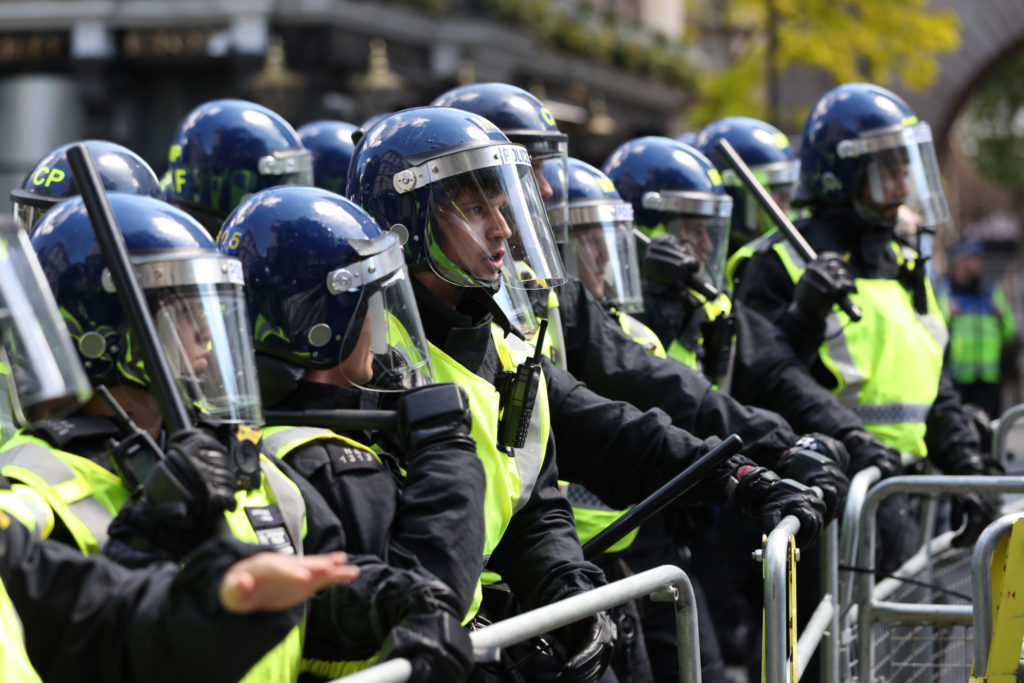 Police are confronted by protesters in Whitehall near Parliament Square, London, during a protest by the Democratic Football Lads Alliance against a Black Lives Matter protest. Picture by: Jonathan Brady/PA Wire/PA Images

She said: "Any perpetrators of violence or vandalism should expect to face the full force of the law. Violence towards our police officers will not be tolerated."

Met Police Commander Bas Javid has said a vast majority of those attending protests are doing so peacefully, and only a small number are engaging in violence.

However, he said: “We will not tolerate any violent disorder like we saw last weekend - and anyone who thinks they can commit a crime or vandalise property will be arrested."

As part of the restrictions in place, police have been given additional powers to search people in designated parts of the city today.

British government officials have continued to urge all protesters to avoid large gatherings amid the continuing coronavirus pandemic.