The response from public bodies to ensure the spread of COVID-19 was reduced among homeless peopl...

The response from public bodies to ensure the spread of COVID-19 was reduced among homeless people during the pandemic has been described as "fantastic".

Dr Austin O’Carroll, HSE Clinical Lead for the COVID Homeless Response in Dublin, said the rates of the virus among people experiencing homelessness was far less than those of the general population.

He said the work of the HSE and Dublin Region Homeless Executive (DRHE) meant that the number of cases and deaths associated with the virus was kept low over the past 16 months.

"In Dublin, we had a fantastic response to COVID, the HSE and the DHRE did a fantastic job on protecting homeless people," he told The Pat Kenny Show.

"They did several initiatives to address it, working with the voluntary medical agencies and homeless bodies to try and reduce it.

"It was so successful that the rate of COVID among homeless people was half that of the general population in Dublin when we measured it in February this year.

"We had, as far as we are aware, three to four deaths from COVID in the homeless population between 2020 and 2021."

However, an interim report released last month found that deaths in Dublin's single population increased in 2020 by 60% compared to the year previous.

Dr O’Carroll said there are two different elements to take into account: the reasons why someone stays homeless for 18 months, and also the fact of homelessness itself.

He explained: "If you look over the last five years, it is the midpoint in terms of the mortality rates. The most likely explanation of this is that it is a variation of death rates.

"However, death rates for homeless people is extremely high, we know this not just from Ireland but internationally.

"One of the big findings of the report is that the death rates of those who were homeless 18 months or longer are extremely high."

There can be several reasons why this is the case, he added.

"It's mostly due to the fact that many homeless people come from poverty and poverty causes you to have a low life expectancy," Dr O’Carroll said. 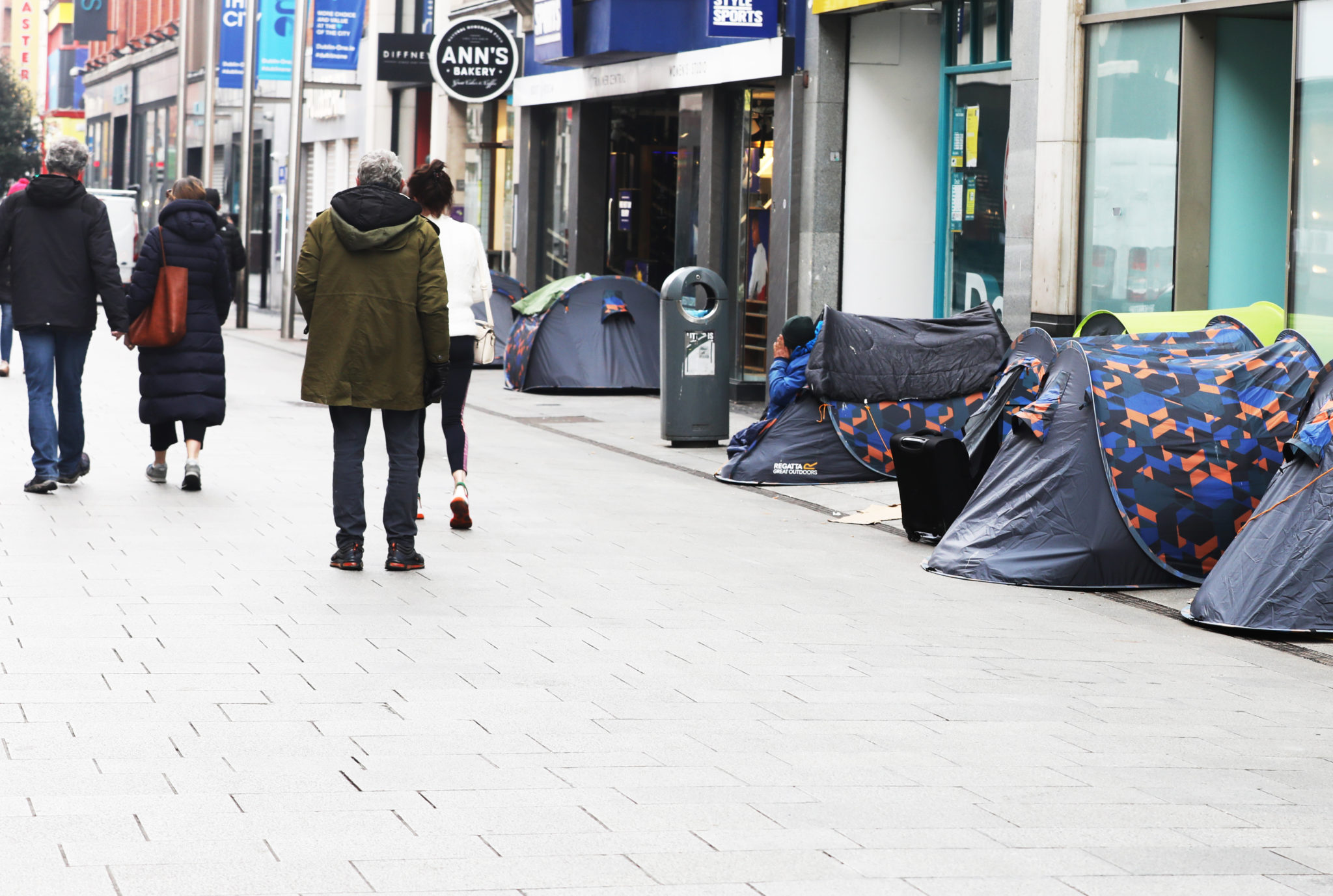 Other reasons that can attribute to a lower life expectancy are drug use and mental illness, as well as homelessness itself.

"People experiencing homelessness are almost at the centre of this with several factors crushing in on them that causes them to have a lower life expectancy," he stated.

"Long term homelessness probably has an effect on health, but then the reasons people are long-term homeless and haven't escaped homelessness are likely to be things such as drug addiction or mental illness.

"Both of those factors would cause you to have a lower life expectancy independent of homelessness."

Dr O’Carroll believes that Irish people "seem very responsive to the issue of homelessness" as they have it "close to their hearts and want to address it".

"If you want to stop people dying young from homelessness, the best way is to stop them getting homeless and take them out of homelessness.

He added that people who are long-term homeless need to leave homelessness, and the best way of doing this is through an initiative known as 'Housing First'.

This works by identifying people who are long-term homeless, getting them into an apartment and offering them support from medical professionals.

"We just need to resource that so we can expand it to get as many people as possible out of homelessness," Dr O’Carroll said.

Main image: Tents just meters away from Government offices in Dublin in May. Photo: Sam Boal/RollingNews.ie