Police in the US state of Florida are investigating after a statue of a sailor kissing a dental a...

Police in the US state of Florida are investigating after a statue of a sailor kissing a dental assistant to mark the end of World War II was vandalised.

The statue, called 'Unconditional Surrender', was defaced between the mid-afternoon and evening hours of Monday evening.

Officers from the Sarasota Police Department were dispatched after "an unknown individual" spray painted '#MeToo' on a part of the statue.

It was spray painted in red along the woman's left leg.

Police did a canvass of the area to try and find spray paint bottles, but none were found.

There was also no available surveillance video in the area that captured the incident and no known witnesses.

The approximate damage was estimated to be more than US$1,000 (€880) due to the large area that the graffiti covers.

However it has since been removed by the City of Sarasota Public Works. 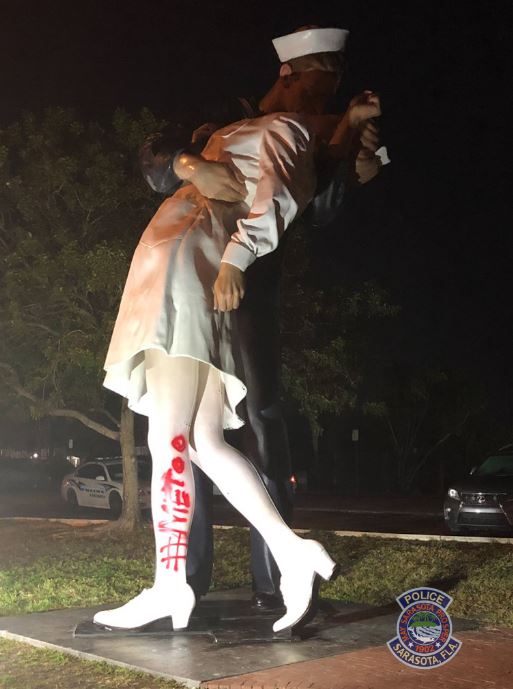 The vandalised 'Unconditional Surrender' statue in Sarasota, Florida | Image via @SarasotaPD on Twitter 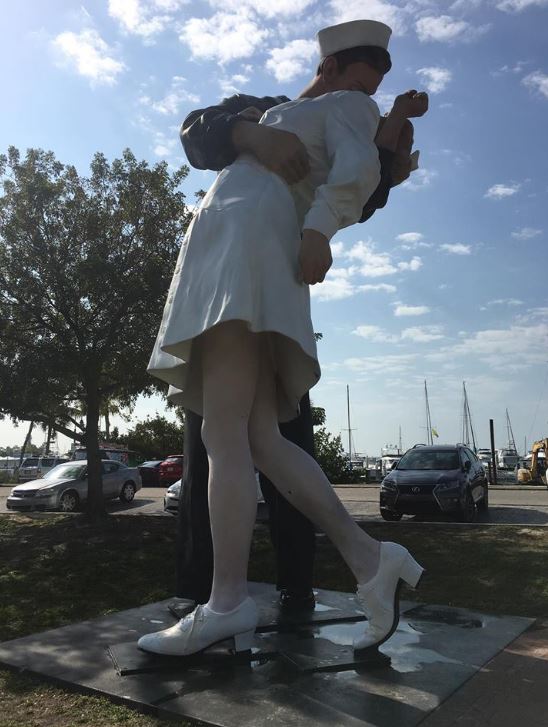 The photograph of Mr Mendonsa kissing Ms Friedman, who was a stranger to her, was taken on August 14th 1945.

It was captured by Alfred Eisenstaedt and was first published in Life magazine.

The photograph was revered as a representation of joy at the end of the war, and in 2014 Time magazine said many view it as "little more than the documentation of a very public sexual assault".

Ms Friedman later spoke of her surprise at being grabbed and kissed by the sailor as people spilled onto the streets of New York City to celebrate Japan surrendering to the US.

However she said she did not view it as sexual assault.

She told the US Library of Congress in 2005: "The guy just came over and kissed or grabbed.

"I felt he was very strong, he was just holding me tight, and I'm not sure I - about the kiss because, you know, it was just somebody really celebrating.

"But it wasn't a romantic event. It was just an event of 'thank God the war is over' kind of thing because it was right in front of the sign." 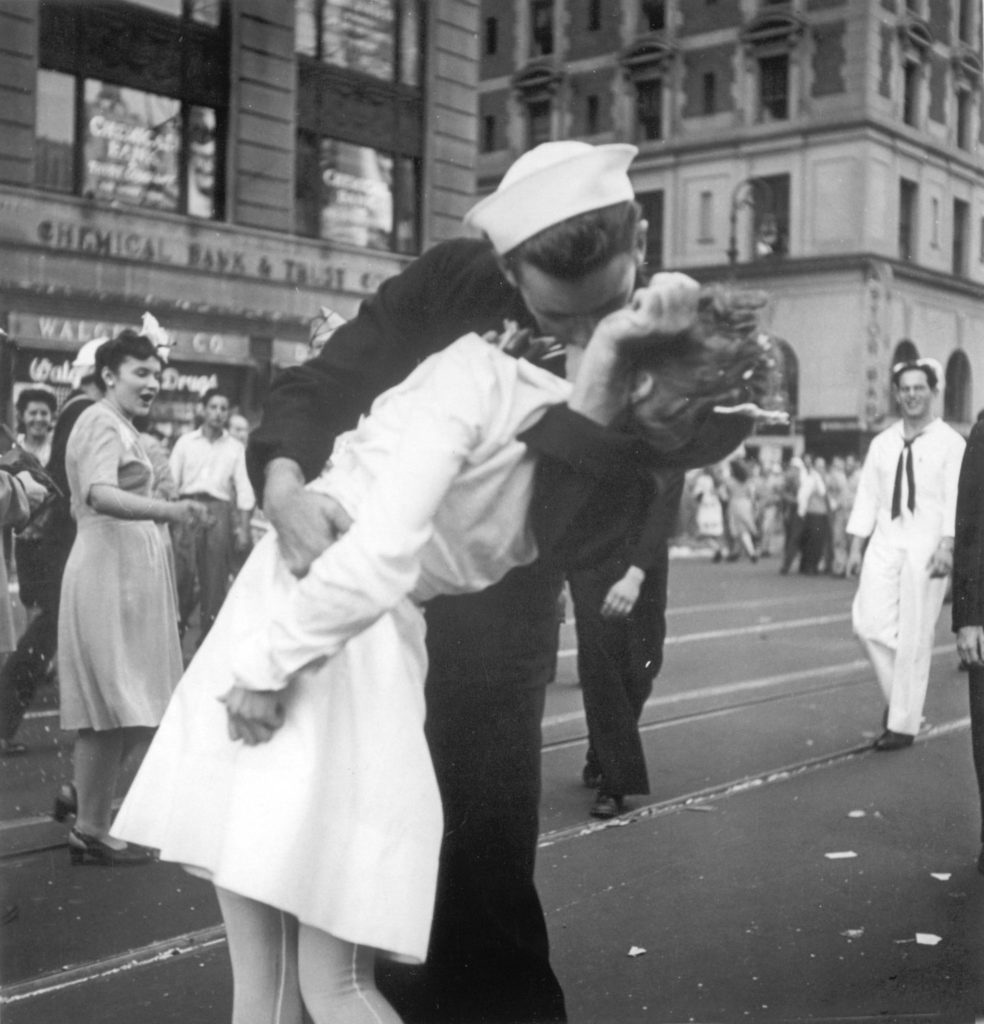 In this August 14th, 1945 file photo provided by the US Navy, a sailor and a woman kiss in New York's Times Square, as people celebrate the end of World War II. It was years after the photo was taken that George Mendonsa and Greta Zimmer Friedman were confirmed to be the couple | Image: Victor Jorgensen/AP/Press Association Images

" I think he was the one who made me famous but, I mean, because he took the action. I was just a bystander.

"So I think he deserves a lot of credit. Actually, by the photographer creating something that was very symbolic of the end of a bad period", she added.

In 2017, the #MeToo movement saw women around the world divulge their experiences of sexual assault and harassment, especially in the workplace.