An exit poll for France’s Presidential election has predicted that incumbent centrist Emmanuel ...

An exit poll for France’s Presidential election has predicted that incumbent centrist Emmanuel Macron will be re-elected with 58% of the vote.

If accurate, Mr Macron is the first candidate to be re-elected as President of the Republic since Jacques Chirac trounced Jean-Marie Le Pen (father of Marine) in 2002.

A few weeks ago polls suggested that Mme Le Pen was within touching distance of victory; with many French people angry about the rising cost of living and Mr Macron’s perceived indifference to the struggles of ordinary people - especially those living in provincial France.

Socialists loathed him as ‘the President of the rich’ and his attempts to raise the pension age brought thousands of workers out on strike in 2019.

Le Pen ran a slick campaign that focused on the rising cost of living but her attempts to throw off the stigma attached to the far-right ultimately proved unsuccessful; the front républicain (republican front) that saw mainstream French voters unite against her in 2017 held steady and Mr Macron will remain head of state until 2027. 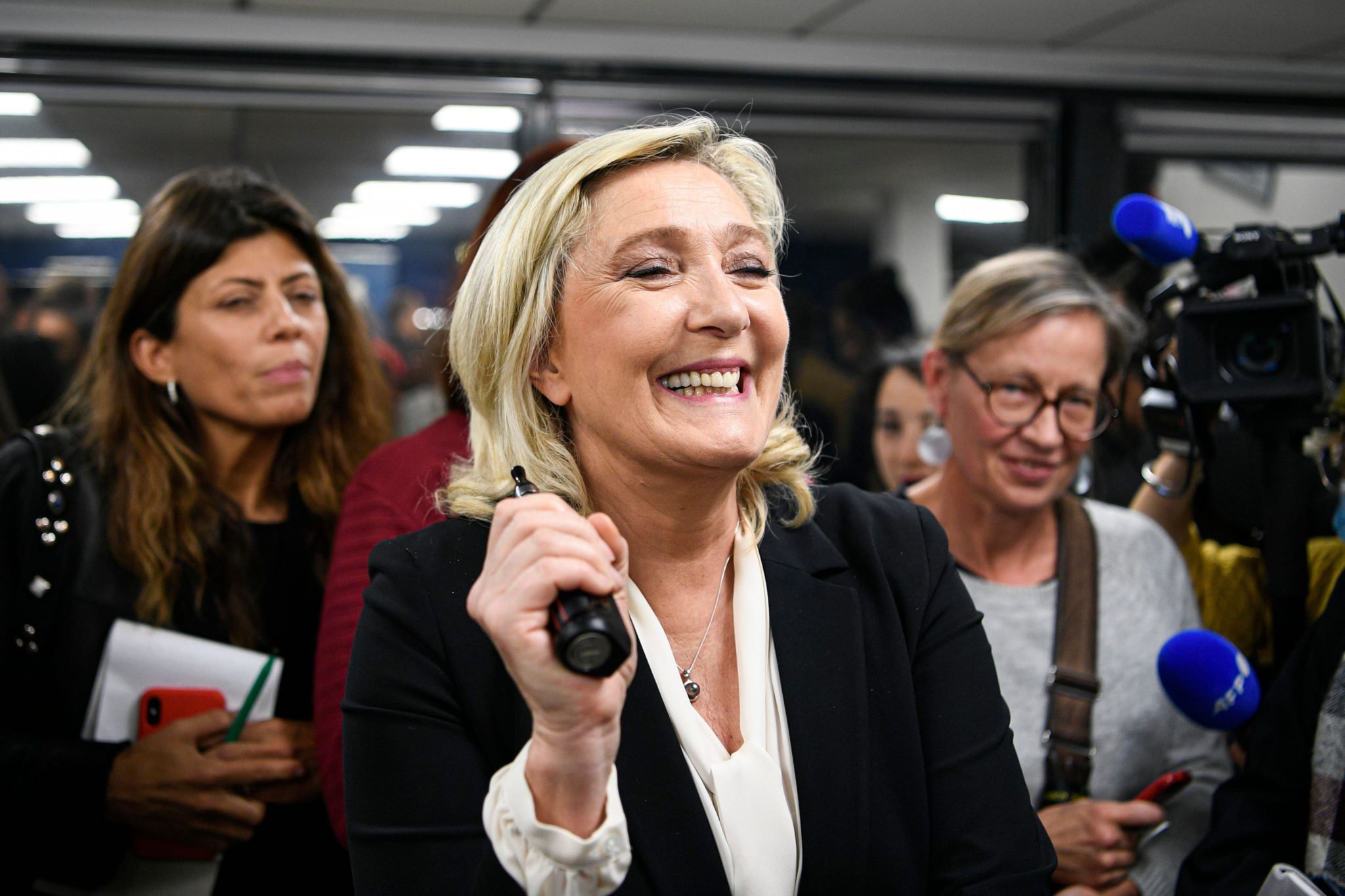 Marine Le Pen, candidate for "le Rassemblement National" (RN) for the presidential election, here in her office in Paris, France on November 15, 2021.

Addressing her supporters, Mme Le Pen said she accepted the verdict of the people and would launch “a great battle” for the June legislative elections.

She led her supporters in a rendition of La Marseillaise and left the stage.