The Junior Minister for Disability has ordered the HSE to stop removing specialists from special ...

The Junior Minister for Disability has ordered the HSE to stop removing specialists from special needs schools.

It's after some schools were informed that they were to lose their on-site provisions such as speech and language therapy.

However, The Hard Shoulder today exclusively revealed there's a resolution for the schools impacted.

The rollout of a new Progressing Disability Services programme has led to a reconfiguration of the way children’s disability services are delivered in Ireland.

As part of the programme, 96 ‘children’s disability network teams’ are to be set up - and children with complex needs will then be able to access lots of different services or therapies in one place.

However, what came to light when this programme started to be rolled out is that it was having a negative impact on areas with special schools.

On The Hard Shoulder last month, Newstalk’s Kacey O’Riordan reported about how the Holy Family School for the Deaf in Dublin was on the verge of losing their on-site speech and language therapist.

This week, the principal and parents of St Columba's National School in Douglas - which has a deaf unit with 34 children - have been speaking about how they suddenly lost their speech and language therapist who came to the school two mornings a week.

Triona Fitzgerald, the principal of St Columba's, said: “I don’t think they set out to remove a resource.

"I think [in] rolling out this service - which in general and in theory will be really good - they didn’t stop to think.

“I feel like collateral damage, basically. I don’t think they set out to take our service away from us, but it’s what is happening as a result of this rollout.”

"They have to reverse the decision"

For the last 10 years or so, children in these deaf schools for example have been getting speech and language therapy as part of their school day.

Under the new set up, the therapy would be exclusively delivered off-site.

Some of the parents impacted by the changes have been unable to get a straight answer as to how exactly that would work.

Would it mean parents having to come to sign their child out of school to bring them to an appointment and back? Were appointments going to be up near the school, or where the child lived?

School is also exhausting for deaf children. It takes a lot out of them, so going back and forth from appointments - as well as missing school time - would not be helpful.

Therese McGrath, whose son is in fifth class in St Columba's, said the current setup has benefited her son an 'enormous amount' and shouldn't be changed.

She said: "If there's a difficulty, the speech therapist is on-site.

"They have to provide us with a speech therapist. It wasn't a lot of hours."

The situation has been devastating for the schools, and they’ve mounted campaigns to try to retain their service.

It seems they’ve now been successful.

The Junior Minister for Disability Anne Rabbitte today met with HSE officials to tell them that the rollout of the Progressing Disability Service programme is to be paused in its current format.

More importantly, she has said that no special school will lose any onsite provision.

She specifically mentioned that will include the two deaf schools  - Holy Family in Dublin and St Columba's in Cork. 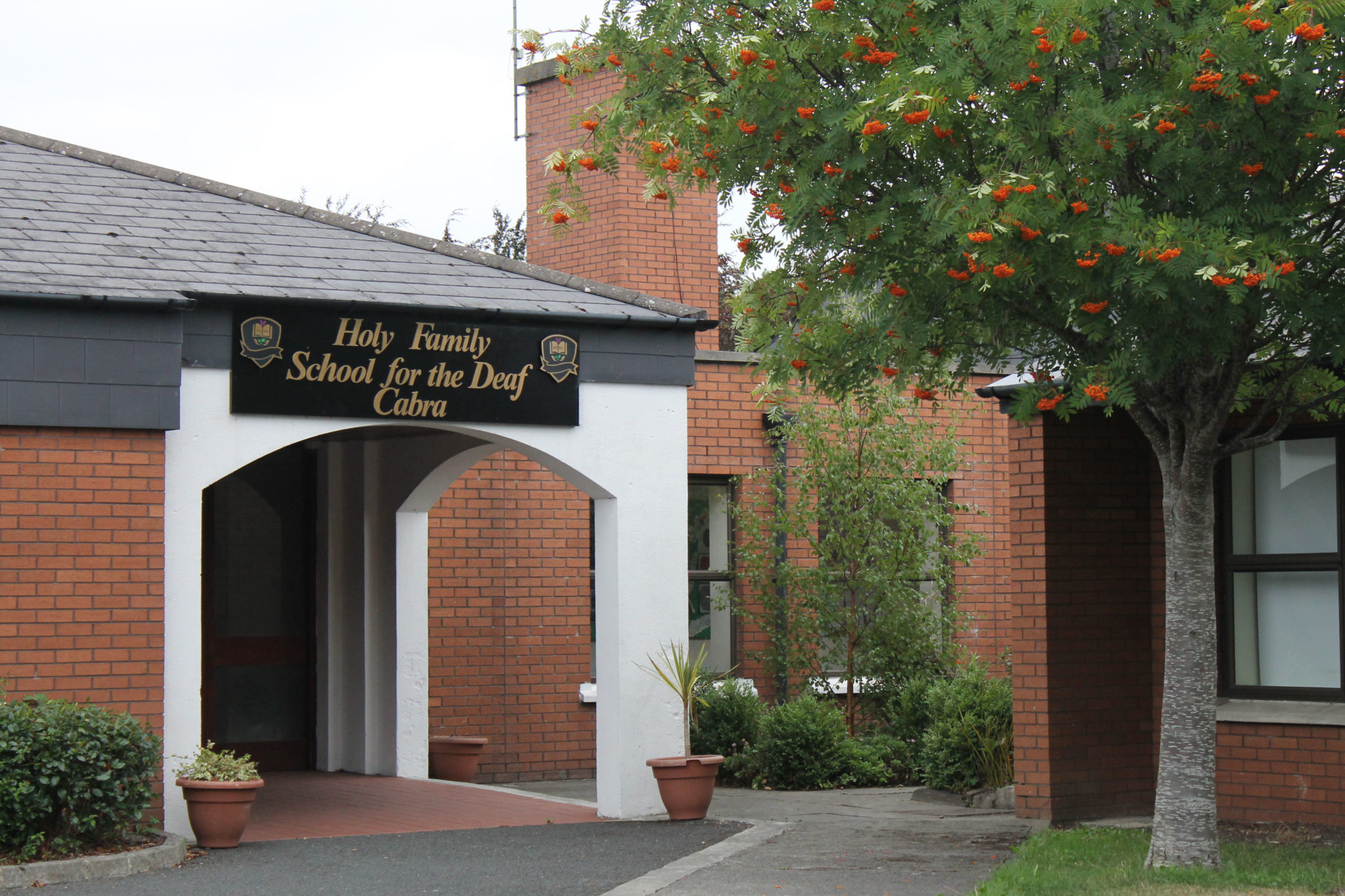 Holy Family School for the Deaf in Cabra Dublin

It also includes two special education schools - Carmona in Dun Laoghaire and Rosedale in Galway - that were also at risk of losing on-site specialists.

Minister Rabbitte says that she felt the HSE wasn’t listening to these schools and parents, and a move like this was needed to get the HSE to take it seriously.

She said: “This could have, perhaps, been managed differently.

"It fell back on me, not the HSE… that we weren’t listening, understanding or recognising. And it has gone on for a month.”

The Children’s Disability Network Teams will continue to be rolled out, but it won’t be at the cost of special schools.

The Department of Health and HSE will now work together to find a way to roll out the programme without redeploying specialists out of special schools.

Eimear O'Rourke, principal of the Holy Family School, welcomed the minister's intervention - but says she now wants to see the details.

She said: "I want to really be assured that if we're not to lose our on-site provision that it's not watered down in any way, and will replicate exactly what we currently have."