The team behind the Eurovision Song Contest is produce a US version of it. The American Song Cont...

The team behind the Eurovision Song Contest is produce a US version of it.

The American Song Contest will take place during the holiday season of 2021.

The US version will position the artists head-to-head against other states’ representatives in a series of five to 10 televised qualifier competitions.

This will then lead to semi-finals and an ultimate grand final.

The force behind The American Song Contest includes some of the top global minds in entertainment, music and television.

Anders Lenhoff, one of Europe’s top creative producers, is joined by Peter Settman, a leading television entrepreneur and producer.

Ben Silverman - a producer and television executive involved with 'The Office', 'Who Wants To Be A Millionaire' and 'Ugly Betty' - also joins the US team.

Martin Österdahl is executive supervisor of the Eurovision Song Contest.

He said: "The Eurovision Song Contest’s unique legacy dates back 65 years and its worldwide popularity is still rising.

"It's time for America to experience this spectacle, through its sister competition, the American Song Contest. 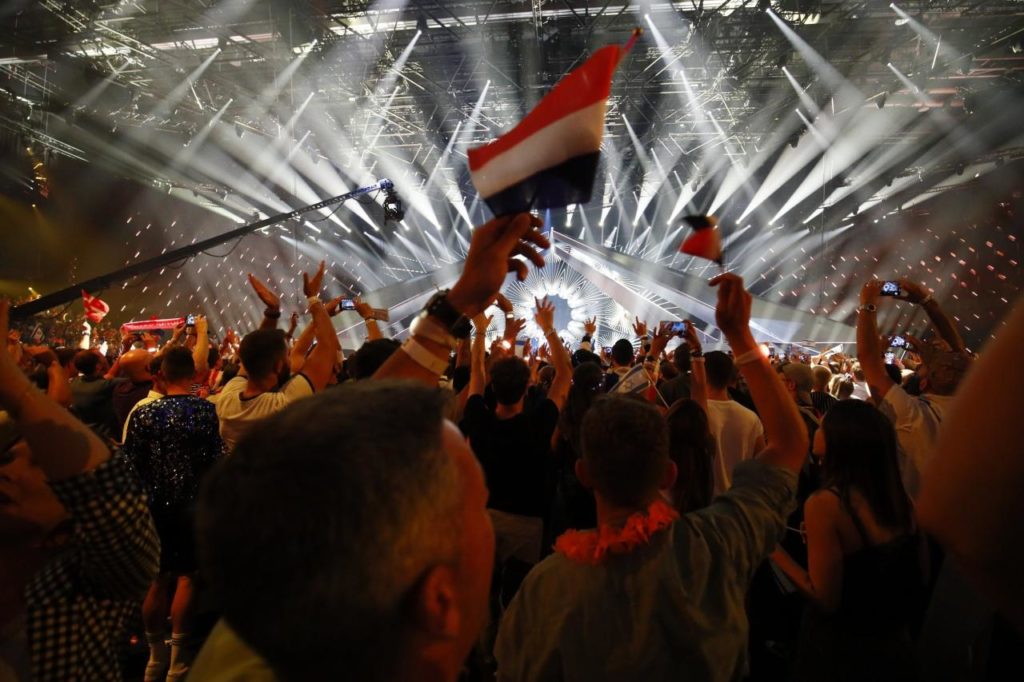 Fans wave flags during the grand final of the 2019 Eurovision Song Contest. Picture by: EBU/ANDRES PUTTING

"Love of music is universal and celebration of music in different genres and styles can transcend boundaries and unite people.

"We are excited to have found the right partners to offer another series that our fans across the globe can fall in love with and to share this unique competition with the American people."

Mr Lenhoff said: "Imagine if music was an Olympic sport and artists from all over the world came together to compete for the gold. That’s the Eurovision Song Contest.

"The American version will be different than anything seen before on US television, marrying the fanfare and excitement of March Madness and the NFL playoffs with the artistry and beauty of world-class performances."

As a lead up to the live televised competition, a group is being created of music professionals based in the US that represent all genres and backgrounds.

These 'academy' members will create juries of artists and music industry notables who, along with the regional audiences, will select talent from all 50 states to compete.

The contest is known for having launched the careers of a wide variety of artists - including previous winners Céline Dion, who won in Dublin in 1988, and ABBA.

While recently, both Justin Timberlake and Madonna released their new singles on the Eurovision stage as interval acts.

Main image: US singer Justin Timberlake performed at the Eurovision Song Contest in 2016 as an interval act. Picture by: EBU