Europe should stay open through the summer for holidaymakers, according to travel expert Eoghan Corry.

However he says other places, particularly around Asia, will be harder to judge.

It comes as both France and Spain say holiday bookings and inquiries are up on 2019.

While the number of coronavirus cases in Europe remains high for almost every country. 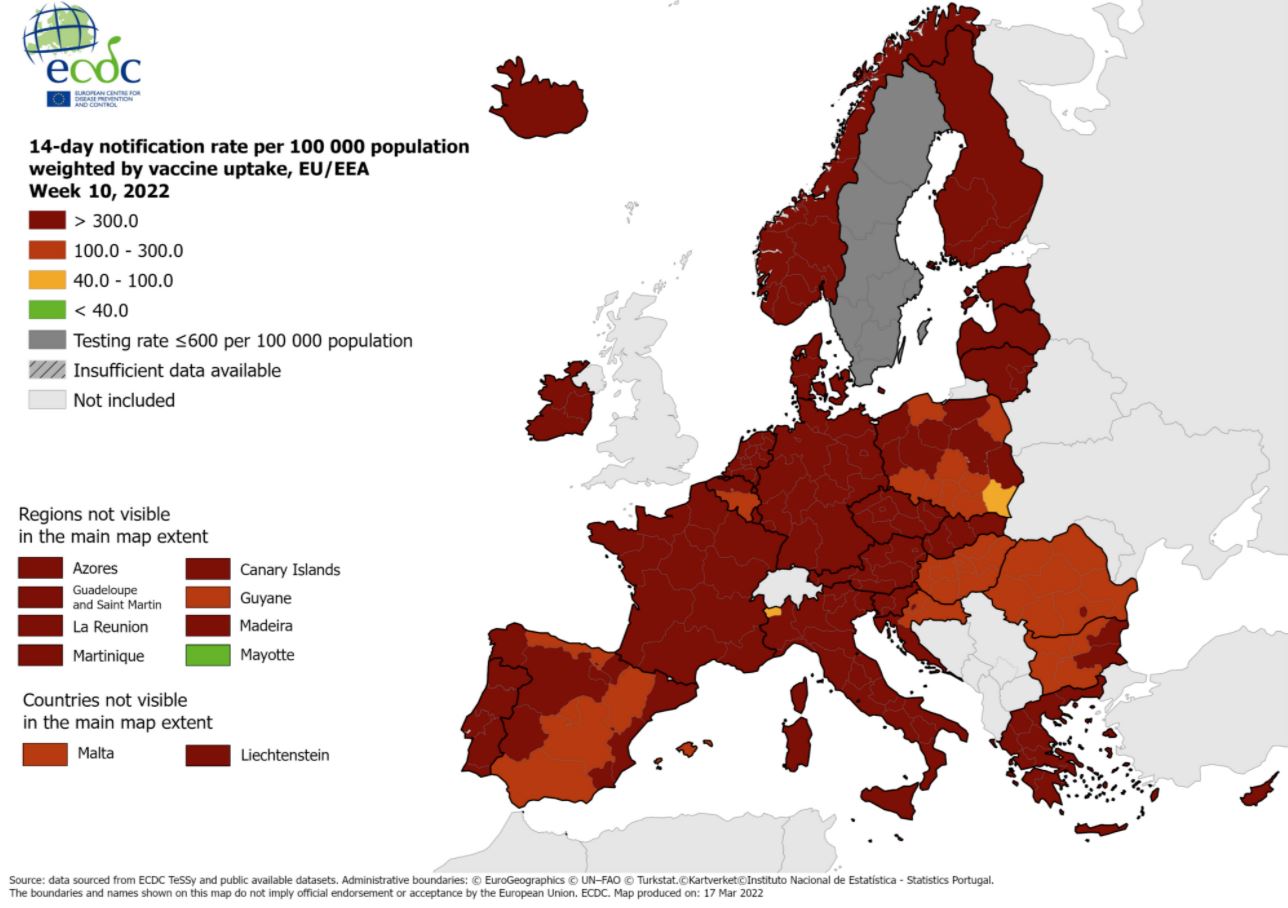 The 14-day notification rate weighted by vaccine uptake across the EU on March 17th 2022. Source: European Centre for Disease Prevention and Control (ECDC)

Eoghan told Pat Kenny the focus moved from the country to the traveller.

"What we've seen gradually since July... is a change of focus right across Europe, away from the origin country of passengers and people arriving - or people travelling to - to vaccination status.

"That is the policy that the European Union proposed as early as March of last year, and was implemented with the European Digital COVID Cert.

"What we've seen since then is fatalities decreasing, massively decreasing - and the emphasis has been on fatalities rather then on case numbers". 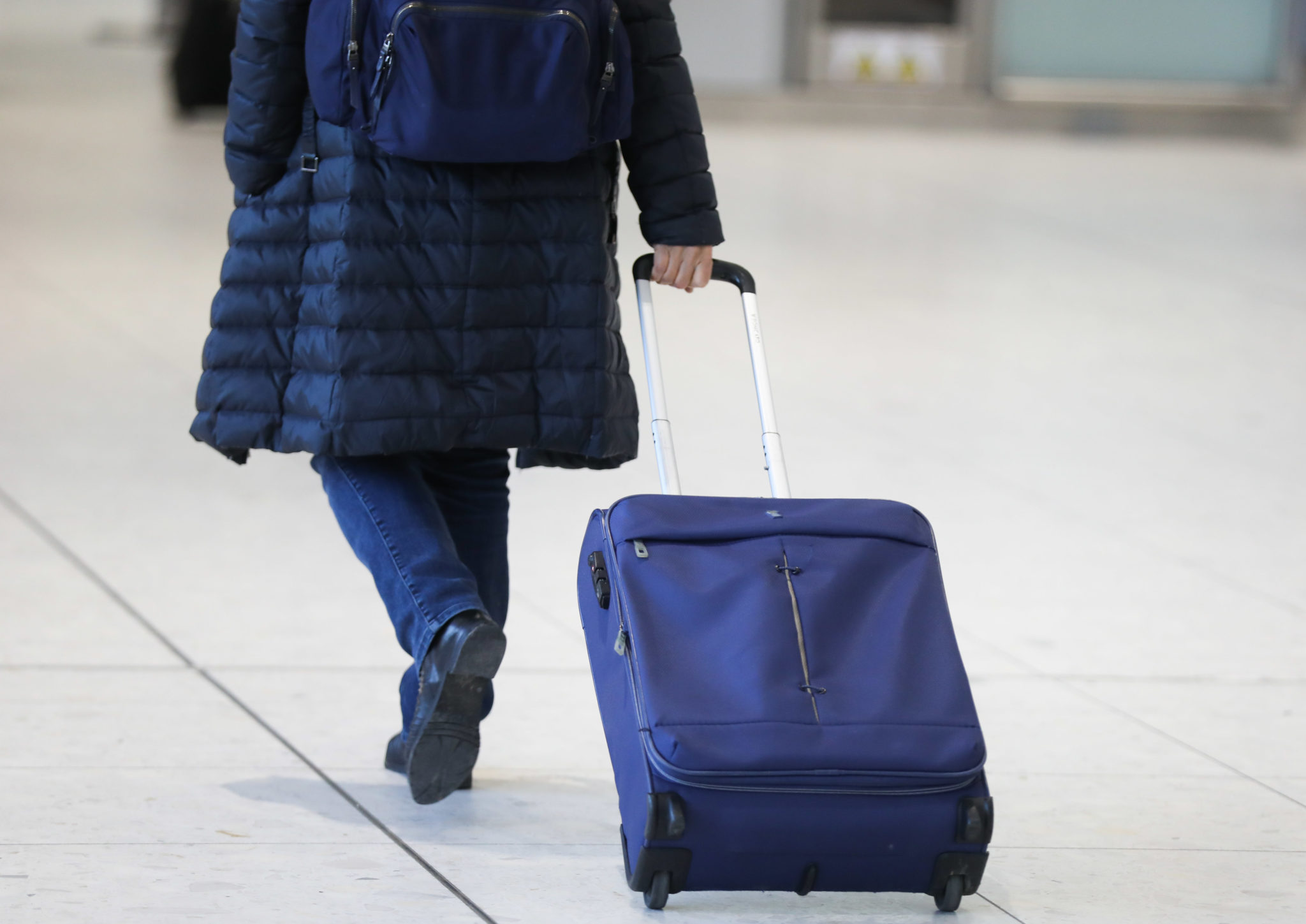 Eoghan says the top Irish destinations - such as Spain and Portugal - have regional variations.

"Spain's rates are lower than Ireland at the moment, Portugal is a little bit higher - and they're the two countries to which we send 70% of visitors.

"Regions within Spain are important as well: we've seen the highest rates, for instance, in Extremadura which is a place no tourism goes to.

"Whereas the rate for Andalucía, where a lot of Irish visitors go to, is the lowest in Spain.

"But the cluster of countries that are facing the biggest problem at the moment are around Germany, and that's a little bit of a change of a pattern.

"All through COVID Germany had the most open travel policy, and they had much lower case numbers.

"But interestingly enough... countries that lifted most of its restrictions - the Nordic countries - have some of the lowest rate [sic].

"What we see is restrictions being lifted, and the impact on infections not as clear cut as would guide both the public health advisors and the politicians".

Eoghan has this advice for imminent travellers.

"If you're travelling, bring those masks - and also have the Digital COVID Cert.

"They don't actually require it in some countries, but it's very, very important to have it."

But he says caution needs to be kept as we head into summer.

"I would expect tourism destinations that don't deal with the large crowds... to do less well in summer 2022 than the nature destinations and the natural parks.

"But we do see - and the message from French tourism today and Spanish tourism when I was there - is that bookings are ahead of 2019 and enquiries are even higher.

"Whether anything will come to disrupt that I'm not sure, but I do expect Europe to stay open through the summer.

"The rest of the world is going to be a very different story".

Travel 'as much about sun holidays as reuniting sons with mothers'