The outgoing head of the European Central Bank (ECB) has announced a package of measures to simul...

The outgoing head of the European Central Bank (ECB) has announced a package of measures to simulate Eurozone growth.

Mario Draghi is cutting its deposit rate - which is charged on commercial bank deposits at the ECB - by 10 basis points to -0.50%

That is meant to encourage banks to lend to consumers and businesses.

The ECB's Governing Council is also leaving its benchmark interest rate unchanged at their current level of 0.00%.

The Governing Council expects the key ECB interest rates to remain "at their present or lower levels".

The bank is also restarting its quantitative easing programme.

This means it will start buying €20bn of bonds each month from the start of November.

The Governing Council said it expects them to run for "as long as necessary to reinforce the accommodative impact of its policy rates, and to end shortly before it starts raising the key ECB interest rates."

However not all members supported this approach. 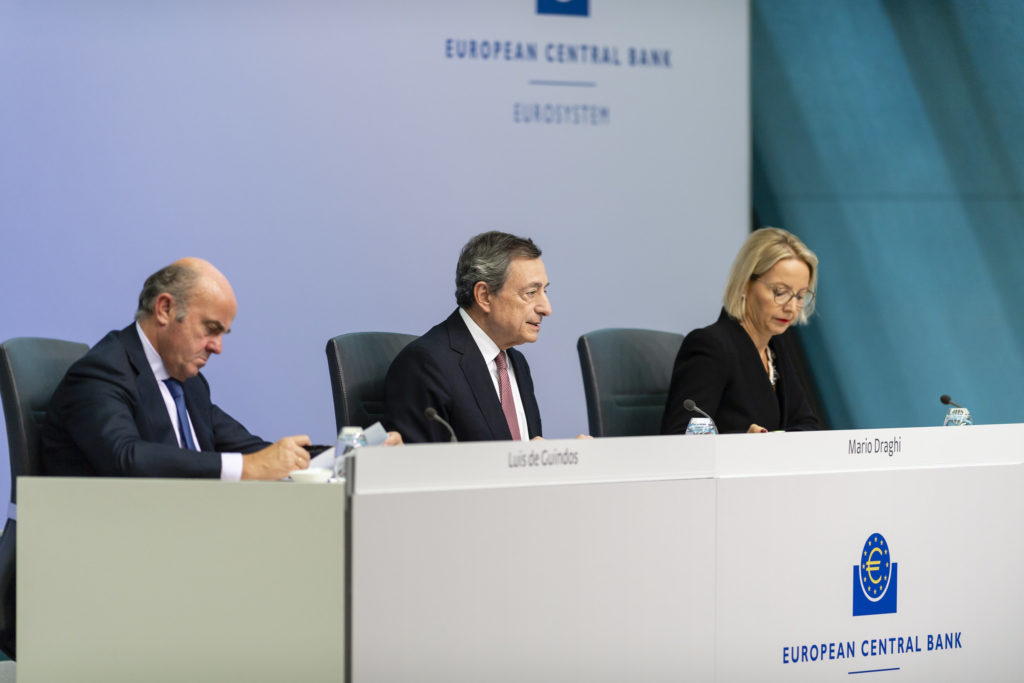 Reports say the governors of several central banks - including Germany, Austria, The Netherlands and Estonia - were opposed to the quantitative easing.

In his remarks on Thursday in Frankfurt - his final as ECB president - Mr Draghi suggested there is a mixed horizon ahead.

He said Euro area real GDP increased by 0.2%, quarter on quarter, in the second quarter of the year.

This follows a rise of 0.4% in the previous quarter.

He said: "This slowdown in growth mainly reflects the prevailing weakness of international trade in an environment of prolonged global uncertainties, which are particularly affecting the Euro area manufacturing sector.

He added: "The risks surrounding the Euro area growth outlook remain tilted to the downside.

"These risks mainly pertain to the prolonged presence of uncertainties, related to geopolitical factors, the rising threat of protectionism and vulnerabilities in emerging markets."

The former head of the International Monetary Fund (IMF), Christine Lagarde, is set to take charge at the ECB in November.