WHO: Ebola outbreak in Democratic Republic of Congo 'no longer emergency'

The World Health Organisation (WHO) has said it is getting a hold on an Ebola outbreak in the Dem...

WHO: Ebola outbreak in Democratic Republic of Congo 'no longer emergency'

The World Health Organisation (WHO) has said it is getting a hold on an Ebola outbreak in the Democratic Republic of Congo (DRC).

The WHO has given an update from its headquarters in Geneva, Switzerland at a meeting of its emergency committee.

The committee said the ongoing Ebola outbreak in North Kivu and Ituri provinces "does not constitute a Public Health Emergency of International Concern (PHEIC)."

But the committee expressed "deep concern" over a recent increase in transmission in specific areas - and the potential risk of spreading to neighbouring countries.

Senior WHO advisor, Dr Michael J Ryan, said: "Given that we've had a number of community deaths over the last couple of weeks, there are certainly transmission chains that we've missed in the city of Katwa.

"We believe we have a very good handle on the chains of transmission.

"We do not believe at the moment that there are a large number of undetected transmission chains.

"What's interesting in this outbreak is that the vast majority of cases are ultimately linked to existing transmission chains.

"But each of those obviously is a tragedy - because a case of Ebola now is an opportunity for prevention that has been missed in that sense".

Dr Ryan also said that the virus is not showing much genetic change as it is being tracked through populations. 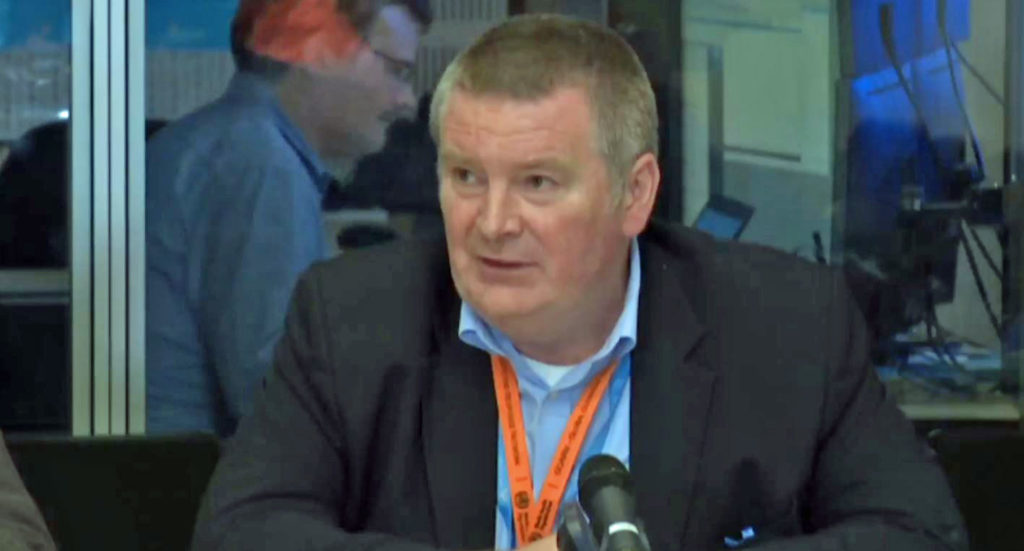 Dr Michael J Ryan - senior WHO advisor - speaking at the organisation's headquarters in Geneva | Image: WHO

But he said: "We've had 87 infections in healthcare workers, and each of those is an individual tragedy.

"Even identifying all of the centres that you could label as a healthcare facility is difficult in itself".

The WHO has also recommended that cross-border collaboration should continue to be strengthened, including timely sharing of data and alerts.