Met Éireann has warned the weather is forecast to get a lot colder in the coming days.

It is has issued a weather advisory for the entire country from Wednesday afternoon.

It says the weather will turn "much colder for the rest of the week", with sharp to severe frosts and icy stretches.

There will also be some wintry showers.

The advisory is in place until midnight on Friday.

Thursday will be very cold with widespread heavy showers or longer spells of rain.

There will also be a risk of hail and thunder - and some showers may turn wintry on high ground in the west.

Temperatures will only reach between 3 and 5° so it will feel very cold. 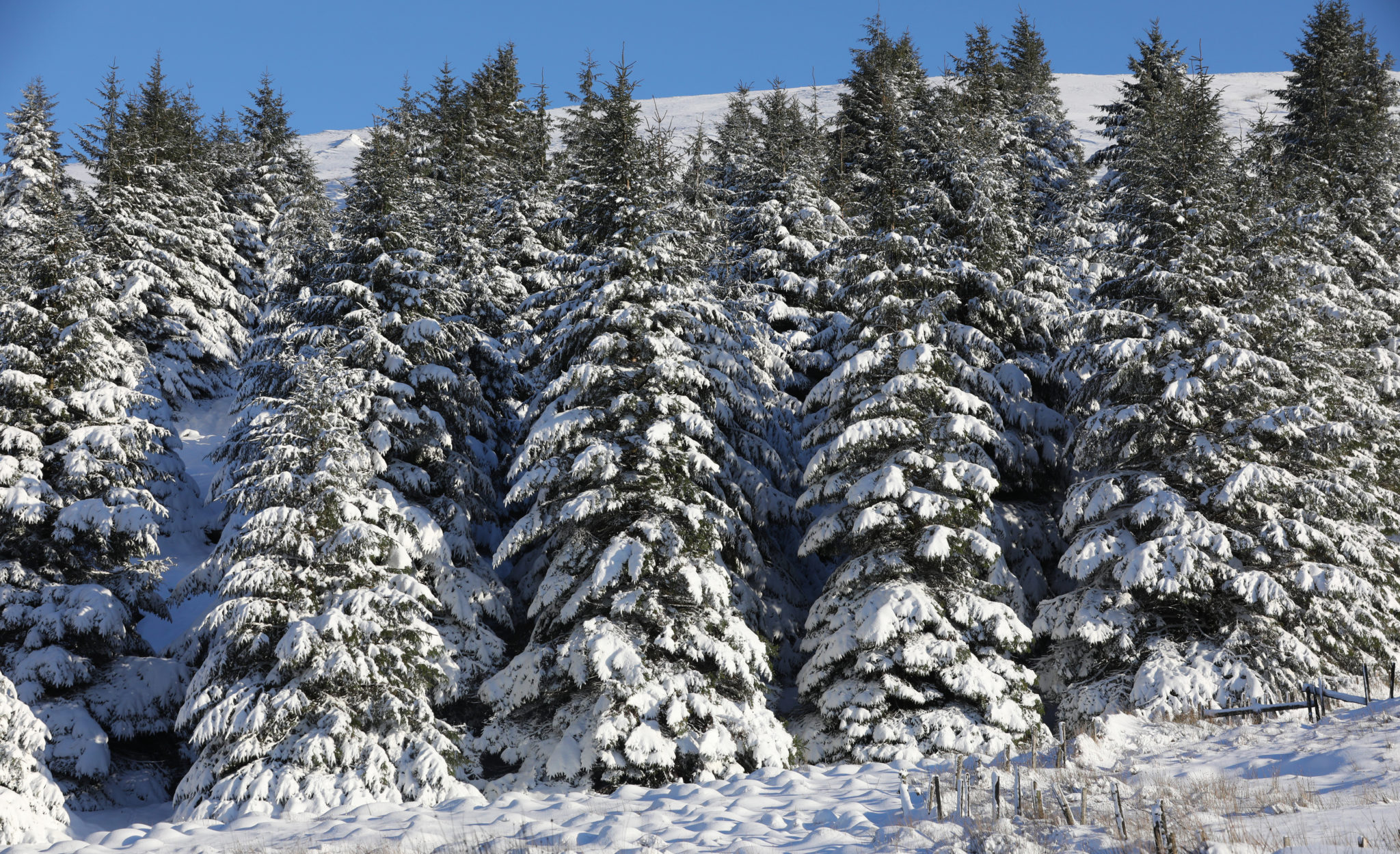 Snow covered pine trees near the Wicklow Gap in 2019. Picture by: Eamonn Farrell/RollingNews.ie

Many areas will be dry but with a sharp ground frost, leading to some icy patches.

Lowest temperatures of -3 to +2°, coldest in Ulster and Leinster.

Friday will be another cold day of dry and sunny weather in many areas during the morning.

Showers are forecast in coastal parts of the west, with some of those being heavy and possibly wintry.

Cloud will increase in Ulster and Leinster later, bringing widespread showers or longer spells of rain - falling as sleet on higher ground.

Temperatures will only reach between 3 and 6°, and there will be an added wind chill too.

And Friday night will see showers or longer spells of rain or sleet continue in Ulster and Leinster.

But it will be drier in Connacht and Munster, with some clear spells.

There will be lowest temperatures of 0 to +4°, but it will remain breezy with fresh to strong northwesterly winds.

Many people will 'wake up to covering of snow' on Sunday morning, forecaster says

Thursday's weather: A frosty start with some showers; lows of -2 tonight