Dublin’s latest sculpture was built to disintegrate and be composted after its one-year term ou...

Dublin’s latest sculpture was built to disintegrate and be composted after its one-year term outside City Hall is complete.

The colourful statue was unveiled on the O’Connell plinth this morning by Dublin Lord Mayor Alison Gilliland.

It is the first of six new sculptures to be unveiled as part of the new ‘Sculpture Dublin’ initiative.

On Newstalk Breakfast this morning sculptor Alan Phelan said the sculpture is a ‘sconce’ or wall-mounted candle holder that he originally made out of Fimo clay in his kitchen during lockdown.

It was then scaled up using 3D scanning before being 3D printed at its current size 5.5-metre size.

“It is a temporary one-year commission,” he said.

“It is only going to be there for a year, so I built in the ability for it to decompose. It is made from eco-plastic, which is a plant-based plastic that the printer used and then it is covered in paper and paint so it can actually be composted and disintegrated.

“Now, I don’t want to destroy it after the year. I want it to have a life somewhere else so we will be working on that over the course of the year, but it was basically taking the notion of something that is temporary and using a different approach to that kind of materiality of a monument which is usually bronze or stone and using modern materials and modern methodologies.” 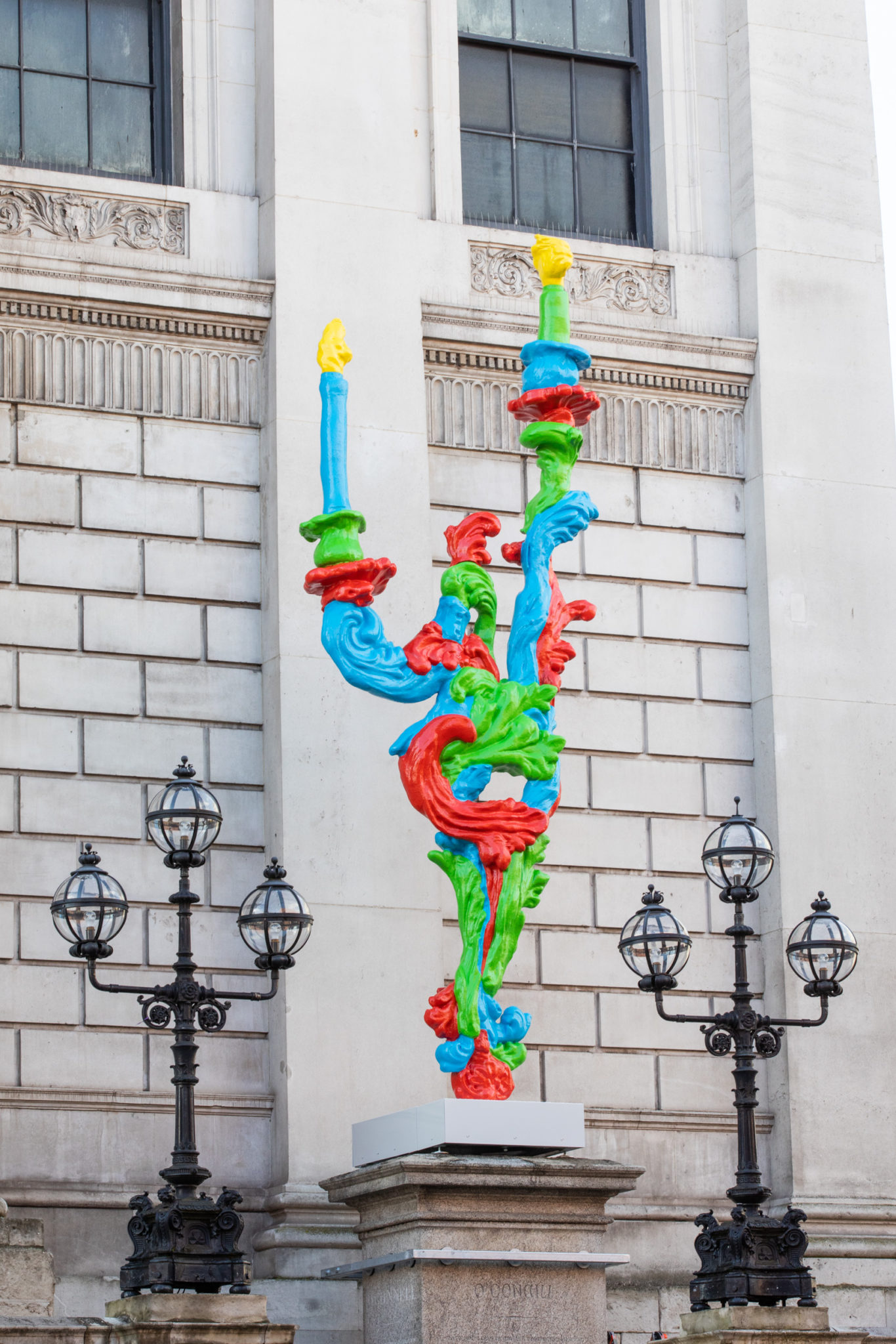 The colour scheme is one Mr Phelan has used in a lot of his recent work.

“It is very colourful,” he said. “It is made of red, green and blue colours and those colours combine to make every other colour on the spectrum – that is the reason why it is those three colours.

“It is very colourful because it is up against a big grey building, so it is a great position to put something colourful and bright on that end of the street.”

The sculpture is entitled ‘RGB Sconce, Hold Your Nose’ – which refers to a poetry pamphlet that was published during the 1884 Dublin Castle scandal.

The scandal saw Irish nationalists revealing the homosexual activities of high-ranking British civil servants and pointing to them as proof of the corrupt and immoral nature of British rule.

Mr Phelan said the piece highlights how much Ireland has changed in the years since and celebrates the different forms of emancipation that have occurred in the area – from independence through to marriage equality and reproductive choice.