A white water rafting project planned for Geroge's Dock in Dublin city has been put "on hold", the council has confirmed.

The attraction was to include state-of-the-art fast-water facilities and canoeing infrastructure.

In a statement, Dublin City Council says: "The project is currently on hold due to uncertainty around the external funding and the expected construction cost of the project".

It adds that it will be subject of a review in early 2022.

It also says an updated report on the project will be presented at the December meeting of the Central Area Committee.

Earlier this year, the Government refused to give €25m in funding to the controversial development.

Dublin City Council sought €19m for the project from the Urban Regeneration and Development Fund (URDF). 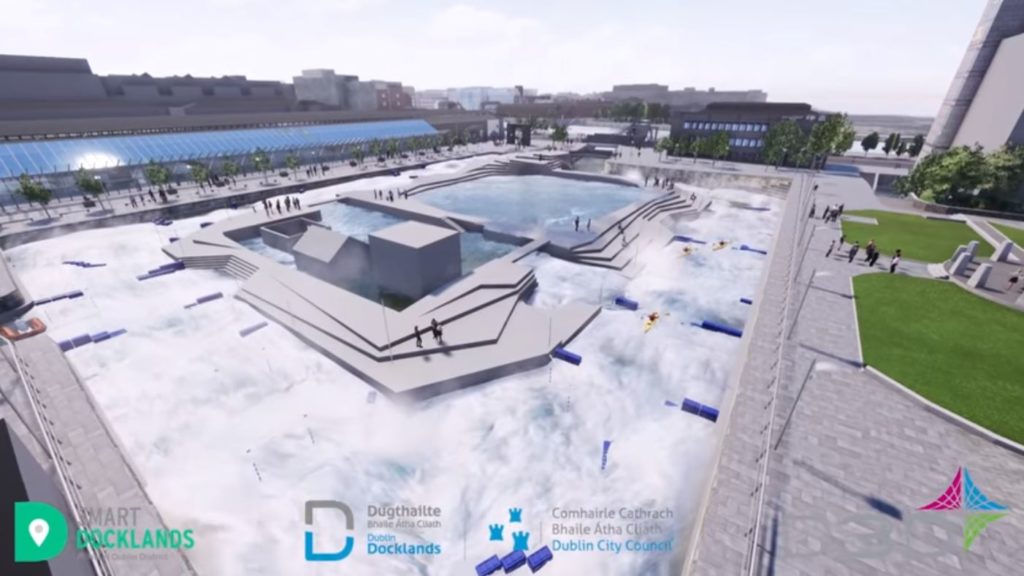 Dublin City Council previously said it would expect the facility to attract 30,000 people a year.

However, the cost of the plan received widespread criticism - with Senator Michael McDowell describing it as a 'vanity-driven project'.

"I think Dublin City Council has lost its way completely - one of it's primary functions is to address the housing crisis", he told Newstalk in January.

"Under the Housing Act, as a housing authority, it has a direct responsibility to provide homes, social housing and to make available and to re-organise the planning of the city so there is actual housing available.

"Instead of that, they are engaging in a tendering process for a project... which is peripheral to their function, and suggests that the management of Dublin City Council aren't concentrating on the day job and are pursuing their own personal [interests]."

HAP changes 'tinkering around the edges' of housing problem

Spend a penny? Dublin's public toilets costing €7 per use