Dublin has the fifth longest commuting time among EU capital cities. That is according to a new s...

That is according to a new study from Eurofound, which carries out three pan-European surveys.

It suggests people in Dublin spend almost 60 minutes commuting - putting us just below London and above Stockholm.

People living in Budapest, Paris and Amsterdam reported among the longest commuting times in the bloc.

The analysis also shows significant differences in reported commuting time between people living in capital cities and those living in rest of the country.

For example, people living in Paris reported 31 minutes longer commuting per day than those living in the rest of France.

In Sofia, residents reported commuting 30 minutes longer than those living in the rest of Bulgaria. 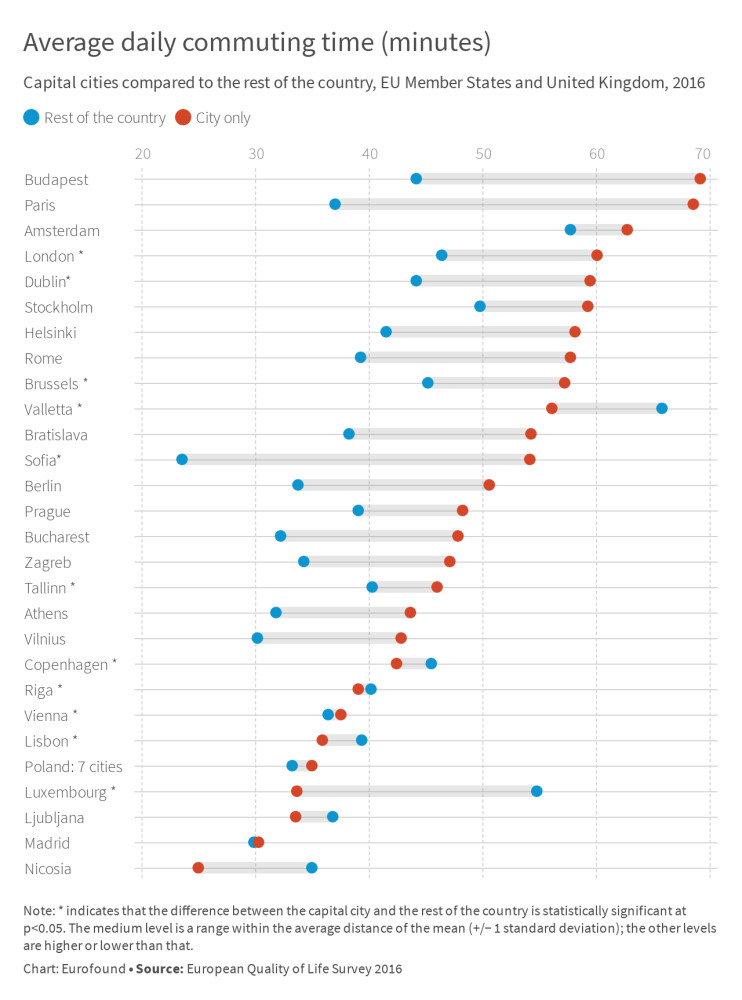 And people living in Budapest reported spending 25 minutes longer commuting than those living in the rest of Hungary.

Despite these longer than average commuting times, capital city residents still rate the quality of public transport higher than the population in the rest of country - showing that issues such as connectivity and choice in terms of mode of transport are also taken into consideration.

This analysis follows new research from the European Environment Agency (EEA) - which highlights that Rome, Dublin and Paris have the largest amount of time lost due to traffic congestion in the EU.

The data also comes after a recent study found that Dubliners who drive spend an average of eight days and 21 hours a year sitting in traffic.

The TomTom traffic index found the capital to be the 17th most congested city in the world.

However the data suggested that travelling after 6.00pm on Thursdays could save up to six hours per year (for a 30 minute commute).