Drug seizures at Irish mail centres increases by over 91%

The number of drug seizures at Ireland's four mail centres has increased by over 91% this year.

More than €3m worth of substances has been recovered by Revenue.

According to new Freedom of Information figures, there were 2,211 drug seizures in the first 10 months of this year in Portlaoise, Dublin, Athlone and Cork Mail Centres.

This year, the majority of the interceptions were cannabis - amounting to more than 1,300.

The Dublin Mail Centre had the highest number of all drug seizures in the first 10 months of this year, with 1,208. 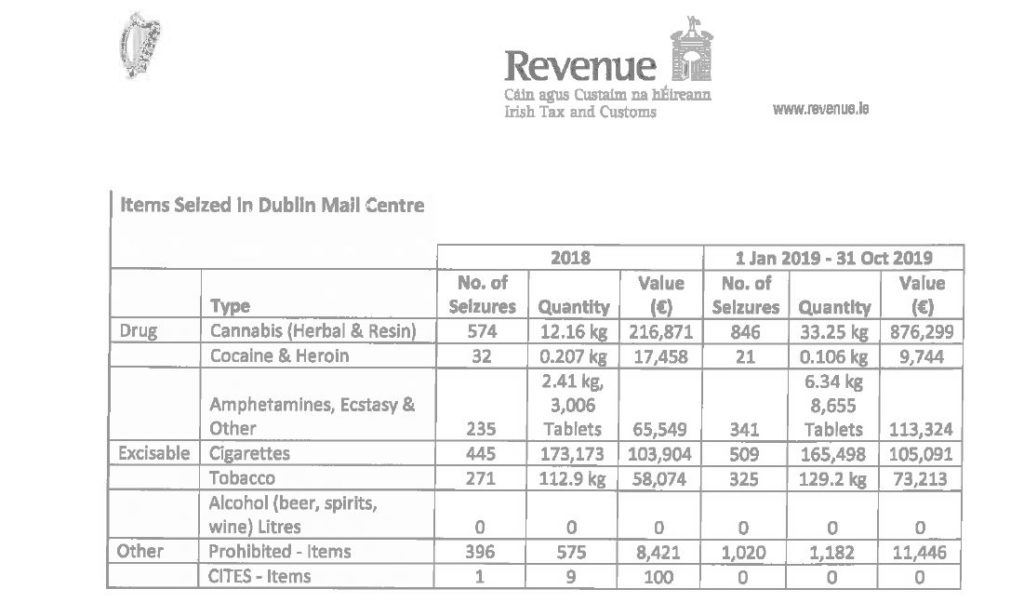 Just over €3m euro worth of substances were recovered in the four centres in the first 10 months of this year.

This compares to €2.6m in all of 2018, suggesting many of the recent drug seizures are of a smaller value.

"Clearly excellent detective work is ongoing, but to my mind it illustrates that the drug issue - the cocaine issue in particular - has gone out of control.

"It is feeding drug gangs, it is feeding drug murder, and it is causing untold misery - particularly in the north side of Dublin, which I represent myself, which has had five murders in the last seven months".