"It spreads out into a sheet of the slippiest thing on the surface of the planet.”

Plummeting temperatures will see ‘freezing rain’ falling tonight – one of the ‘slippiest things on the planet’, according to Met Éireann.

Two Status Yellow warnings will come into force in the coming days with temperatures set to fall as low as -5C.

The first warning comes into force at midnight tonight – with the forecaster expecting “hazardous conditions”.

It says a band of wintry precipitation will sink southwards with the potential for black ice/freezing rain on surfaces.

The second comes into force at 10pm tomorrow night and will remain in place until Friday morning.

The forecaster is again warning of hazardous conditions, with a “sharp to severe frost and icy surfaces.”

“Freezing rain falls through a layer in the atmosphere - a warm front or something else it is coming through - and there is a pocket of warm air and the snow or the ice crystals in the air melt back into liquid,” she said.

“The liquid then falls back into the freezing air right near the surface and before it has a chance to turn back into an ice crystal, it lands on the ground.

“It falls on the ground and it spreads out into a sheet of the slippiest thing on the surface of the planet.”

“Your car needs to be fit for purpose to be able to handle the conditions and the most important thing to do is to check the tyres because they are the only point of contact you have with the road,” he said.

“If you are going to be able to stop your car safely in icy conditions - in hail stones or even in parts of the country where snow is predicted - you have got to have tyres that are fit for purpose.

“That means making sure they are not below the legal minimum thread depth of 1.6mm but we always recommend that you consider changing them once they start hitting 3mm.” 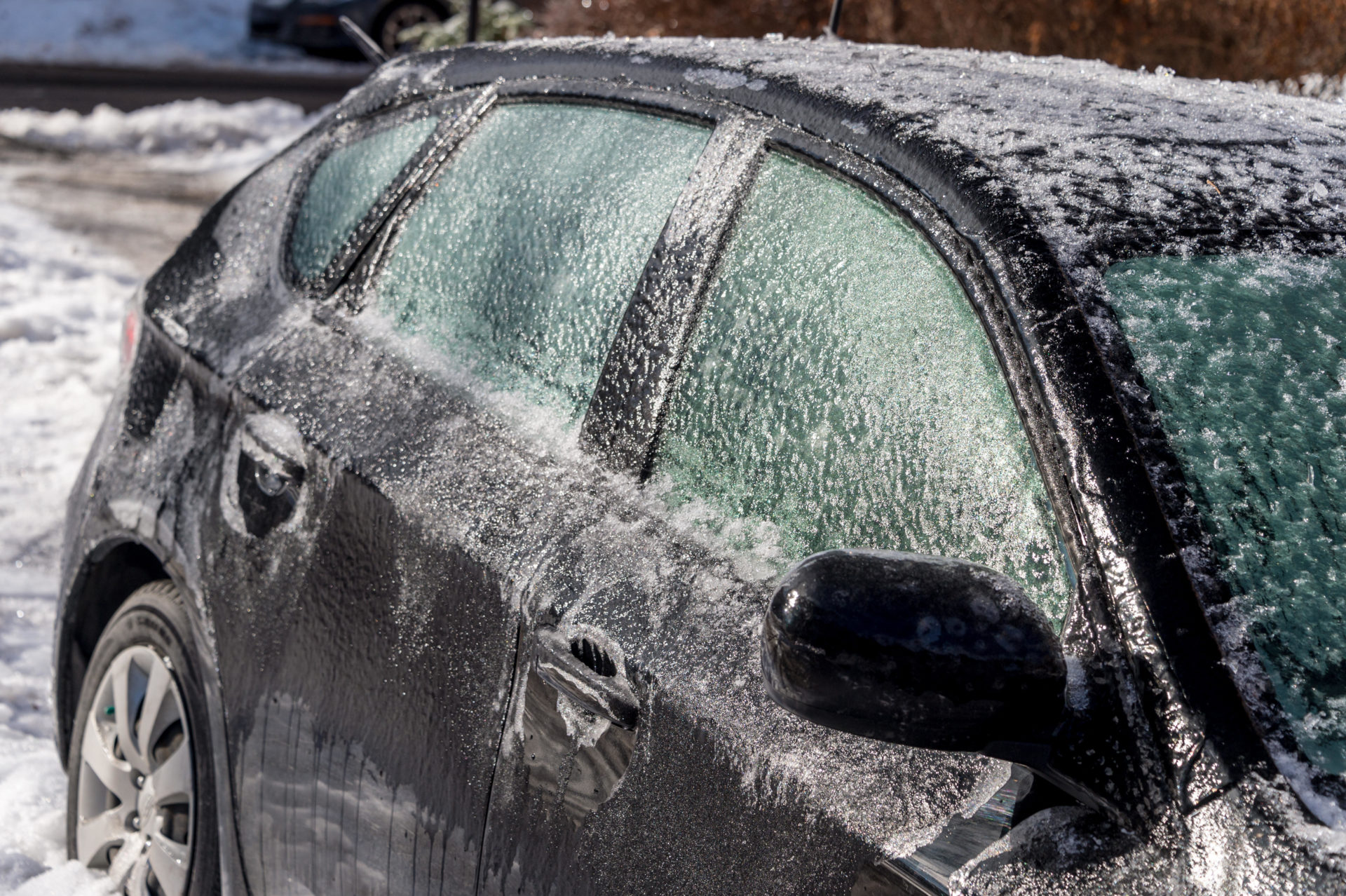 He said people should expect to hit black ice as soon as they are off untreated roads.

“You really have to watch out for black ice and ice in those situations,” he said.

“What we advise is, first of all, try and prevent the skid. So, remove the problem - which is your speed - and slow down.

“Especially going into bends and in sheltered areas where there is a likelihood of a build-up of black ice.”

If you encounter ice or heavy hailstones, you should drive slowly in a high gear.

“Just a note on the hailstones,” he said. “That is something people don’t take very seriously overall but it actually happens quite quickly.”

“They are unpredictable and there are hailstones forecast this weekend so please, please slow down. I think that is the most important message.”