'About 5,000 jobs will go' as Donegal prepares to enter Level Three restrictions

Thousands of jobs will be lost in Donegal as a result of the decision to move to Level Three rest...

'About 5,000 jobs will go' as Donegal prepares to enter Level Three restrictions

Thousands of jobs will be lost in Donegal as a result of the decision to move to Level Three restrictions, according to the Restaurants Association of Ireland.

Chief Executive Adrian Cummins says hundreds of restaurants, hotels, cafes and pubs will close – with up to 5,000 jobs at risk.

Donegal will become the second county to enter Phase Three from midnight tonight.

The decision, announced yesterday evening, will see restaurants and cafes close – except for delivery, takeaway and outdoor dining with no more than 15 customers.

Wet pubs will be allowed stay open but will only be able to serve outdoors on the same basis as restaurants. 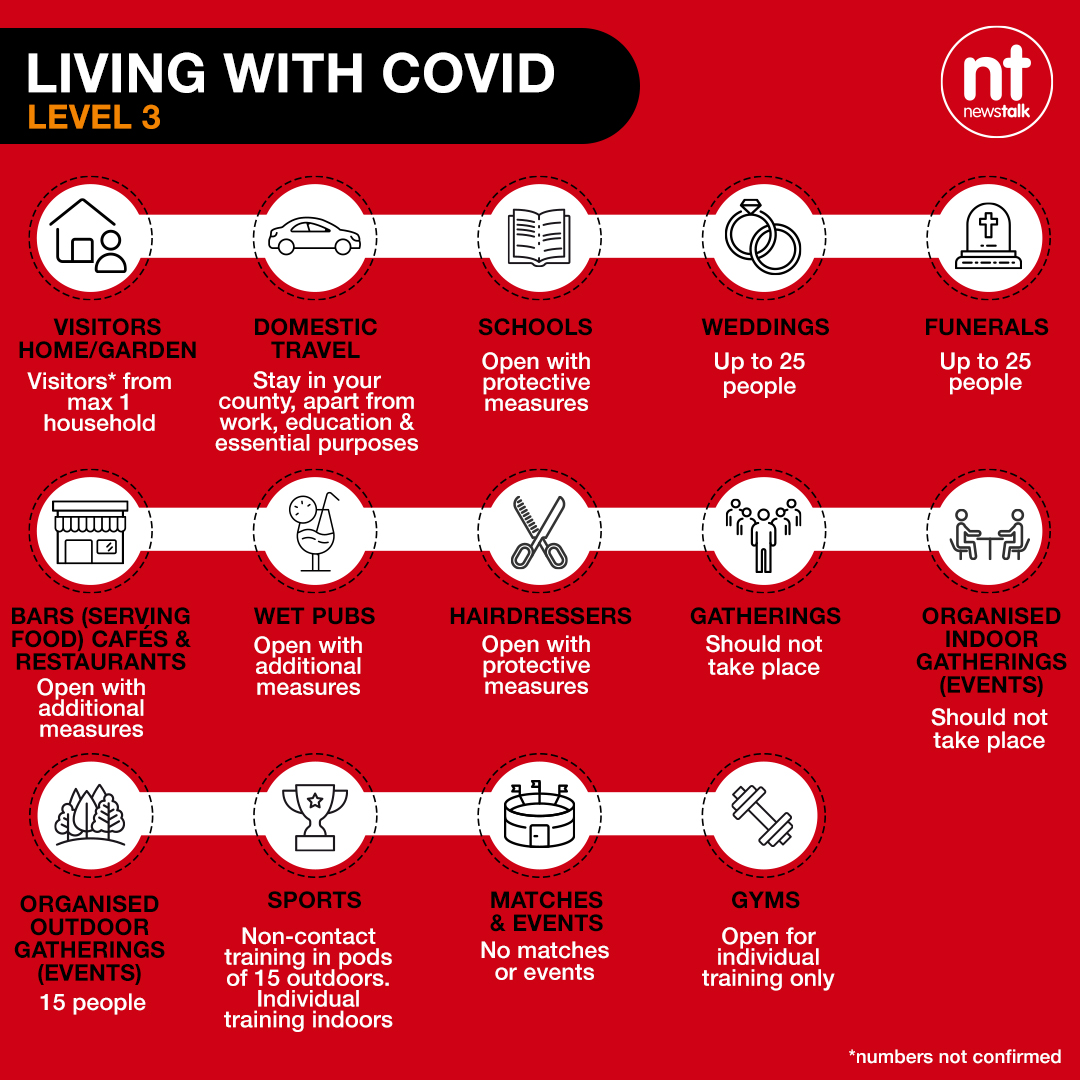 Donegal TD and Agriculture Minister Charlie McConalogue said he understands the frustrations of businesses but insisted the measures are necessary.

“I think it is very difficult for everyone in the county,” he said. “Particularly for businesses and many in our hospitality and pub sectors for example which had just reopened in the past week.

“Unfortunately, given the very significant increase in numbers in recent day and given the fact that out absolute priority here has to be to protecting people’s health, I think there was no choice available but to move on the advice of NPHET to Phase Three for Donegal.”

The latest figures show Donegal now has a 14-day COVID-19 incidence rate of 122.5 – the second highest in the country after Dublin.

The rate in Stranorlar is one of the highest in the country at 336 per 100,000 population.

“The actual level of infections is greater than we would have seen during March,” he said.

“I think the normal accepted rate is that, when you do 100 tests, you expect maybe two positives but in Donegal it is greater than five per 100 and it is greater again in the area of Stranorlar and Lifford.”

One Donegal restaurateur told Newstalk that making money through takeaways is not an option for her.

Emily Browne, owner of the Smuggler's Creek in Rossnowlagh, said she does not expect to reopen her doors until next spring.

“I have quite a lot of staff and it is a big place to keep the heat and light and everything running so I worked it out and it is just not worthwhile to open at all,” she said.

There are concerns other counties may follow Donegal into Level Three in the coming days and weeks.

Louth remains the only other county with an incidence rate over 100.

Waterford saw a slight drop in the incidence number today and will be given more time to reduce the spread.

Woman knocked down and killed by van in Donegal