US President Donald Trump has bizarrely suggested George Floyd would be pleased about the country's job numbers.

He claimed the man, who died after a police officer knelt on his neck. "is hopefully looking down and saying this is a great thing".

The president made the remark during an address about figures that showed unemployment there had fallen.

"Hopefully George is looking down and saying this is a great thing that's happening for our country," he said.

Mr Trump was speaking at the White House hours after the US Labor Department said that employers had added 2.5 million workers to their payrolls last month.

Economists had been expecting them instead to slash another eight million jobs amid the ongoing fallout from the response to coronavirus.

"This shows that what we've been doing is right," Mr Trump said of the jobs numbers.

"This is outstanding what's happened today." 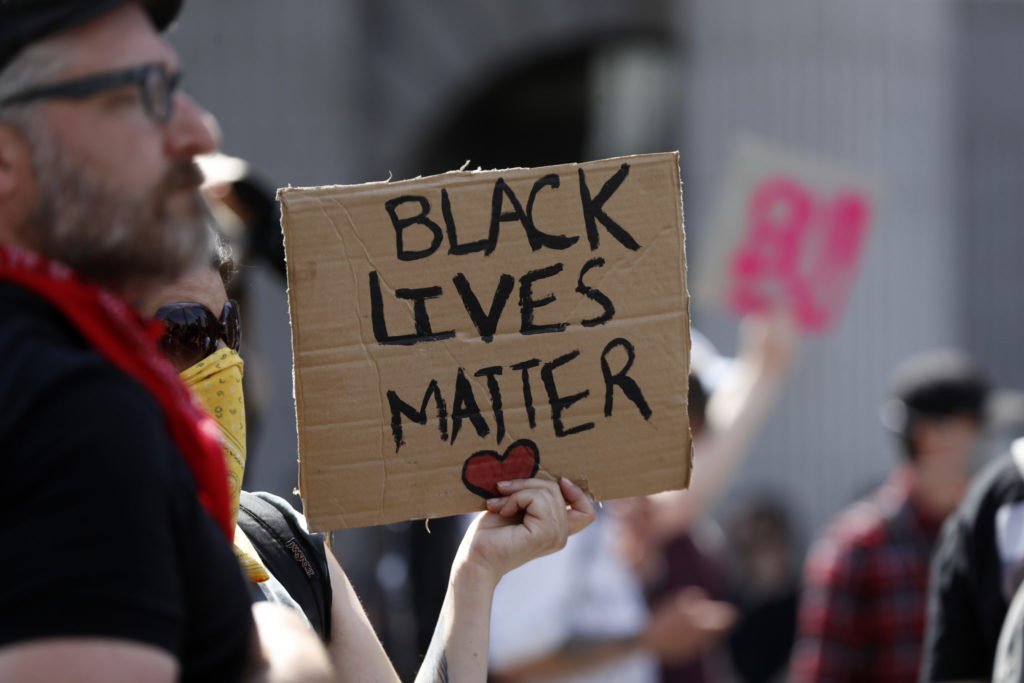 Protesters outside the GPO in Dublin city to protest against the death of George Floyd in the United States. Picture by: Sam Boal/Rollingnews.ie

He said the apparently improving economy was "the greatest thing that can happen for race relations" and the African American community.

He said: "George Floyd's last words, 'I can't breathe, I can't breathe,' have echoed all across this nation... For the president to try to put any other words in the mouth of George Floyd I frankly think is despicable."

Minneapolis police officer Derek Chauvin has been charged with second-degree murder after video showed him placing his knee on Mr Floyd's neck for more than eight minutes while detaining him on May 25th.

Mr Floyd could be heard gasping while repeatedly saying: "I can't breathe."

All four men have been fired.

A lawyer for Kueng, who had not yet completed his training, told a court on Friday that he told his fellow officers as they were detaining Mr Floyd: "You shouldn't do that."

Hundreds of people attending a memorial service for Mr Floyd on Thursday were told he was killed by a "pandemic of racism".

Ben Crump, a lawyer for his family, revealed the 46-year-old had recovered from coronavirus after testing positive in April.

"It was that other pandemic that we're far too familiar with in America, that pandemic of racism and discrimination that killed George Floyd," he said.