Tributes are being paid to US Supreme Court Judge Ruth Bader Ginsburg, who has died at the age of...

Tributes are being paid to US Supreme Court Judge Ruth Bader Ginsburg, who has died at the age of 87.

She passed away at her home in Washington DC, surrounded by her family, due to complications from pancreatic cancer.

She was appointed to the Supreme Court by US President Bill Clinton in 1993 and was a champion of women's rights who became an icon for American liberals.

Young women particularly seemed to embrace the judge, affectionately referring to her as the 'Notorious RBG.'

US President Donald Trump will likely try to push a successor through the Republican-controlled Senate, moving the court further to the right.

But Larry Donnelly, a law lecturer at NUIG, says this might not be the way to go.

He told Newstalk Breakfast: "He says he's going to try, but there are a couple of things going against him.

"And to get this done and get it all, it would really be rammed through, and I think that that gives off bad appearances.

"At a practical sense it's difficult despite his intensions, and despite the willingness seemingly of Senate majority leader Mitch McConnell to fast-track this. 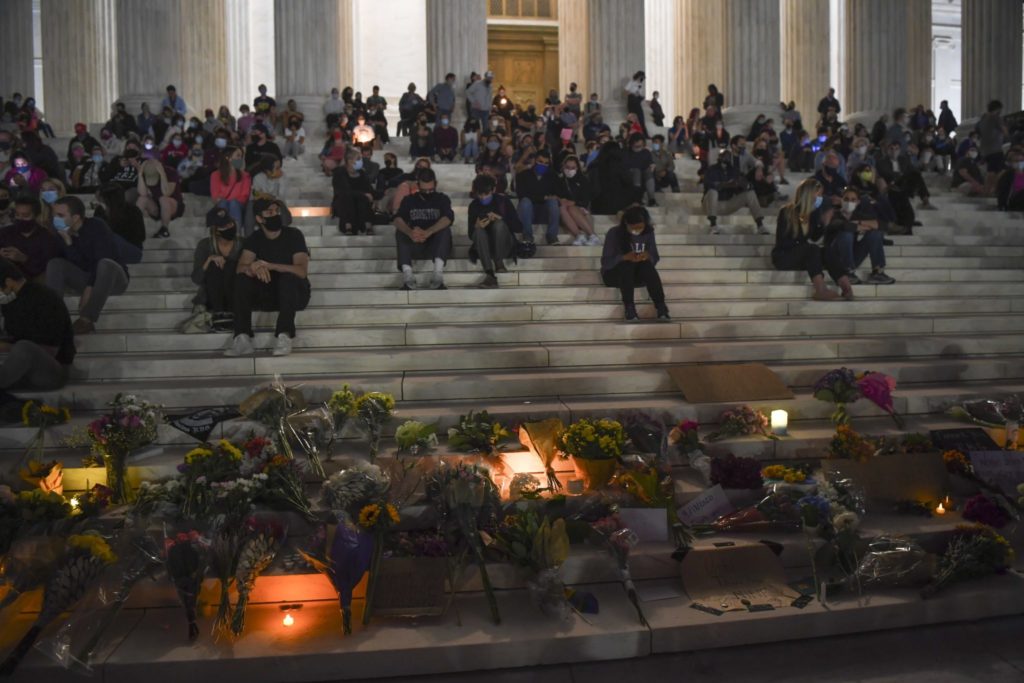 "The second is politics: Mitch McConnell in 2016, 237 days out from the election, said we couldn't have an Obama nominee to the court cause the people needed to decide.

"If he does this it's a real hypocritical move on his part, and it might make some people within the Republican Party - especially Senators who are up for tight re-election battles, including Susan Collins in Maine, she's the one to really watch here - if they balk, then politically this could be difficult for Republicans if they try to do this in such a short timeframe".

"Looming in the background of all this is the future of Roe versus Wade, and politically speaking that may motivate Democrats to fight hard against this, it may motivate Republicans to do the opposite.

"And in terms of the presidential election this will be lurking in the background - in particular with that cadre of suburban women who Donald Trump very, very badly needs in his corner.

"So politics is going to animate every aspect of this, and I wouldn't make any predictions as to how it's going to turn out right just now".

Responding to her death, President Trump said she was an "amazing woman" and he was sad to hear she had died.

Former US president George Bush described her as a "smart and humourous trailblazer", saying he was "fortunate" to have known her.

Hillary Clinton said she had "paved the way for so many women, including me".

"There will never be another like her," she added.

US Chief Justice John G Roberts Jr was also among the first to pay tribute, saying: "Our nation has lost a jurist of historic stature.

"We at the Supreme Court have lost a cherished colleague.

"Today we mourn, but with confidence that future generations will remember Ruth Bader Ginsburg as we knew her - a tireless and resolute champion of justice."

She was a household name in the US and numerous celebrities have paid tribute, including Hollywood actress Brie Larson, who said: "Thank you, Justice Ruth Bader Ginsburg. We'll keep pushing our way into all the places we've yet to be invited." 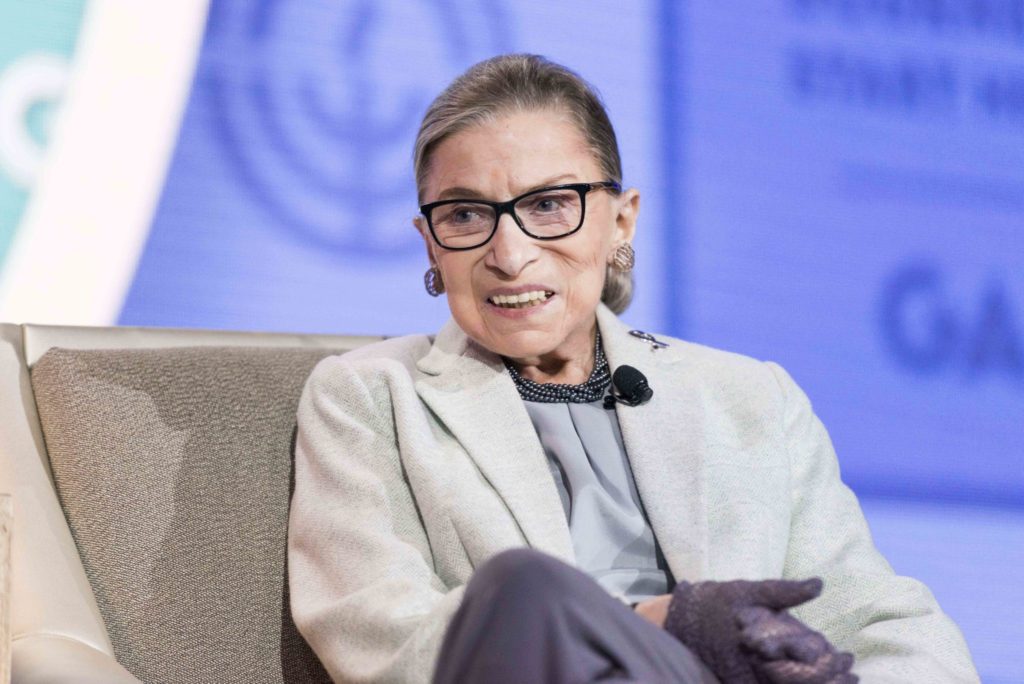 Hailing from a working-class family in Brooklyn, Justice Ginsburg won major gender discrimination cases before she was appointed to the Supreme Court.

She was only the second woman in history to sit on the highest court in the country - providing key votes in landmark rulings securing equal rights for women, expanding gay rights and safeguarding abortion rights.

Justice Ginsburg once said that despite graduating at the top of her Columbia University law school class, she struggled to find a law firm willing to hire her because she had "three strikes against her" - for being Jewish, female and a mother.

A private funeral ceremony will be held at Arlington National Cemetery in Virginia.