US President Donald Trump is due to fly back to the United States this afternoon. Locals in Doonb...

US President Donald Trump is due to fly back to the United States this afternoon.

Locals in Doonbeg, Co Clare waited long into the night to meet him - amid rumours he would visit the town.

It comes after his sons - Eric and Donald Junior - went on a pub crawl on Wednesday evening.

They drew large crowds as they toured venues - even trying their hand at serving pints behind one bar.

Donald Jnr said: "Thank you so much for everything guys - the support around town from day one has been incredible.

"But it's only growing stronger, so we really want to thank you for that.

"Every time we're here we get such a warm welcome, it's truly amazing and you guys have been the best - it's really touching to us".

However, the crowds left around midnight without a glimpse of Mr Trump, who was entertaining guests at a dinner at his five-star hotel. 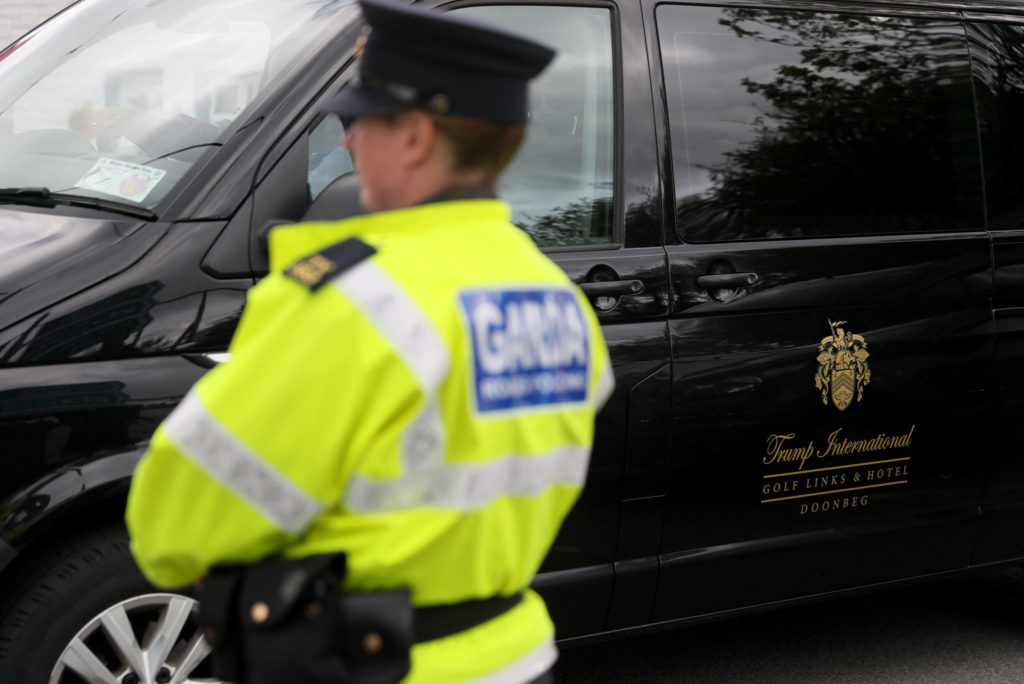 Con Cremins, a Trump super-fan, sang a rendition of 'Happy Birthday' in honour of Mr Trump - who turns 73 next Friday.

Mr Trump and his wife Melania will leave Shannon Airport for Washington DC after a round of golf.

He landed in Shannon on Wednesday for a meeting with the Taoiseach Leo Varadkar.

After the meeting, Mr Trump said he was in favour of granting more visas for Irish people to stay in the US, with access to the E3 programme.

It is seen as significantly easier and less costly to obtain than the traditional visa.

The visa is also renewable every two years for an indefinite period of time - meaning people can work on it for as long as they are employed.

The scheme, which is currently only open to Australians, allows some 10,500 people to work legally there every year.