Dogs Trust is urgently appealing for support after taking in 54 puppies in less than three weeks....

Dogs Trust is urgently appealing for support after taking in 54 puppies in less than three weeks.

The animal welfare charity is dealing with a surge in post-pandemic surrender requests – with nearly 2,200 since January.

That marks a 33% rise on the year before and the last few weeks have been particularly challenging.

In the last three weeks alone, the charity has taken in 54 puppies – including a litter of ten-day-old puppies that need to be bottle-fed around the clock.

Your help is URGENTLY needed! 54 puppies have come into our care in the past 3 weeks alone, so we desperately need foster homes. We're completely full & receiving more requests to take in vulnerable dogs daily.

If you could foster a puppy, please visit https://t.co/7Wzctasvga pic.twitter.com/kpsxc5fiHj

“It is placing huge pressure on all of our staffing resources,” she said. “We really need foster homes and support from the public so we can continue to help as many dogs as possible.”

The charity said it has an “overwhelming list” of dogs waiting to come into its care from local dog pounds and simply does not have the kennel space to care for them all.

“That’s why we’re urgently appealing for foster homes, so we can help as many dogs as possible, said Dogs Trust Rehoming Centre Manager Maciej Trojanowicz.

“People who foster are often asked if it’s hard to say goodbye to the dog they have cared for. As a fosterer myself, I can tell you first-hand that the feeling of knowing the dog is going to a family who will love them, far outweighs the temporary sadness.” 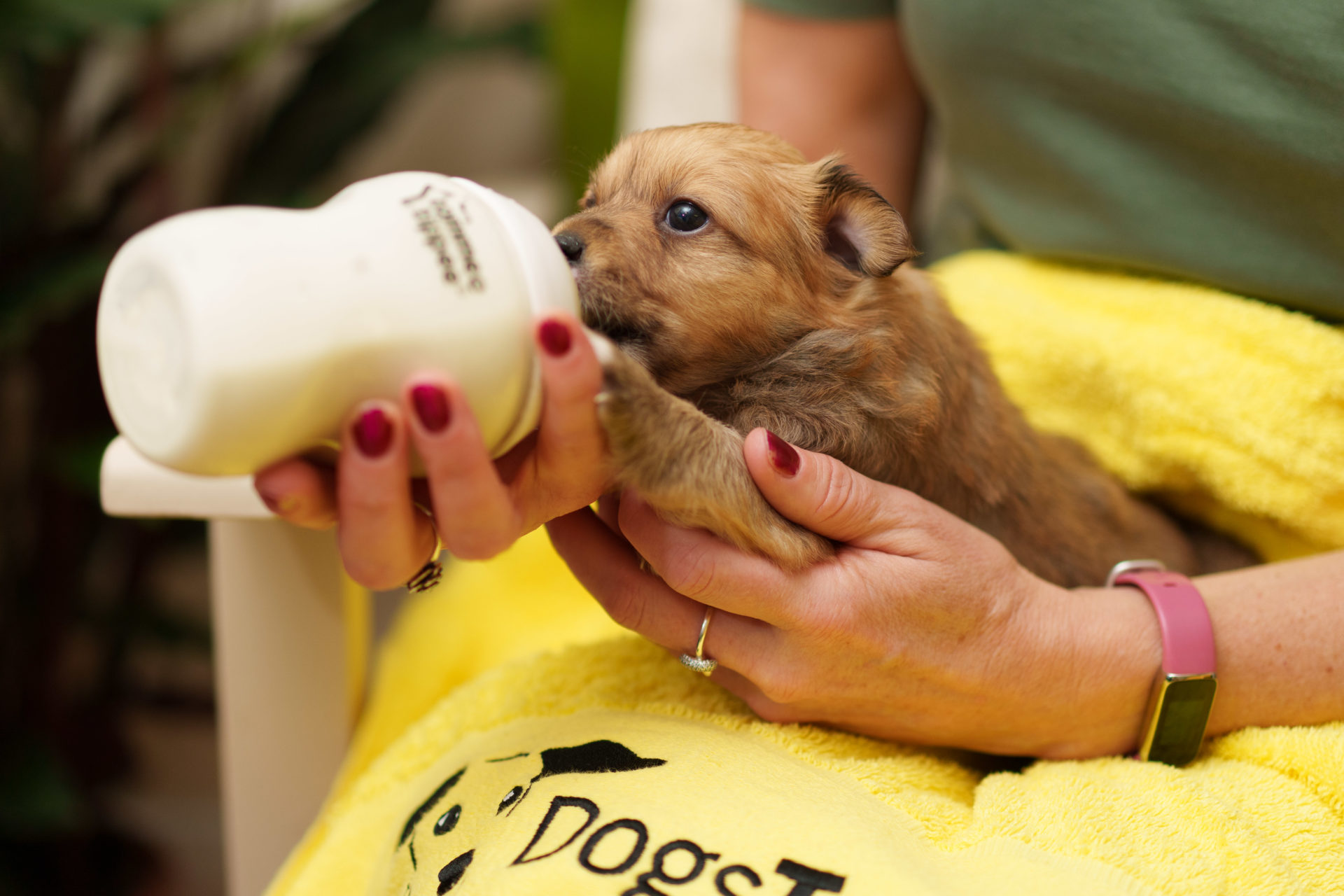 A four-week-old puppy who is being hand reared in Dogs Trust Ireland. Image: Fran Veale

Earlier this week, Pete ‘The Vet’ Wedderburn told Newstalk that unwanted dogs are being sent to Sweden and Italy as shelters in Ireland are now so overwhelmed.

He said there are shortages of some types of dogs in certain European countries that have tougher laws on breeding. 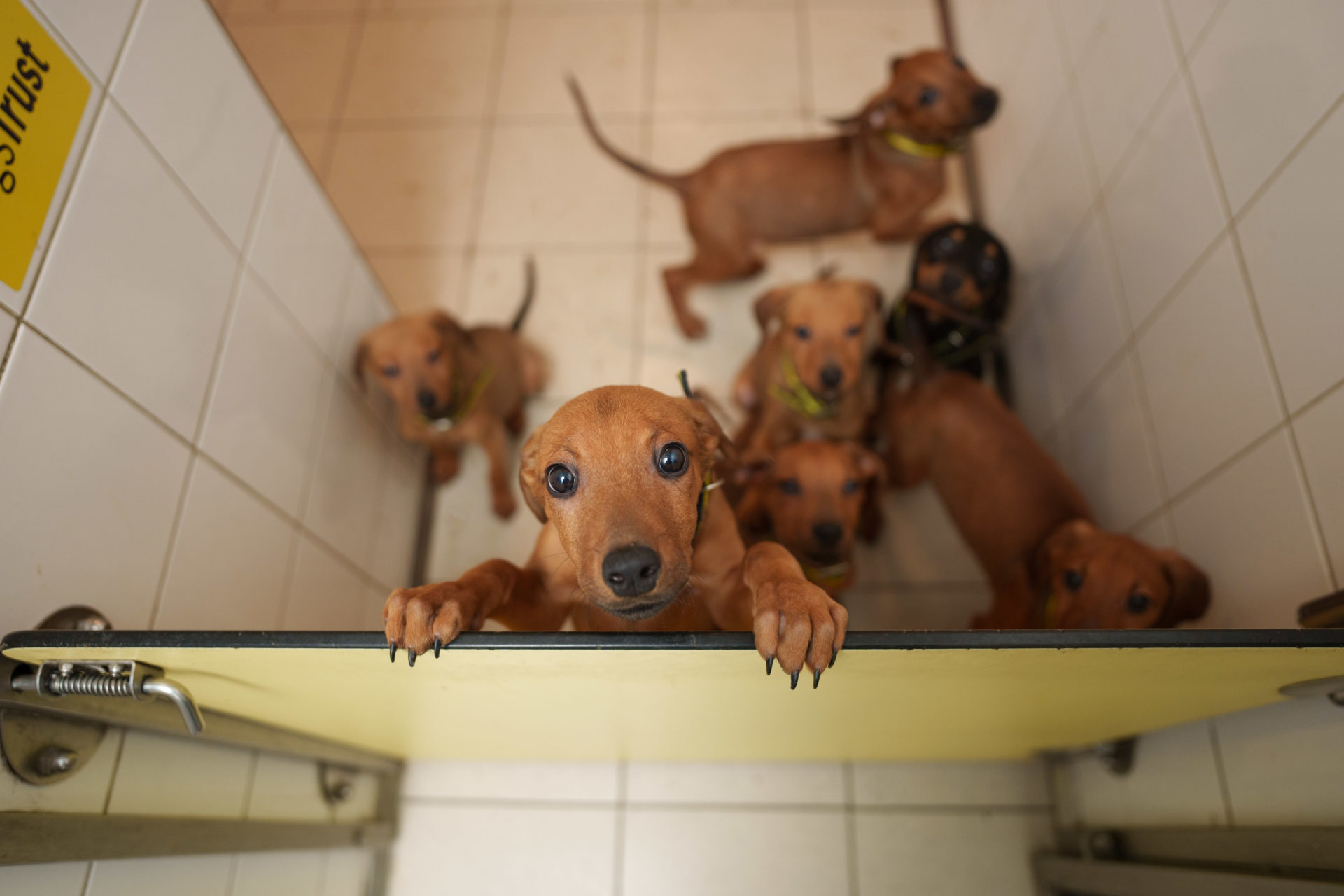 Ms Fitzsimons said was making big progress in the unwanted dogs crisis – but all that changed during the pandemic.

“Dogs have always been sent from Ireland to countries like the UK, Sweden and Italy because there has been an unwanted dog crisis in Ireland for a few years,” she said.

“We were making inroads on that and things had really, really improved over the last few years, but since the pandemic and lockdowns have ended, it seems that we’ve almost gone back ten years.” 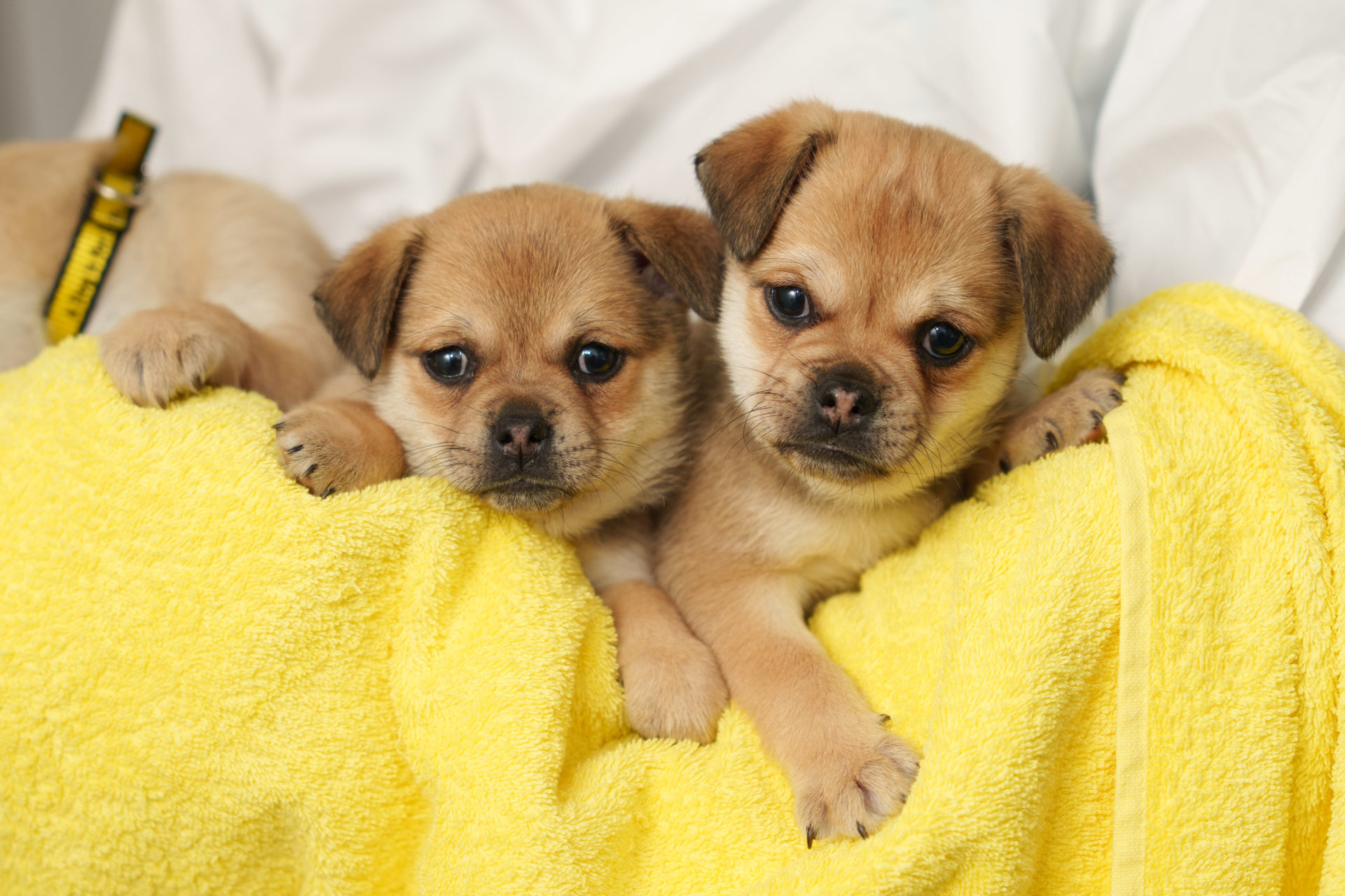 If you are interested in fostering or adopting a puppy, please visit DogsTrust.ie for more information.

You can also donate to Dogs Trust here.