The polls are underestimating Labour, the party’s leader Ivana Bacik has claimed.  While in 20...

The polls are underestimating Labour, the party’s leader Ivana Bacik has claimed.

While in 2011 the party commanded the support of a third of the electorate and a bullish leadership talked of ‘Gilmore for Taoiseach’, now polls suggest that only 4% of people would vote for the party in an election.

It is a challenge that Deputy Bacik is all too aware of but she insists that things are rosier than the polls would suggest:

“The polls currently are disappointing, there’s no doubt about that for us,” she admitted.

“But I do have confidence in our ability to grow and I would say two things about our standing in the polls at the moment; one is that a low national score poll for a small party masks the reality in different constituencies.

“So that while the national poll might be low, if you look at us in Dublin, we’re more than double the rate across Dublin.

“And the second thing to say is that the polls wrote me off in the by-election in July 2021 in Dublin Bay South!

“To win there showed there is a clear appetite among people generally for a constructive voice of change, for a centre-left alternative.” 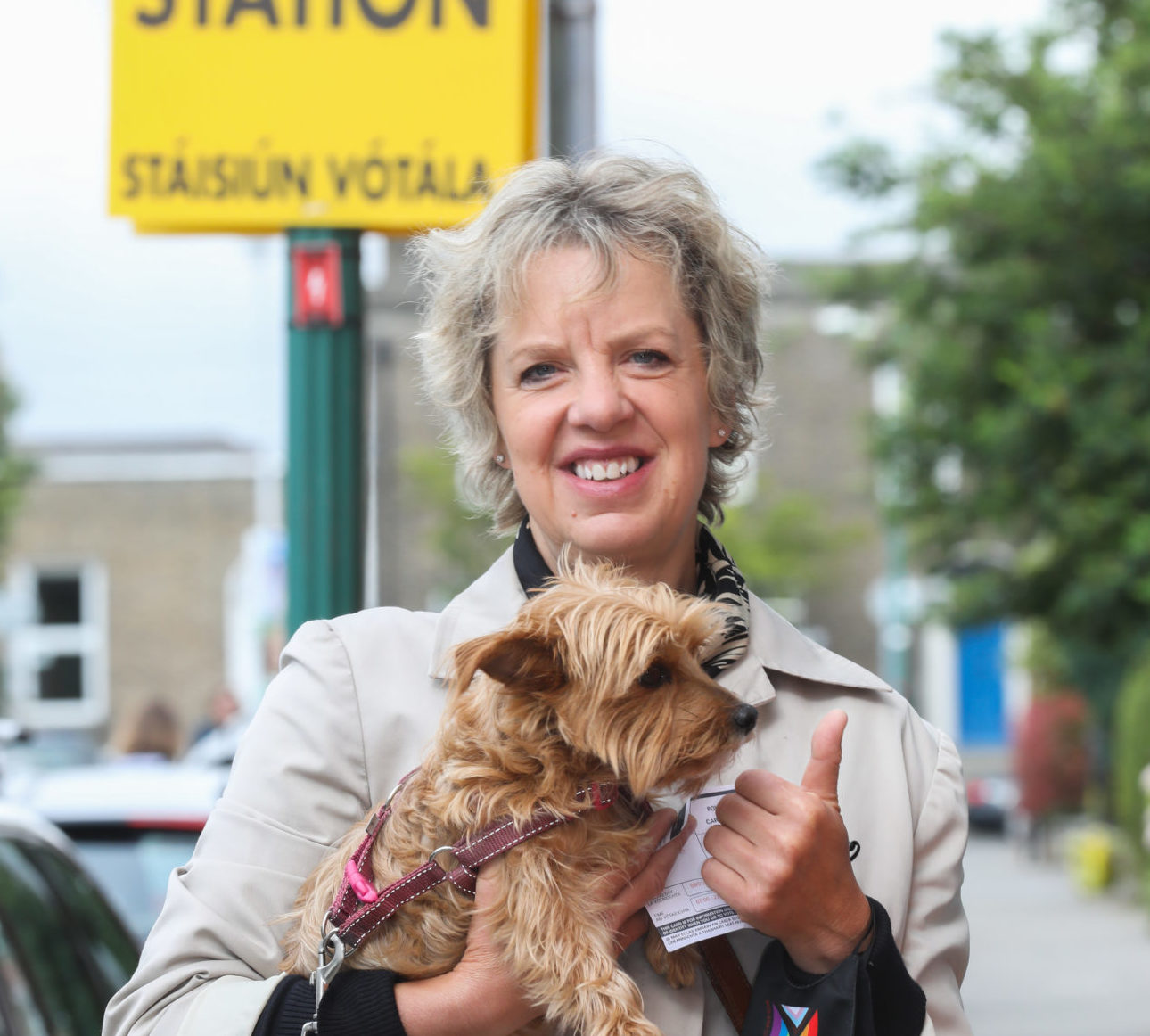 Labour Senator Ivana Bacik arriving at her polling station in Portobello, Dublin to cast her vote with her dog Ginny. Picture by: Leah Farrell / RollingNews.ie

For generations, Labour was the largest voice of the Irish left but now that crown goes to Sinn Féin; the party’s president Mary Lou McDonald is widely tipped to be Taoiseach after the next election.

Still, the party has never been in Government in the south and Deputy Bacik suggested that Labour has a stronger record on delivering for the people:

“Certainly Sinn Féin are doing very well in the polls - there’s no doubt about that,” she continued.

“I suppose for us in Labour the challenge is - and it’s a great opportunity too - is to put forward a positive message of constructive change from a very clear centre-left, socialist, social democratic position.

“And that’s what we offer; Labour as I say has a strong track record of delivering on change, of going into Government and bringing about social changes like divorce and contraception rights or economic changes like social welfare increases.”

The Irish Labour Party was founded in 1910 by trade unionists James Larkin and James Connolly to be a voice for working people.

It currently has seven TDs - down from an historic high of 37 after the 2011 election.

'Huge concern' of over-representation of landowners among TDs - Bacik