The student rent crisis has people asking whether they can camp at UCD.

Students have been asking UCD if they can camp in tents on-campus due to the ongoing rental crisis.

On The Pat Kenny Show this morning, UCD Students Union (UCDSU) president Molly Greenough said students are taking out loans they can’t afford to pay rent – and still being refused.

She was speaking as the student’s union launched its Digs Drive, which aims to convince people to rent out spare rooms – earning up to €14,000 tax free in the process.

Students are handing out flyers all over Dublin urging them to consider renting a room to a UCD student for the coming academic year.

Ms Greenough said the student accommodation crisis is now nearly an annual event – but this year it is “a bit different”.

“Now it has gotten to an overall supply issue so we’ve seen students extending themselves far beyond their price point and the means that they have to pay.

“We have students asking whether it is permitted to camp on campus and bring in tents.

“It’s also important to note that we have students that probably aren’t contacting us because they’ve seen and heard everything that is going on and they’ve realised it just might not be on the cards this year to attend UCD.

“So, it is really an assault to student’s right to higher education.” 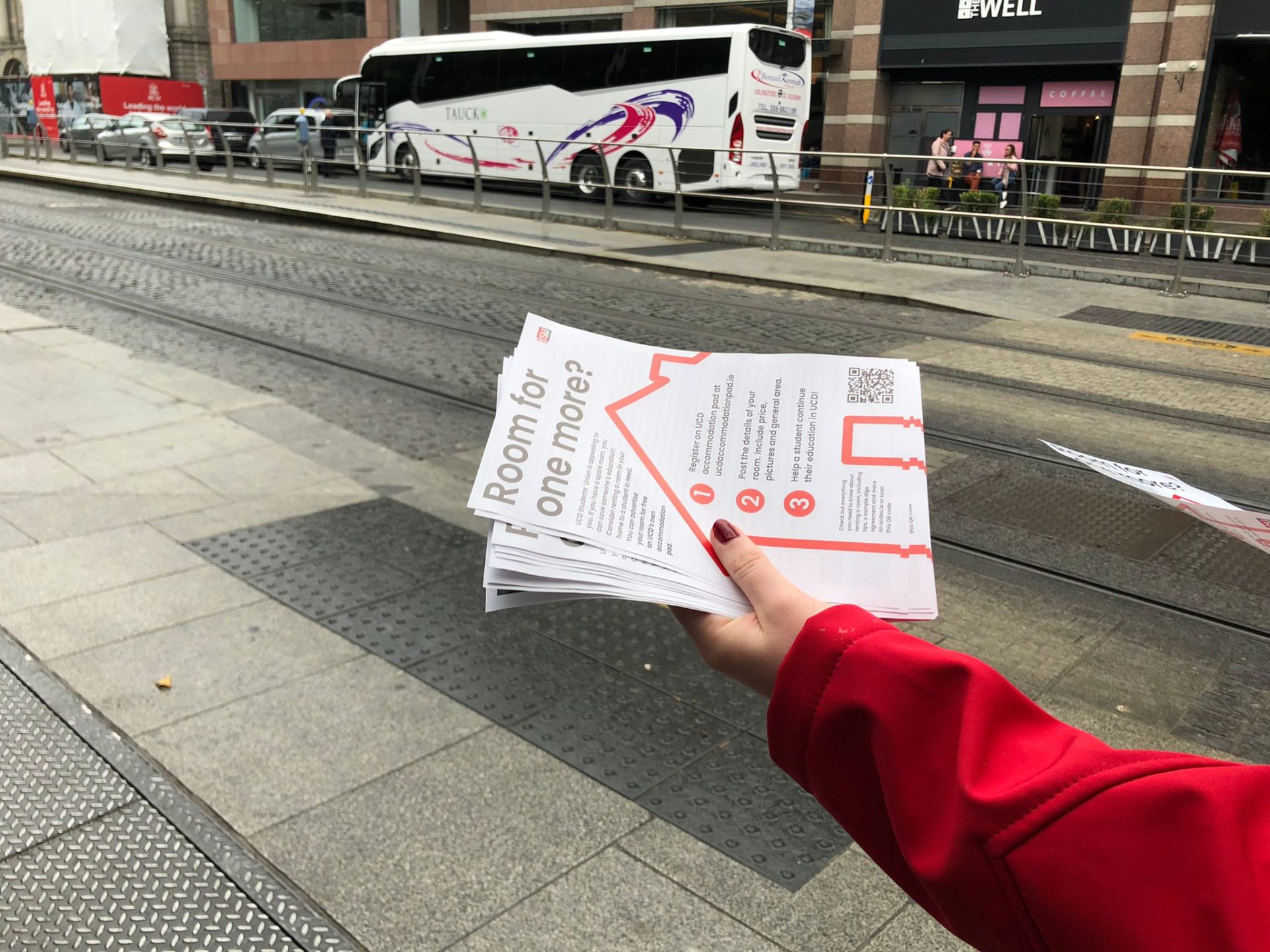 The Digs Drive is especially asking people who live in the vicinity of UCD or on a good public transport route to consider renting out a room.

Ms Greenough said students are taking out loans to bid for rental properties.

“They don’t have the means to pay this,” she said. “A lot of them are taking out private loans, which we really think is disgraceful, but they are still having such a tough time finding stuff.

“Even if they’re looking within a budget like that, they’re showing up to viewings and there are 60 or 70 other people also there all vying for the same room.

“It is not just students this is affecting. It is working professionals, workers pensioners and families so students are competing in a very competitive market, and it seems like they’re being left to the side.”

She said many landlords are affected by a “really negative stigma associated with students” which makes it even harder to them to compete for accommodation.

“These are hard-working students that are just looking to better themselves, get involved in a social life and really, set themselves up for a successful future,” she said.

“They won’t have an opportunity to do that if they don’t have a safe, affordable roof over their head.”

The UCDSU president said there has been a decrease in digs on offer to student since the pandemic, with people still “concerned about letting an extra contact member into their household”.

She said the crisis will continue for as long as housing supply remains so tight.

“We’re making an urgent appeal under the Rent-a-Room relief scheme but we’re very conscious that that’s not the solution to solve this crisis,” she said. “It really demands Government action.”