There are calls for Irish cities to introduce designated areas for public drinking following the ...

There are calls for Irish cities to introduce designated areas for public drinking following the scenes in Dublin over the weekend.

Three Gardaí were injured over the weekend and 55 people were arrested.

The incidents have sparked concern over plans for an 'outdoor summer' and the Irish Council of Civil Liberties (ICCL) has called for a full review of the Garda actions.

Meanwhile, the Garda Representative Association and Garda management have insisted the tactics were a "necessary response."

“I think this could be rolled out right across the country,” he said.

“I think that there always will be a minority of people that will cause anti-social behaviour and we never going to get rid of that. That is always going to be there.

“The majority of young people will be responsible to a certain extent. They will look at getting into a particular area where they can actually have a drink in a controlled environment and a designated area – I think it is something we need to look at.” 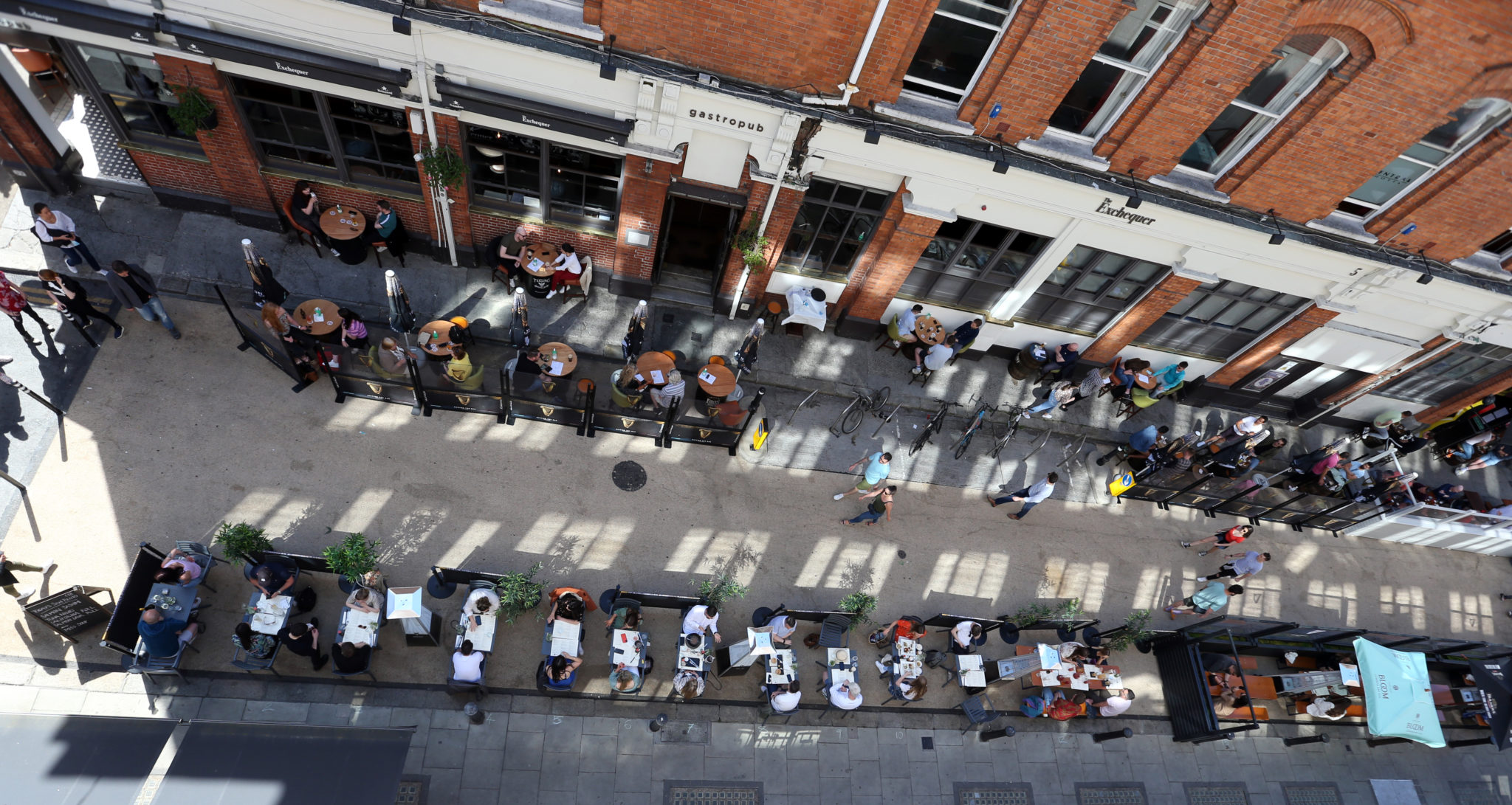 The Councillor for Galway City East said similar schemes were trialled in Vancouver and Ohio and have since been introduced on a full-time basis.

“At the end of the day, people – not just students or younger people – people are going to drink outdoors anyway,” he said.

“The reality is a lot of it is down to the price of drink. If you have to go into a pub and pay €5 or €6 for a beer, why would you do that when you can go to an off-licence and buy 20 for €20 and go out on the street and drink it. That is the other side of it as well.

“I think we need a proper designated area with proper toilets. A proper area which would be allocated for people to outdoor drink in a safer environment. I think it possibly would make it easier as well for the Gardaí.”

He said any scheme would need buy-in from all stakeholders and called for Gardaí and local representatives to discuss the plan with student unions.