Gardaí have defended the use of riot shields in Dublin city centre yesterday evening, saying the...

Gardaí have defended the use of riot shields in Dublin city centre yesterday evening, saying the "unacceptable behaviour" of a small group of people "will not be tolerated".

19 people - including two under 18s - were arrested last night for public order offences in the city centre.

Glass bottles were thrown at officers and a bin was set on fire, leading to crowds being dispersed from South William Street, Temple Bar and St Stephen's Green.

Several of the streets in question were temporarily sealed off over the course of the evening.

Two gardaí were injured and a patrol car was damaged - while a member of the public, who wasn't involved in the violence, was assaulted and taken to hospital.

It was the second consecutive night of unrest in the city centre.

Assistant Commissioner Anne Marie Cagney this morning said most people are being responsible, but a small minority are not.

She said: "We had a cohort of individuals who just won't accept there are laws to abide by.

"They've taken it into their own hands to try and cause trouble for communities.

"This is unacceptable behaviour: we've had a number of missiles thrown at gardaí... and parts of our community have been left in fear. This will not be tolerated."

She said it's a group of mostly male, 'like-minded' young people coming into the city and causing trouble. 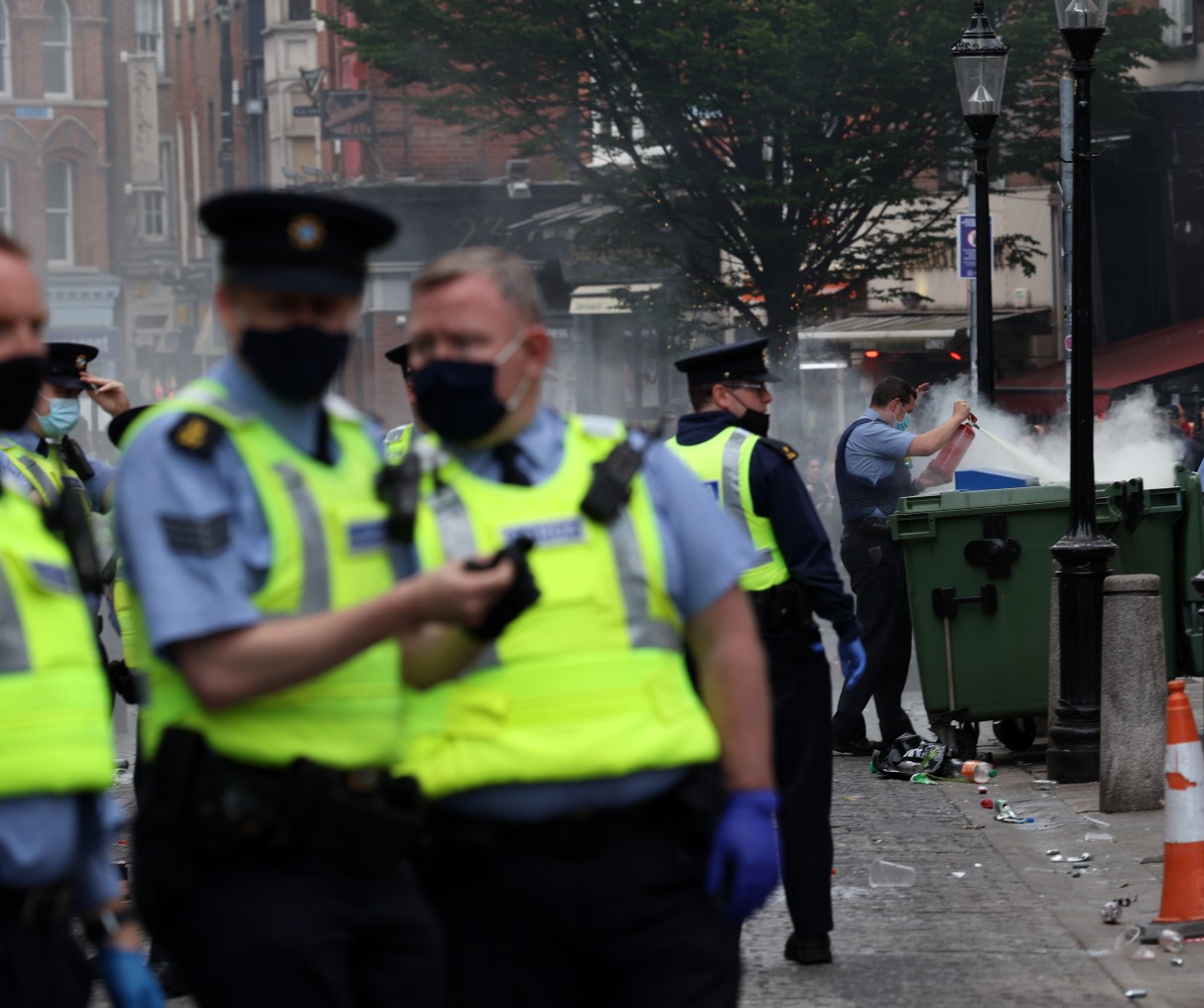 Members of the An Garda Siochana extinguish a small bin fire on Saturday night in Dublin. Photo: Sam Boal/Rollingnews.ie

Last night saw gardaí equipped with shields and other riot gear dispersing crowds, although the force says batons were not used.

Assistant Commissioner Cagney defended the use of the shields during last night's unrest.

She said: "Our response throughout the course of our policing activities has been a graduated response.

"Last night's response is part of a defensive response we put in place to protect our members. We've had three members of An Garda Síochana injured over this weekend, and I will not tolerate that.

"Those shields will provide that additional protection for our members."

She said temporary closures of streets are sometimes necessary, but overall there are "no immediate plans" to do so tonight.