Economist David McWilliams says he believes the Central Bank has been "incredibly unresponsive" to the coronavirus crisis.

The financial regulator this morning warned that the emergency has triggered a severe negative shock to the Irish economy that was "fundamentally different" in nature and scope from anything previously seen.

Meanwhile, figures released yesterday show that more than 513,000 people are on the Live Register or receiving an income support payment due to the COVID-19 pandemic.

He explained: "This is a health pandemic - the most important thing now for people like Paschal Donohoe is to make sure they try and put the economy to sleep in a way in which most people, if possible, have the least anxieties about the future.

"I know that sounds very difficult if you've just lost your jobs or have bills coming in... but that's what I think the government is trying to put in place in terms of wage subsidies etc...

"The most important thing is to realise that the economy that existed on March 9th still exists.

He said that when the virus abates, people should look to the future with "guarded confidence" that we can back to where we were - but stressed it might take a little bit of time to get there.

Mr McWilliams explained: "What we do now in terms of throwing the kitchen sink at people's income, in terms of supporting people and giving people a break... all of that will pay off hugely in the future.

"The crucial thing is to make sure that this vicious recession which has been prompted by the virus... does not lead to a depression."

'Disappeared from the pitch'

Mr McWilliams suggested it "riles me a little bit this morning" to hear the Central Bank weighing in on the economic impacts without recognising their own active part in the economy - suggesting they had been "incredibly unresponsive" to date and "have gone missing in action in a way". 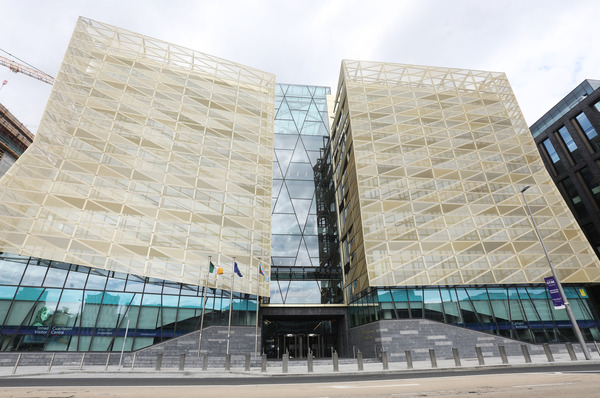 He said that while fiscal policy - such as taxes and spending - is the responsibility of the Government, but the Central Bank is "explicitly" in charge of monetary policy.

He suggested: "In a crisis, it's a bit like a boxer - you've got to fight with both fists. If you fight with one fist tied behind your back - i.e. monetary policy, the Central Bank being missing in action - then obviously everything is going to be much less effective.

"It seems to me as if the Central Bank has just disappeared from the pitch."

According to Mr McWilliams, the regulator should now tell banks to reduce mortgage rates for customers.

He argued: "The Irish banks will still make money if they reduce Irish mortgage rates to 1% - the money that is being made available to them by the ECB is at -7.5%.

He said the savings would be "substantial to people", with monthly outgoings reducing for people and therefore helping protect their current income.