A suicide survivor and former client of Pieta House has shared her story of resilience to encoura...

A suicide survivor and former client of Pieta House has shared her story of resilience to encourage people to support this year's Darkness Into Light campaign.

Cliona O'Hanlon is urging people to take part in the event on Saturday to raise funds for the mental health support service.

She told The Pat Kenny Show that without Pieta, she wouldn't be here to tell her story today.

Cliona began struggling with her mental health after she lost a baby at 28 weeks when she was 18-years-old.

"From then on, my mental health really became something that was quite challenging until about four years ago," she explained.

"On reflection of that time in my life, I didn't have the mental or emotional awareness, skills or tools that are available to us now and I suppose I experienced a lot of low moods, low energy, bleakness after that incident when I was 18."

Cliona went to see a counsellor but "it wasn't a great fit" so never went back, and so she ended up going down "a route that was quite self-destructive ".

"I went into a phase where I just wanted to numb out how I was feeling so that would have been done through drinking, using drugs recreationally, food, anything but feel the feelings and the grief I was was feeling, just distracting myself in any way," she said.

"Then a couple of months after I lost my baby Harvey I did attempt suicide, I took an overdose and gratefully and thankfully I was unsuccessful, my mum found me and brought me into the hospital.

"It got dark enough for me to contemplate my life, that's a fairly dark place."

Cliona also began hairdressing about four months after losing Harvey which was "a good distraction" and she then moved to the UK to continue with her career.

While she was there, she continued the "cycle of self-diagnosing and self-medicating" and as she was in her early 20s, enjoyed the party lifestyle.

She was in the UK for more than four years and she never sought professional help.

When she came home to Ireland, she established a salon with a partner and worked really hard to get the business up and running.

However, she acknowledges that while she may have seemed fine on the outside, she was still struggling internally.

Due to Covid, this year’s Darkness into Light will be a little different than previous years, but you can still take part safely in a number of special ways. Find out more here-@pietahouse@electricireland#DIL2021

"I was portraying this really successful outwardly glamourised life but really the internal was quite contrasting, it was a really hard show to keep going when what I was actually feeling was really incongruent to how I was feeling on the outside," she explained.

"When you're suppressing trauma it's going to come up in many ways that aren't conducive to leading or guiding your life or your business so I suppose it did negatively impact in the end and unfortunately that business partnership didn't work out and we went our separate ways after five years."

Cliona went on to give birth to a daughter, Sienna, and said she was "so grateful" throughout the pregnancy that everything was going well.

When Sienna was born, Cliona realised that her perception of motherhood was very different to reality.

As the months went on, the "baby blues" that she was experiencing weren't lifting, and things started to get heavier to a point where she was "paranoid" and "overly-consumed" with her child and ensuring she was safe.

"I remember one morning she was crying in her cot and her father, my husband, said, 'Is it OK if I pick her up?'," Cliona recalled.

"I remember thinking at that time, what way am I with her that he's actually asking to pick up his own daughter.

"I had an inkling that this wasn't normal but it took another few months before I realised things aren't great." 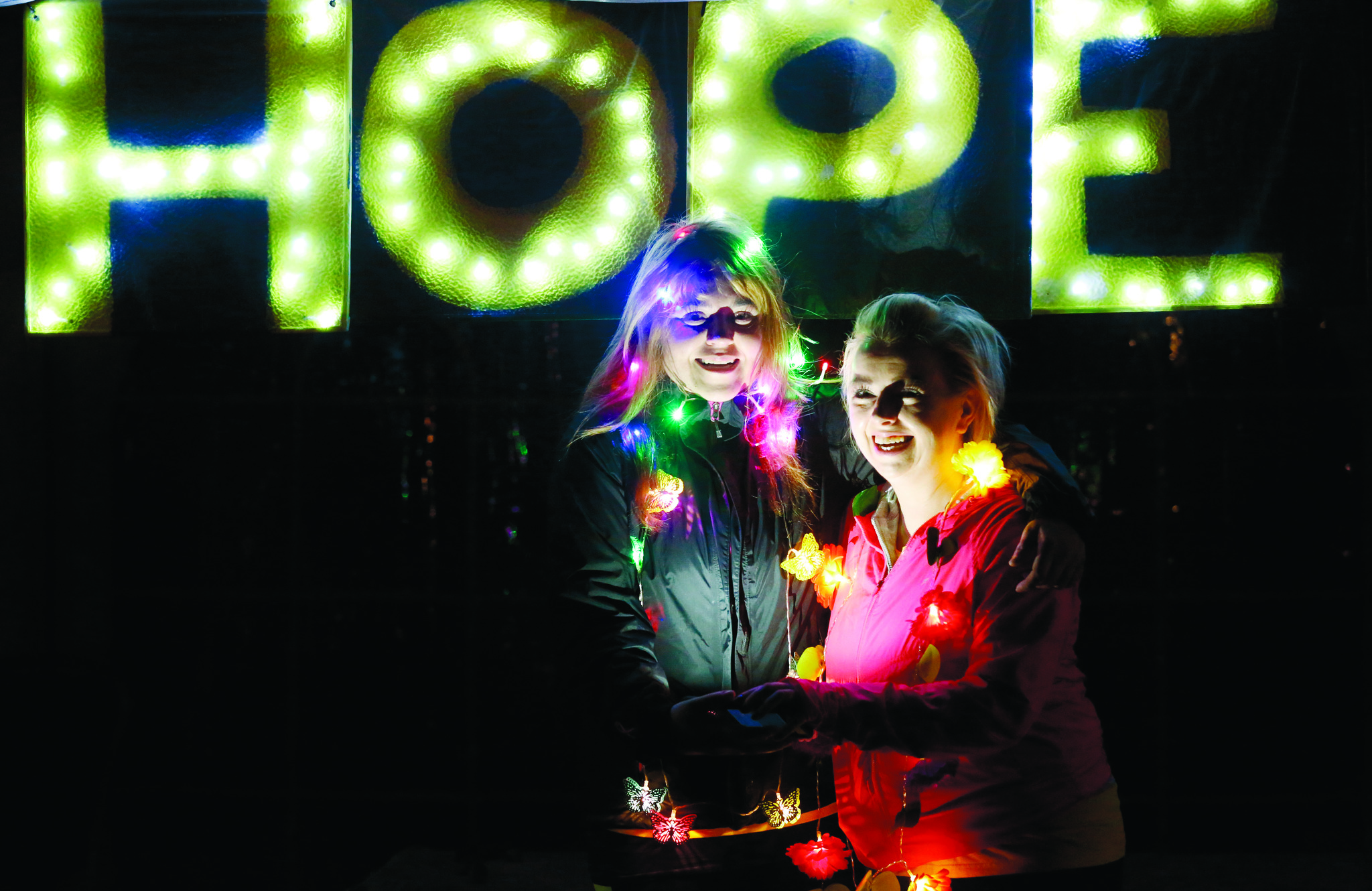 Cliona was subsequently confronted by her husband that she needed to get professional support, so she went to her GP.

She explained her history to the doctor and said she thought she had post-natal depression and she had suicidal ideations.

"At that point, I was met with a prescription for anti-depressants for six weeks and just told to make a repeat visit for six weeks' time to see how I was getting on," she stated.

"I knew personally that that wasn't the route I had wanted to go down, I had been on anti-depressants when I lost my baby initially and they just didn't work or suit me.

Her husband then made contact on her behalf to Pieta House, and while she initially resisted the idea, she knew it was "the last hope".

"There were a lot of mixed feelings and mixed emotions," Cliona explained.

"The minute the door was opened I could feel the warmth, the friendliness, the respect, the compassion.

"There was just an innate, beautiful, human quality to everyone inside in the centre."

She said it was the first time in her life she had experienced what it was like to be in a space where there was no one trying to problem-solve or give advice.

Don't miss your chance to sign up and thank you to @ElectricIreland for your continued support 💛#DIL2021 #DarknessIntoLight2021 https://t.co/AhX1fFXh1V

"Just to be received in a non-judgemental, compassionate space was healing in itself, let alone the counselling that happened after," she added.

After six sessions, Cliona felt like she had come to a place where she was able to navigate and guide her own path forward.

The period of self-reflection after that led to her changing careers and she decided to do a coaching diploma and launched her own business.

Cliona is appealing to everyone to get involved with and fundraise for Darkness Into Light, which takes place tomorrow.

"Without their service, I wouldn't be here to tell my story, and I would urge people to get involved in any way they can, it really is such a life-giving service and you never know when you or a loved one will need their service," she added.

If you have been affected by any of the issues raised in this article, you can contact Pieta on their helpline at 1800 247 247, while people can also text HELP to 51444 to reach a counsellor.

More than €6.4m raised for Pieta House as thousands take part in Darkness Into Light 2021