A number of crime scenes in Norway are being forensically examined after five people were killed ...

A number of crime scenes in Norway are being forensically examined after five people were killed in a series of bow and arrow attacks.

It happened in Kongsberg, 80 kilometres from Oslo.

Two other people - including an off duty police officer - were injured in the attacks, and are now being treated in hospital.

Police have arrested a 37-year-old man in connection with the attacks.

Police say the suspect is a Danish citizen who lives in Kongsberg. 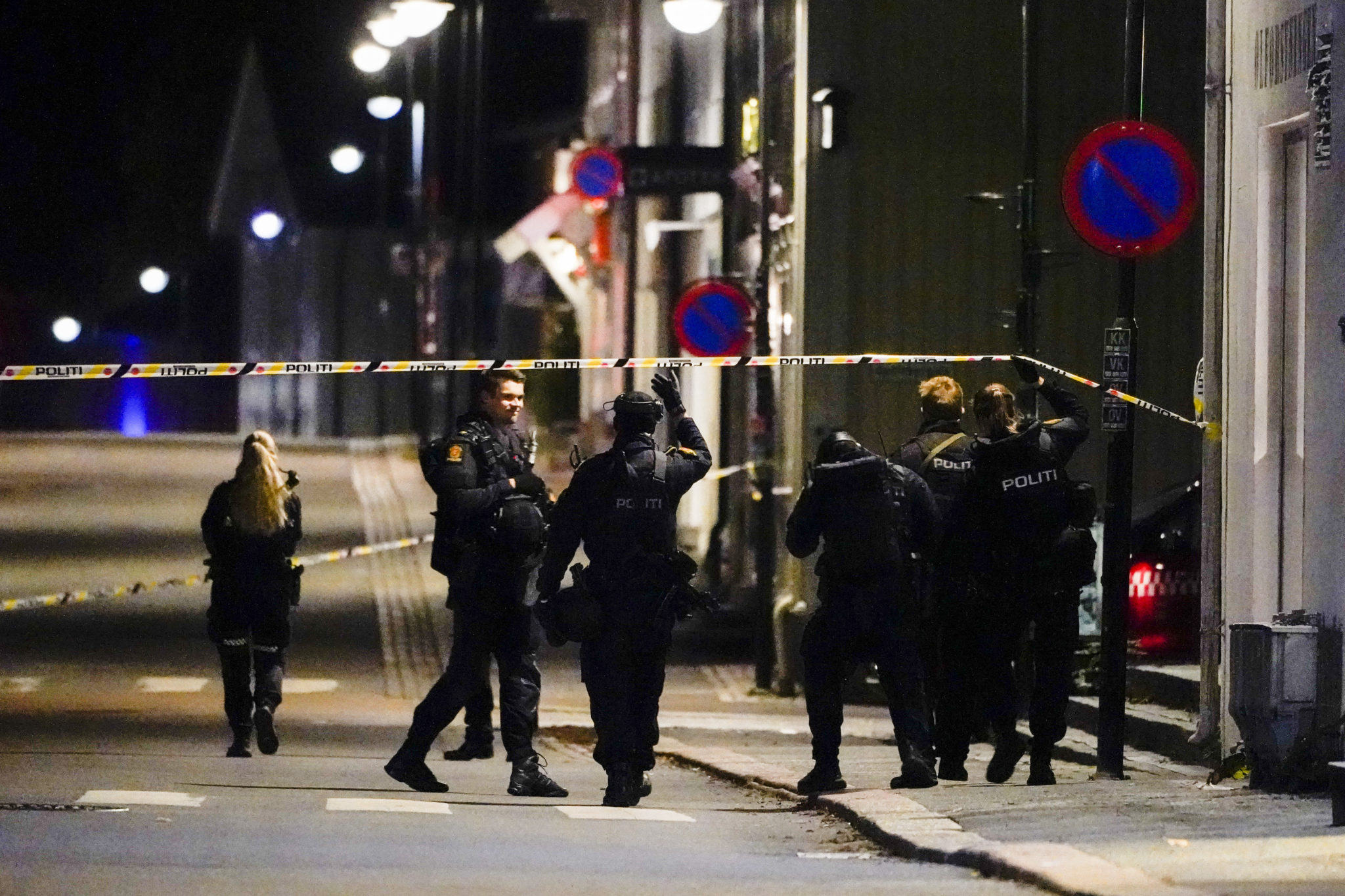 Police stand at the scene after an attack in Kongsberg, Norway, Wednesday, Oct. 13, 2021. (Hakon Mosvold Larsen/NTB Scanpix via AP)

Derek Scally - the Irish Times Berlin Correspondent who is in Oslo - spoke to Newstalk Breakfast about what we know so far.

He said today was meant to be a big political day, with the swearing-in of the new prime minister Jonas Gahr Støre.

However, those political events are now taking place in the shadow of these deadly attacks.

Derek said: "At around 6:13pm yesterday, police started getting phone calls... saying there was a man with a bow and arrow running around.

"Police say he was acting alone. He was arrested and will be questioned today.

"We don't know anything yet about the motive, but police say they couldn't rule out that it was an act of terrorism."

He added that Norwegian police, who are usually unarmed, will be temporarily armed because of the potential threat following yesterday's attack.

Main image: An arrow is seen in a wall after an attack in Kongsberg, Norway, Wednesday, Oct. 13, 2021. Picture by: Håkon Mosvold Larsen/AP/Press Association Images