A further 4,141 COVID cases have been announced this evening. This morning, there were 443 COVID ...

A further 4,141 COVID cases have been announced this evening.

This morning, there were 443 COVID patients in Irish hospitals – down 16.5% on this day last week and the lowest number reported in around two months.

There were 108 in ICU, which is seven fewer than last week.

Meanwhile, the number of confirmed Omicron cases has been revised down from the 42 announced yesterday to 39, “following further data validation”.

The five-day moving average is now 4324. 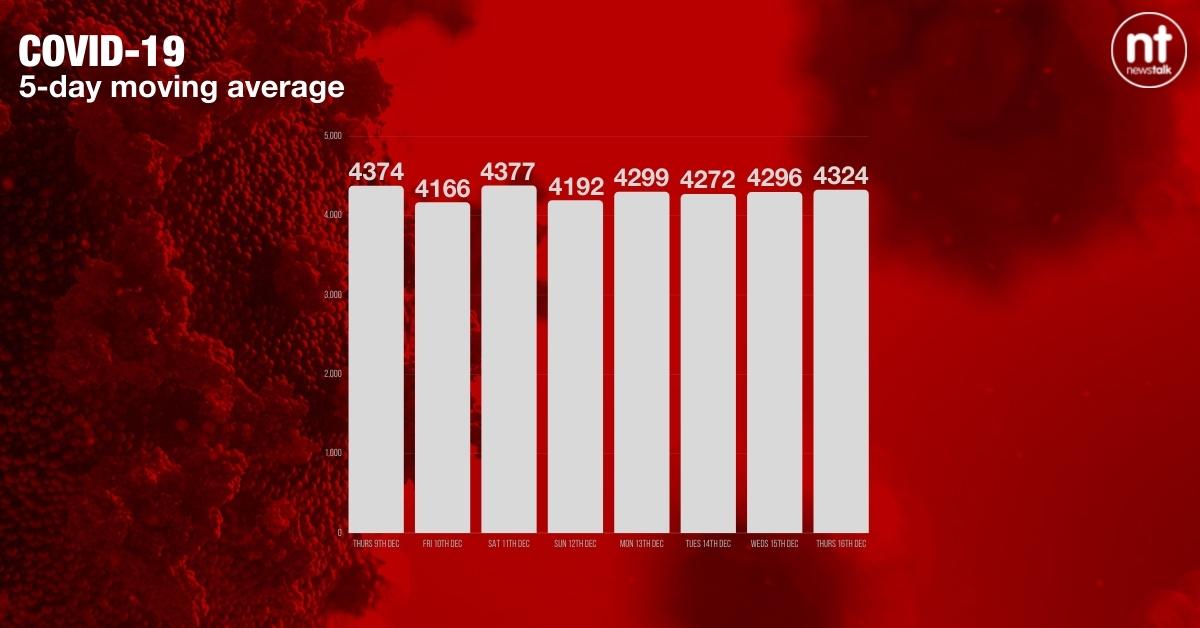 It comes after the Health Minister Stephen Donnelly told the Dáil that an estimated 27% of Ireland’s new cases are Omicron – a significant jump from last week’s 1% estimate.

He said he expects Omicron to be dominant in Ireland by next week.

“We know the variant is spreading rapidly and yesterday, the UK recorded its highest number of cases in one day since the pandemic began,” he said.

“We know it is going to result in an increase in cases very soon here in Ireland as well. The only question is, how high is that increase going to be.”

The National Public Health Emergency Team (NPHET) is meeting again this evening to discuss whether any new restrictions should be introduced ahead of Christmas.

On Newstalk yesterday, the Tánaiste Leo Varadkar said he expected the health officials to recommend new restrictions on social mixing and new measures on social contacts.

He also suggested COVID testing rules for international travel could be relaxed; however, the Taoiseach Micheál Martin later rejected the claim - insisting that testing was going to remain “very important” for both travel and socialising over Christmas.

Meanwhile, the HSE has confirmed that most children aged five to 11-years-old will not be offered their COVID vaccine in time for the return to school in January.