A further 21,384 people in Ireland have tested positive for COVID-19, the Department of Health ha...

A further 21,384 people in Ireland have tested positive for COVID-19, the Department of Health has confirmed.

984 people in hospital have contracted the virus - of whom 83 are being treated in ICU.

The five day moving average has moved to 22,181 - the highest figure since the pandemic began. 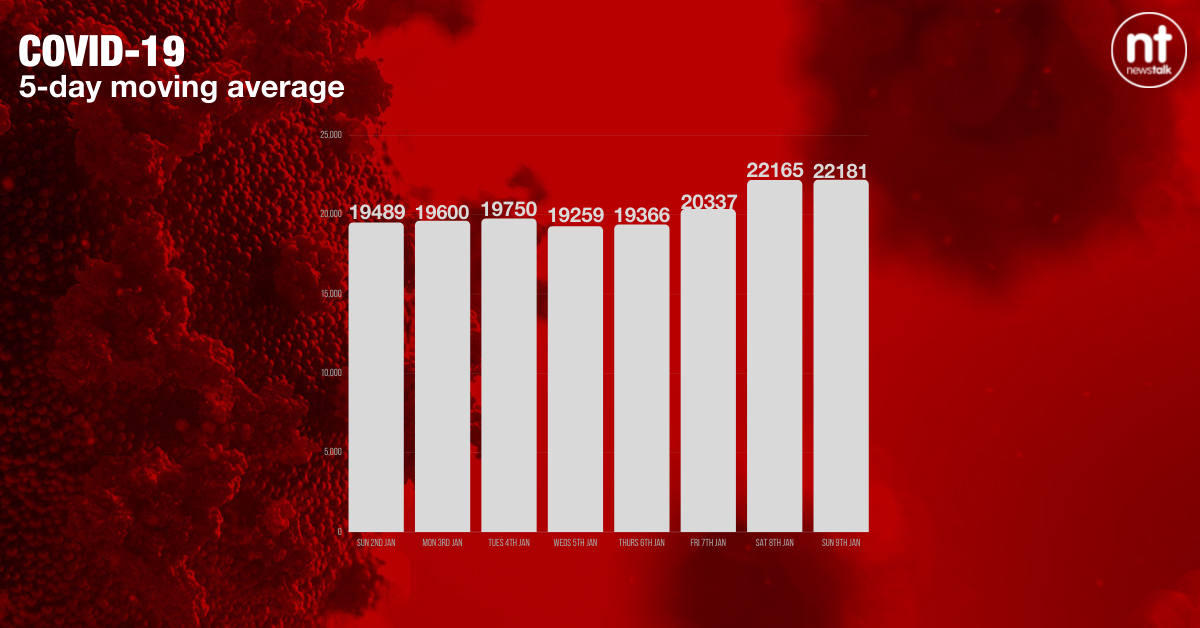 However, Professor Anthony Staines from DCU told Newstalk that the true number of cases in Ireland is likely much higher than the official figures:

“The real number of cases is considerably higher and unknown because the testing system is completely flooded," Professor Staines said.

“And the consequences so far are quite a few people in hospital but remaining within, I don’t know if ‘manageable’ is the right word, but ‘not overwhelming the system’.

“There’s a number of people in intensive care and the number of people dying has risen but to levels which - while they’re still concerning - are not what they would have been without vaccination.” 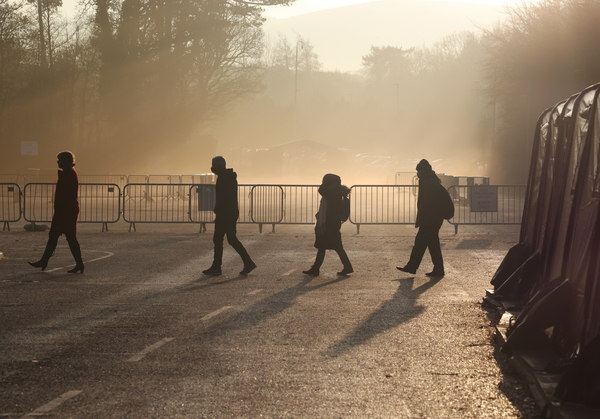 Members of the public queue in the morning frost for booster jabs at the Vaccination Center in Citywest Hotel, Dublin. Photo: Sam Boal/RollingNews.ie

Chairperson of the GP sub-committee of the Irish Medical Organisation Denis McAuley told Newstalk that a disproportionate number of people dying from COVID-19 were unvaccinated:

“The vaccine campaign has got us where we are now, in that I think it is ameliorating the amount of disease we’re seeing.

“I think that is unfortunately so starkly shown in that quite a lot of the people who are dying from Omicron are sadly not vaccinated.”

However,  Dr McAuley added that while Omicron is milder than Delta, it is impossible to say how lethal the next variant will be:

“We don’t know when the next variant is coming,” he said.

“That could be a variant that is very much a Delta orientated variant, so I think getting a booster vaccine is really a good idea.”