The head of the country's COVID-19 modelling group has said the spread of the virus appears to b...

The head of the country's COVID-19 modelling group has said the spread of the virus appears to be “astonishingly stable” in Ireland.

Professor Philip Nolan said there were good signs that the first phase of reopening has not had an adverse effect.

“Almost everything we are seeing is, from my perspective, astonishingly stable,” he said.

“You might expect to see more noise or disturbance in the data.

“The fact that we are seeing nothing in terms of an increase in disease. It remains early to be confident that that is telling us this is working, but it remains a very good sign.”

Nine further coronavirus-related deaths have been announced this evening alongside 46 new confirmed cases.

One previously announced death has been denotifed.

Professor Nolan said the reproduction number of the virus is currently estimated at 0.5 with hospital and intensive care admissions continuing to decline.

“Next week we will see figures that reflect the impact of Phase 1 measures on key disease spread indictors.

“It is our hope that the r-number will remain below one and our progress is preserved.”

As of midnight on Tuesday, just short of 32% of the country’s cases (7,920) were healthcare workers.

Some 3,267 had been hospitalised and 404 had been admitted to intensive care. 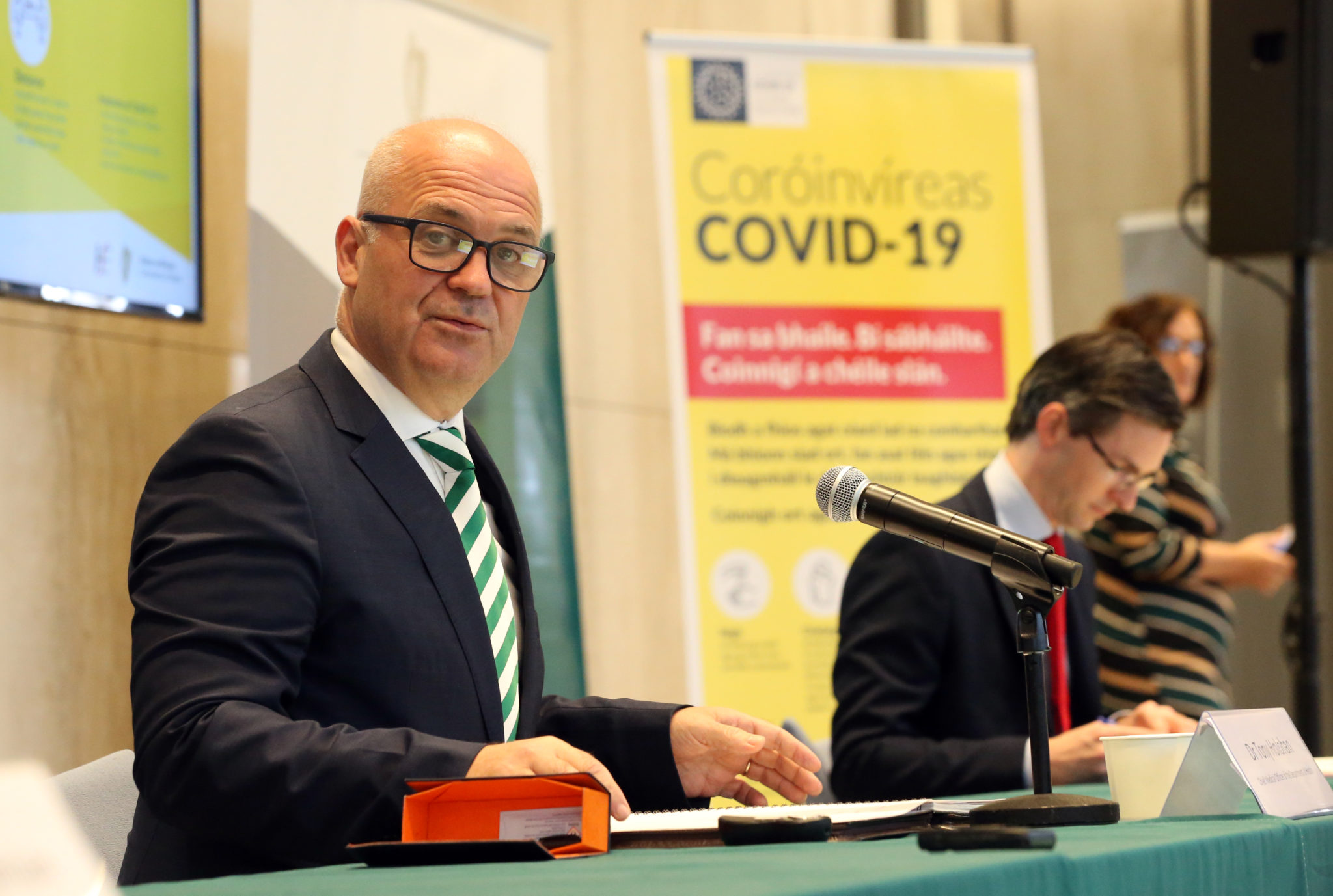 The Chief Medical Officer Dr Tony Holohan said the virus has taken a sad toll on the country with many families losing loved ones.

He said a new mortality paper prepared by NPHET indicates that Ireland’s mortality rate is in “the lower range” compared to other countries in Europe.

“Ireland will continue to report both confirmed and probable deaths from COVID-19 in all settings and direct public health measures to limit the burden of mortality,” he said.

Meanwhile, the Deputy Chief Medical Officer Dr Ronan Glynn said the NPHET had agreed to include a sudden loss of smell and loss of taste among the official symptoms of the virus.

He said the European Centre for Disease Control is expected to give updated advice on the mater tomorrow.