There have been 43 further deaths related to the coronavirus in Ireland. New figures also show th...

There have been 43 further deaths related to the coronavirus in Ireland.

New figures also show that 629 new cases of the virus have been confirmed here, along with 95 back from a laboratory in Germany.

That means there have been 724 new COVID-19 cases identified on Thursday.

It brings the total Irish death toll to 486, while the number of confirmed cases stands at 13,271.

Some 34 of Thursday's deaths were located in the east of the country, four in the west and five in the south.

While 27 people were reported as having underlying health conditions.

Data from the Health Protection Surveillance Centre (HPSC), as of midnight on Tuesday, reveals:

Professor Philip Nolan, chair of NPHET Epidemiological Modelling Advisory Group, said: "Our model today is showing four reproductive numbers, illustrating the different stages of the disease in Ireland over the past six weeks.

"We now estimate our R0 to be between 0.7 and 1.0 - which means current restrictions are successfully suppressing the disease." 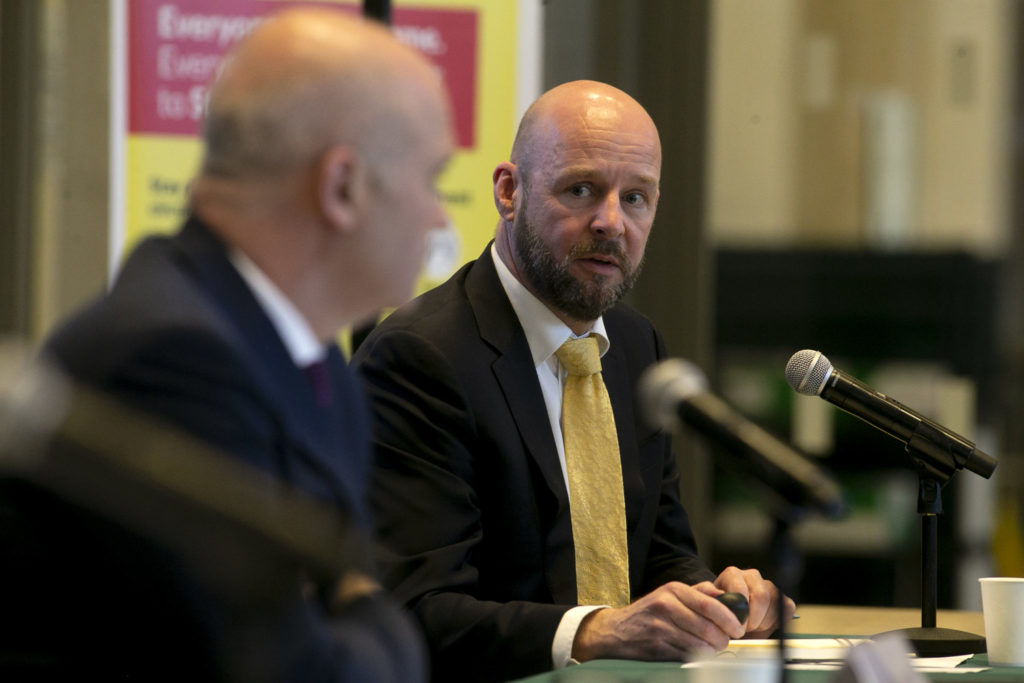 "In the population at large, the virus is contained and effectively suppressed.

"However, the experience of the disease in long-term residential care settings continues to be a source of concern.

"In order to protect the vulnerable the first task was to suppress the virus in the population at large.

"We are increasingly confident that we are achieving this.

"All of our efforts now need to be on extinguishing COVID-19 in our community residential settings, including nursing homes."

It comes as Taoiseach Leo Varadkar warned restrictions may not be lifted on May 5th.

Speaking in the Dáil on Thursday, he said normal life will not fully return until there is a vaccine for COVID-19.

"I don't yet know if we'll be able to relax restrictions on the 5th of May - but I do know that if we can at all, it's going to be gradual and will happen over a number of months.

"As we know from Asia, they may even need to be reimposed again because only a scientific breakthrough - a vaccine or an effective anti-viral medicine - will truly allow life to go back to being as it was".

Meanwhile the coronavirus lockdown in Britain is to continue for at least another three weeks, the government there has announced.

UK Foreign Secretary Dominic Raab said earlier: "The government has decided that the current measures must remain in place for at least the next three weeks."

He said they have been advised that "relaxing any of the measures in place" would "undo the progress we have made" and would "risk damage to both public health and the economy".

"The worst thing that we could do now is ease up too soon - and allow a second peak of the virus to hit the NHS and to hit the British people," he added.

The number of COVID-19 patients who have died in the UK has risen to more than 13,700, after another 861 deaths were recorded.

This includes a total of 158 deaths in Northern Ireland.

HSE: 'Everyone should stay home, and act like they have COVID-19'