The Tánaiste has warned the UK that it must follow through on its commitments under the Brexit W...

The Tánaiste has warned the UK that it must follow through on its commitments under the Brexit Withdrawal Agreement.

It comes amid reports that the British Government had not asked any ports to prepare for new checks or controls on goods travelling between Britain and the North.

Under the agreement, there can be no checks on goods crossing the border between the north and south – meaning they must take place at Northern Irish ports and airports.

🇪🇺🇮🇪 Ahead of the Council today, good to touch base with @simoncoveney, @HMcEntee and team. We will keep a very close eye on the implementation of the Withdrawal Agreement - this will be key for building a solid future partnership with the #UK. pic.twitter.com/8zqaLbYHWI

Speaking as he arrived at the General Affairs Council in Brussels this morning, Simon Coveney said any backsliding on the commitments would “significantly” damage the chances of a trade deal being struck.

“The withdrawal agreement involves significant commitments in the context of Northern Ireland through the Irish protocol that both the EU and the UK need to follow through on,” he said.

“If that doesn’t happen, then I think it will damage significantly the prospects of being able to get even a bare-bones trade agreement – along with a number of other things that need to be done – in place by the end of the year.”

He said the implementation of the agreement was a matter of “good faith and trust.”

“Without good faith and trust building a future relationship is not going to be easy,” he said.

“If there isn’t progress on the infrastructure needed to implement the Irish protocol as part of the withdrawal agreement in the next few months then I think that is going to be a very worrying signal for whether or not it is going to be possible to conclude something sensible before the end of the year." 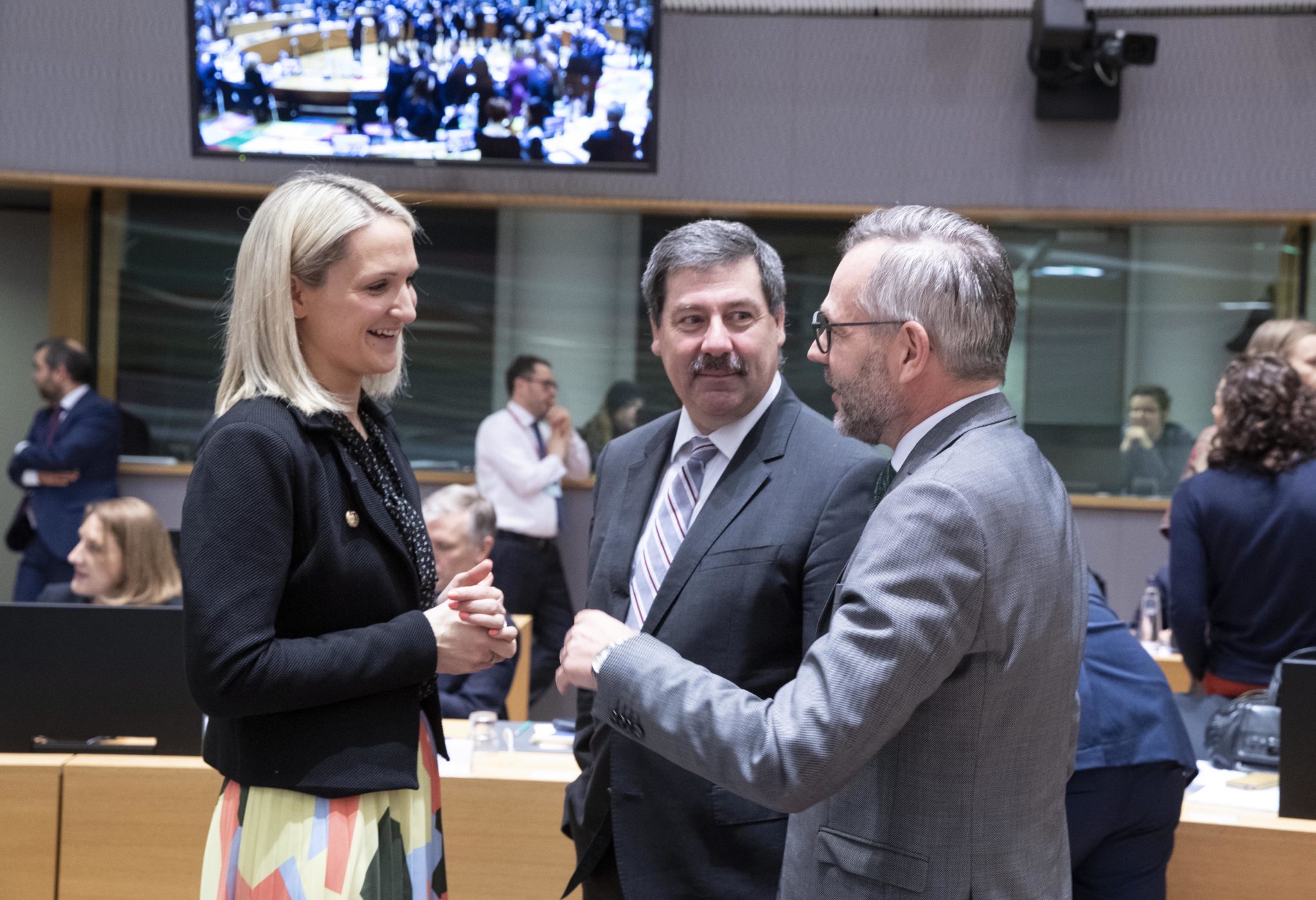 The Minister of State for European Affairs Helen McEntee at the General Affairs Council in Brussels, 25-02-2020

EU foreign and European affairs ministers are expected to formally sign off on the text of the EUs negotiating mandate for the next round of talks today.

The talks will then get underway next week.

Minister Coveney said he feels the text is “strong” form an Irish point of view.

“As you would expect it recognises the importance of protecting the Good Friday agreement, and the peace process,” he said.

“It also recognises very clearly in the language the unique geographical positioning of Ireland and therefore the vulnerabilities that need to be taken account of.”

He said the EU would make an offer to the UK that was generous and fair.